From 10, we count down to crown our winner.

When it comes to picking the best Nintendo DS games, you are spoiled for choice.

In fact, over the past few decades, some of the very best games period can be found on the Nintendo DS and DSi. From household classics such as Zelda to mind-boggling brain therapy with dear old Professor Layton, we have been blessed with industry-leading game design from some of the brightest of talents across the globe.

However, despite an abundance of choice, it’s time to throw down the gauntlet and select just 10 of our favourite Nintendo DS games of all time. To keep things fair, this shortlist considers a wide variety of games and genres. After all, you would be disappointed to see the same franchise being repeated!

So, without further ado, let us crown our editors best Nintendo DS game of all time. Don’t forget to leave a comment with any other noteworthy mentions. Let’s go.

Picking out just one Professor Layton game for our shortlist of the best Nintendo 3DS games was extremely difficult. After all, each game offers superb puzzles that really get your brain going. Combine this with extremely smooth gameplay alongside point-and-click mechanics, sitting back on the couch solving mysteries has never been more enjoyable.

However, due to the fact that this particular game has recently been remade for mobiles, Professor Layton and the Diabolical Box is a standout choice from the series. With amazing graphics, premium voice acting and an engrossing storyline to sink your teeth into, there is much more to enjoy here than just unique puzzles.
–

You could argue that Nintendogs contributed largely to the overall success of the Nintendo DS. After all, where else in 2005 could you interact with insanely cute pooches other than Neopets? As a simulator game, players interact with dogs (and later, cats) with voice commands to call for their beloved pets.

Now while that may sound a little thin, the secret behind Nintendogs actually arrived the longer you played the game. For the best of pet parents (that actually stuck by their dogs) plenty of surprises became available such as agility competitions, hidden items and dog parks to enjoy. Although this game is probably no longer suitable for anybody over a very young age, Nintendogs is still an absolutely fantastic game to teach your little ones how to look after a man’s best friend (or women!).

Today, there are many variations of Nintendogs that you can purchase including Chihuahua and friends, Lab and friends and also Daschund and friends.

So, which breed is your favourite?
–

The fact that Animal Crossing: New Horizons competes so strongly with Super Mario Party on the Nintendo Switch tells you enough about our love for this franchise. Boasting the joys of the Gamecube original, yet with portable play and robust mechanics, Animal Crossing: Wild World ranks 7th on our list of the best Nintendo DS games of all time.

As the first Animal Crossing franchise that could be played online, all of your favourite characters (god bless K.K. Slider) can be shared amongst your friends and family. Still today, Animal Crossing is a game that is much loved by many; despite the fact that the first release came all the way back in 2005.
–

Although not necessary a game perse, Flipnote Studio makes our shortlist due to the many hours of fun we had expressing our creativity. Similar to a drawing tablet, Flipnote Studio offers the user three main tools with which to create drawings: a pen, an eraser, and a paintbrush (each heavily customizable). With these tools, the user may create frames for short or long animated sketches, called Flipnotes.

Additional features such as layering, shrinking, enlarging, moving, copying, cutting, pasting, etc. are also available, as well as the option to import black-and-white images via the DSi Camera Album (though not limited to black and white). As a creative software on the Nintendo DS, Flipnote Studio was loved by many.

Note: Unfortunately, Flipnote Studio is no longer available for purchase.
–

What would a top 10 Nintendo DS game article be without an entry from one of the greatest classic Nintendo games in Zelda? Progressing from the much-adored Zelda: Phantom Hourglass, Spirit Tracks streamlines gameplay and takes huge strides towards eliminating redundant game mechanics such as the repetitive dungeons found throughout Phantom Hourglass.

The result is a fantastic Zelda adventure set against a railroad backdrop, with fantastic characters, genius dungeon design, and pinpoint touchscreen controls in line with its predecessor. Additionally, players will find that Link now plays with a valuable new companion. While navigating dungeons, he’s accompanied by a hulking suit of armour that responds to his commands in the form of a Phantom. Players can tap the Phantom to take command of him, then draw a line on the touch screen to direct him where to go; walking through fire or to be positioned as a platform to carry Link above dangers.

Nobody really expected the Grand Theft Auto franchise to make waves onto the Nintendo DS. However, despite fan scepticism of this proudly PC and console franchise, GTA Chinatown proved that 2D carnage is still an absolute dream. I mean, how could they go wrong with a fully complete title playable on a portable gaming device?

Stepping back into the original 2D version of the game, GTA Chinatown is absolutely packed with plenty of mini-games, a large open world to cause havoc and some modern touches. As fast and hectic as ever, the primary gameplay component of GTA Chinatown is actually drug dealing.

While strange for Nintendo, we love it!
–

With over 30 million copies sold, it stands to reason that New Super Mario Bros would make the cut into our top 5 of the best Nintendo DS games. As the first title to be produced with the updated style of sidescrolling adventures, New Super Mario Bros introduces bags of design innovation that are widely displayed across modern titles.

The longevity of the Super Mario Bros franchise is actually incredible considering the gameplay has remained largely the same. However, with New Super Mario Bros, players can enjoy three hidden gold coins per level; the hilarious Mega Mushroom, which enlarges Mario to gargantuan size; and the equally ridiculous Mini Mushroom, which shrinks Mario to the size of just a few pixels.
–

Winner of Metacritic’s 2008 best Nintendo DS game of the year award, Chrono Trigger DS is an absolute classic. In fact, you only need to jump onto Google for a few moments to see thousands of positive reviews. As the role-playing game of the ages steps up to the plate of the Nintendo DS, players traverse through the past, present and future worlds as Crono attempts to save the planet.

With a revised version of the groundbreaking Active Time Battle (ATB) system alongside special technical skills and powerful combos, the game delivers exhilarating combat mechanics across the entire storyline. Frankly, Chrono Trigger is one of the best video games ever made; securing a place within our editors top 3 best Nintendo DS games.
–

When Pokémon released a direct sequel to the mainline of Pokémon games, it came as a shock to many fans. Nevertheless, the sequel was sure to impress. Addressing several of the primary issues that were amiss with the first set of titles, Pokémon White and Black Version 2 are simply the best and brightest Pokemon games to be found on the DS.

While the originals were superb, version 2 feature plenty of new Pokémon, new legendary Pokémon, extremely entertaining mini-games, highly addictive Pokémon tournaments and of course, the infamous gym leaders that we have all grown to know and love. If you thought that some of the original Pokémon games were a hoot, wait until you get your hands on this title.
–

Without question one of Nintendo’s best ever creations, it comes as no surprise that Mario Kart DS takes the crown as the best Nintendo DS game of all time. Making absolute waves with the Nintendo community as the second portable game of the series, Mario Kart DS was the pioneer for many standard features you see within the franchise today.

Drifting around Wario Stadium, players can enjoy a full heap of retro tracks, modern interpretations of SNES and GBA favourites, single-player missions and, wait for it…

The ability to design your own kart!

What makes Mario Kart DS a complete standout as the best Nintendo DS game of all time is that this was also the first-ever Mario Kart title that supported online gameplay. Even today, the game runs very smoothly considering we are 15 years down the line.

For anybody who just loves Mario Kart and fancies a trip down nostalgia lane, Mario Kart DS is a complete must-own. Just watch them banana peels! 🍌
–

Phew, that was tough. To say that we have a newfound appreciation for the sheer extent of the Nintendo DS game catalogue would be an understatement. It’s no wonder that both the DS and DSi consoles are still wildly popular amongst retro and newborn gamers alike.

What the DS lacks through graphical prowess, it makes up tenfold with compelling storylines, beautiful mechanics and just simply brilliant game design. Nearly every title mentioned on our shortlist of the best Nintendo DS games comes jam-packed with hundreds of hours of fun.

Did we miss any titles? Mario & Luigi? Advance Wars? Castlevania?

Tell us about your favourite Nintendo DS game in the comments below.

You may also enjoy these articles: 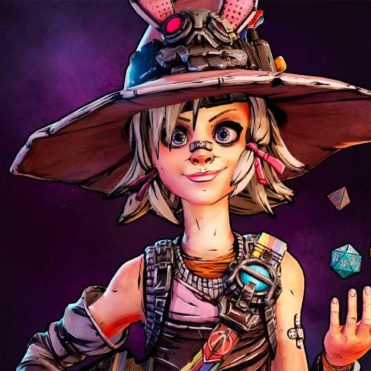