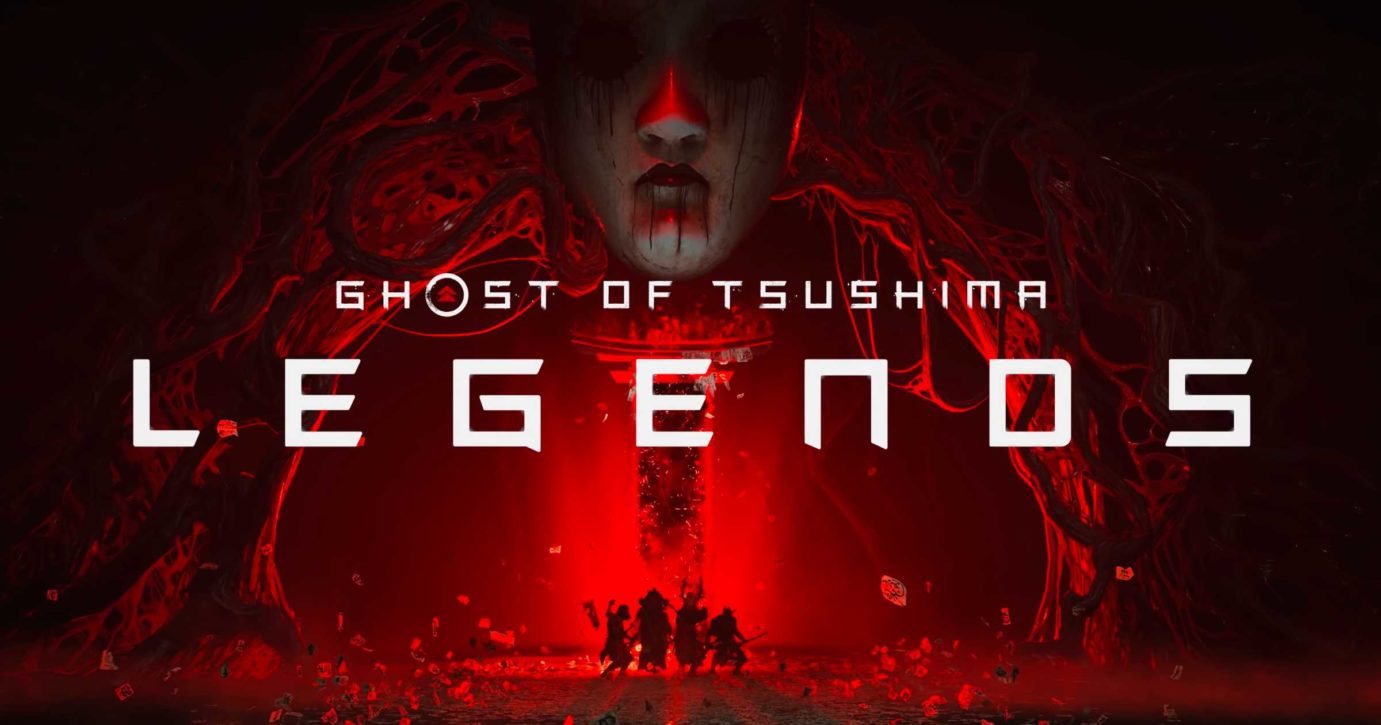 Done with single player? What's next with Ghost of Tsushima Legends?

While an extension of the base game, Ghost of Tsushima: Legends feels different and expands upon what are already great game mechanics. From its massive and strikingly beautiful island setting to relatable and empathic backstories, Ghost of Tsushima Legends is nothing but a gamer’s delight.

But why is Ghost of Tsushima Legends so good? 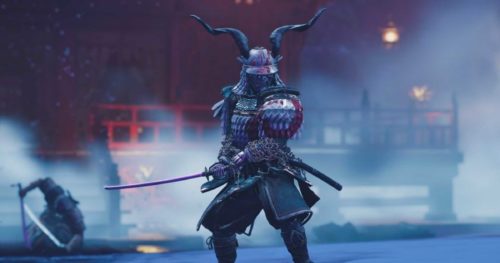 Discover all as we go under the hood of Sucker Punch Production’s latest instalment with our Ghost of Tsushima Legends review. We’re unveiling the base game, the characters, the game modes and more with plenty of Q/A at the end for anyone with further questions. Is Ghost of Tsushima: Legends worth playing? 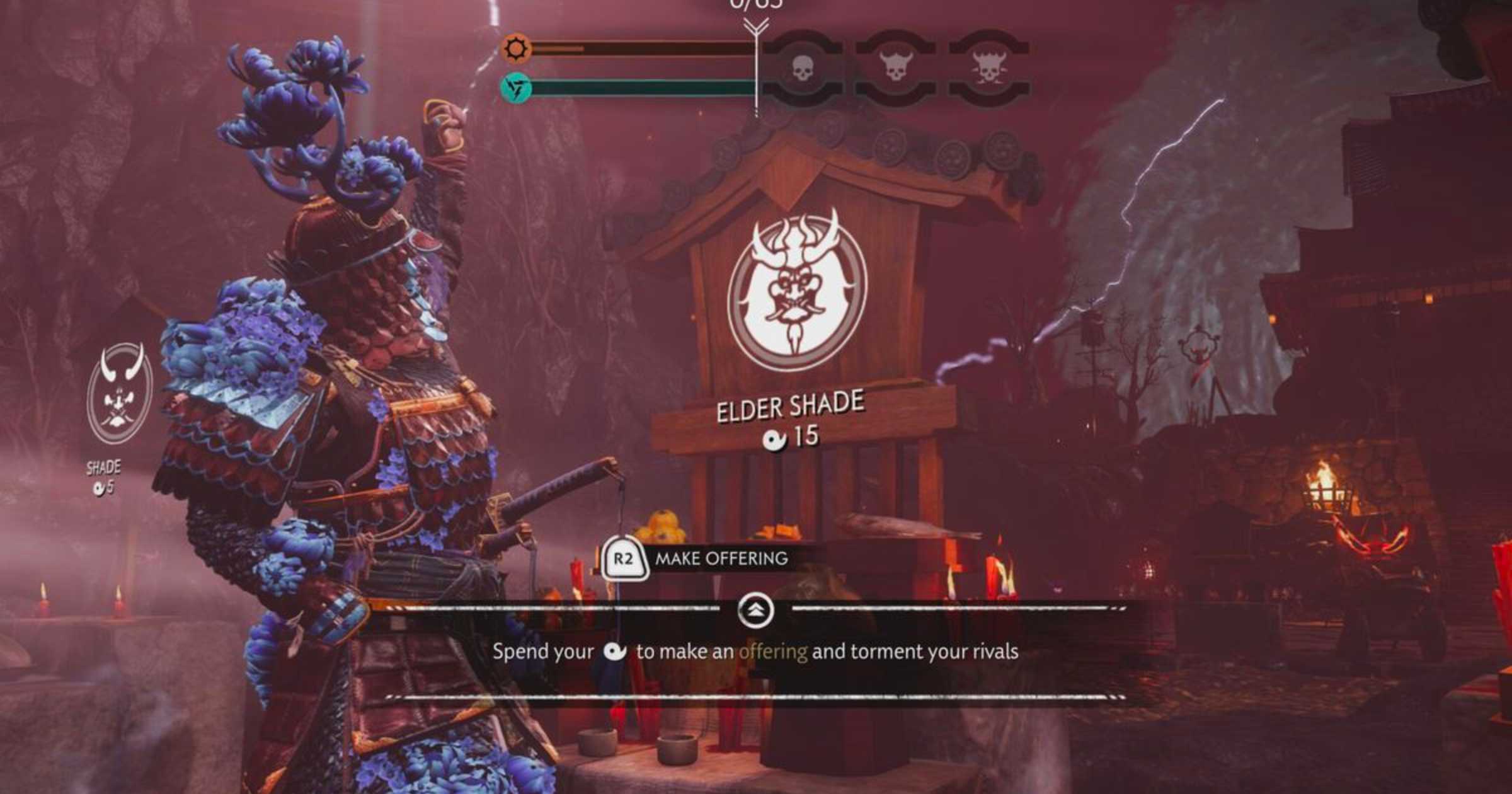 About Ghost of Tsushima: Legends

Not to be mistaken with the base game, Ghost of Tsushima: Legends was not something introduced when the game was released. It is an added feature that surprised fans during the pandemic—including us.

Ghost of Tsushima: Legends is a co-op mode that takes everything you love about the original mode, expands on it and slightly changes the vibes. While still a third-person, action RPG, you and your friends will play various modes, complete missions, and fight against hordes of enemies depending on the game mode you select.

Visually, Ghost of Tsushima Legends goes much darker than the base game. It’s actually more like a quality horror game than a fairytale of the fallen Samurai. With blood-red smeared all over the achromatic world, you can’t help but think you’re about to play a zombie game instead. With menacing movements from the Oni’s and plenty of interesting cosmetics, Ghost of Tsushima Legends does not feel entirely like the base game at all.

Just like nearly every multiplayer action game, players are presented with the ability to select one of the 4 starting classes. Through regular playtime and a pinch of skill, you will level up your starting character so that you can update your abilities, gear, and weapons.

Each class has their own set of skills alongside one unique ultimate ability. Your choices at the start of the game include:

The Samurai is a fighter class, which is basically Jin Sakai from the main game mode and is possibly the easiest character to play as beginners. The Assassin is an excellent choice if you enjoy striking enemies from the shadows using a blade and ninja-like tools. Similarly, you can also choose to be a hunter, which is a fighter that is skilled with a bow—enabling you to take down a bunch of bad guys before they come close.

However, there is no greater hero in our opinion than Ronin class. Every party needs a supporting character, and that is what the Ronin class will deliver. Aside from fighting the Ronin class focuses on healing party members with unique abilities like revive, making them an integral part of any party.
–

To level up in Ghost of Tsushima Legends mode, the mechanics are primarily about killing more enemies in the most dramatic way possible to gain XP. Another way to gain XP or upgrade your arsenal uses a gear-based loot-based system. Each class will come with a Ki level that uses XP. However, the gear-based system such as collecting weapons and charms is scattered across all classes.

Throughout the Ghost of Tsushima Legends, you have the choice to sell gear for in-game currency, enabling you to buy better gear from merchants. Additionally, you can also dismantle looted gear to craft new gear and upgrade existing weapons and armour.

Please note that you can only choose one starting class and unlock the other three as you gain experience and level up. So, make sure you choose wisely because you will be stuck with your first choice for a while until you can switch between them as you progress. As a hot tip, we recommend picking Samurai for beginners. 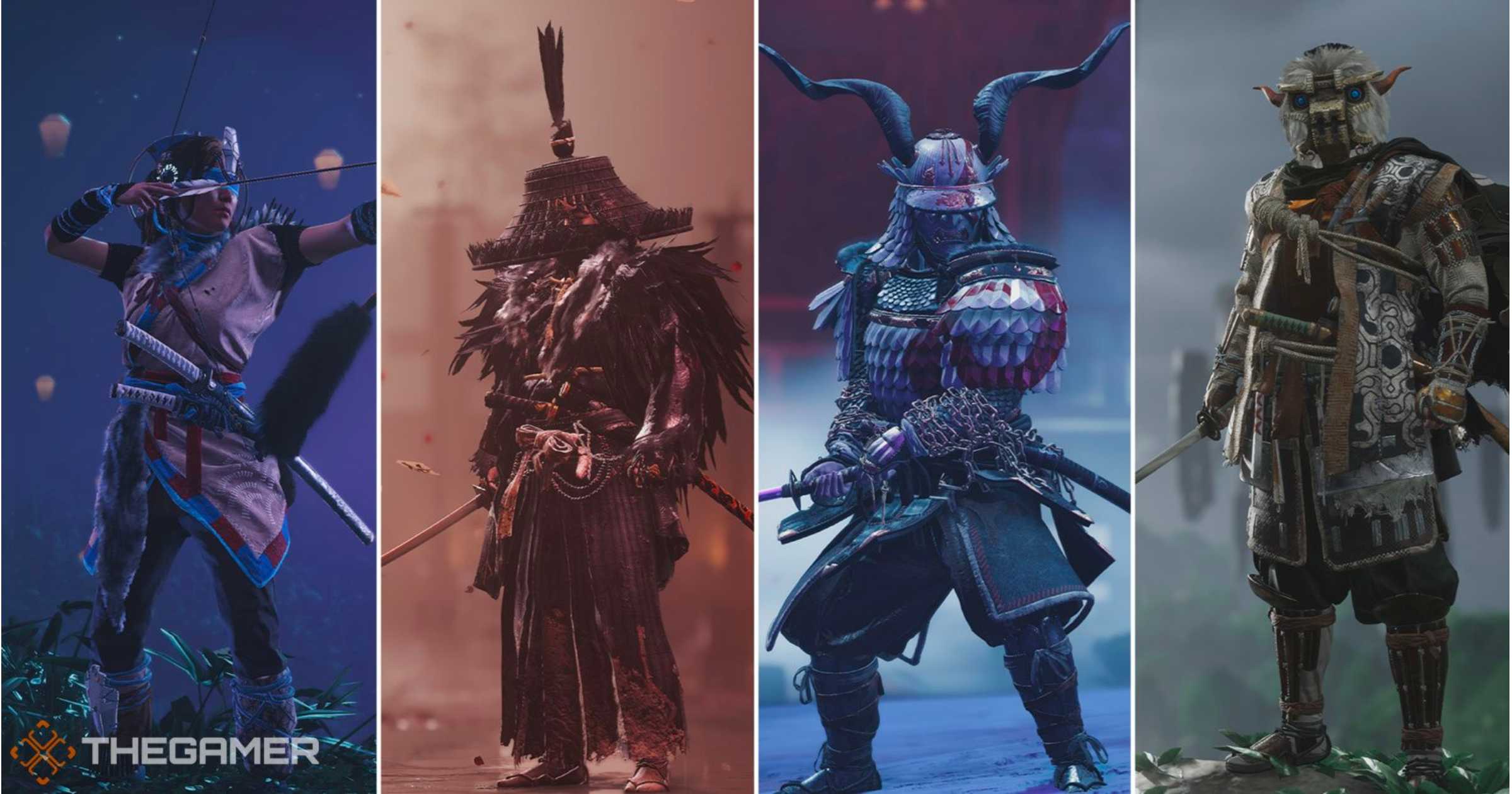 The most exciting part about Ghost of Tsushima: Legends mode is the various game modes you can play with friends. There is a total of 4 game modes to choose from, such as Quickplay, Survival, Story, and Challenge.

The best way to level up and reach peak Ki is to repeat play the Quickplay and Story mode over and over with your buddies. Although that may sound repetitive, the outcome of the story can be different every time—depending on who you are playing it with and the class you choose. So, with some good company, the repetition is not so much of a grind.
–

Choosing quickplay will randomly place you in an existing game. You will either be placed in a random story or survival mode and it is the fastest way to start the game without selecting different options.

As with all quickplay modes, you should expect that not every game will be seamless. After all, not everyone can perform a perfect dodge as perfectly as you. Nevertheless, Quickplay mode is thrilling and without question the best way to get into the thick of the action without too much fuss.
–

Story mode is probably one of our favourites. It is one of the closest styles of gameplay to the original storyline. Plus, aside from getting a new exciting narrative, the only difference from the main game mode is that you can play it with a friend! What’s better than Ghost of Tsushima? Ghost of Tsushima with buddies of course!

The story mode consists of 9 missions that feature tales from Japanese mythology. As a bonus, you will also recognize the familiar voice of Uncle Iroh, from Avatar: The Last Airbender narrating each chapter if you choose the English voice.

This was a particularly nice feature.

The story still revolves around the Mongol invasion you experienced in the main game, but expect it to have more supernatural twists. Plus, you get to choose to play as one of the four spirits of the fallen samurai. These spirits are awakened and tasked with wiping out the Mongols and Oni to help restore peace on the island of Tsushima. 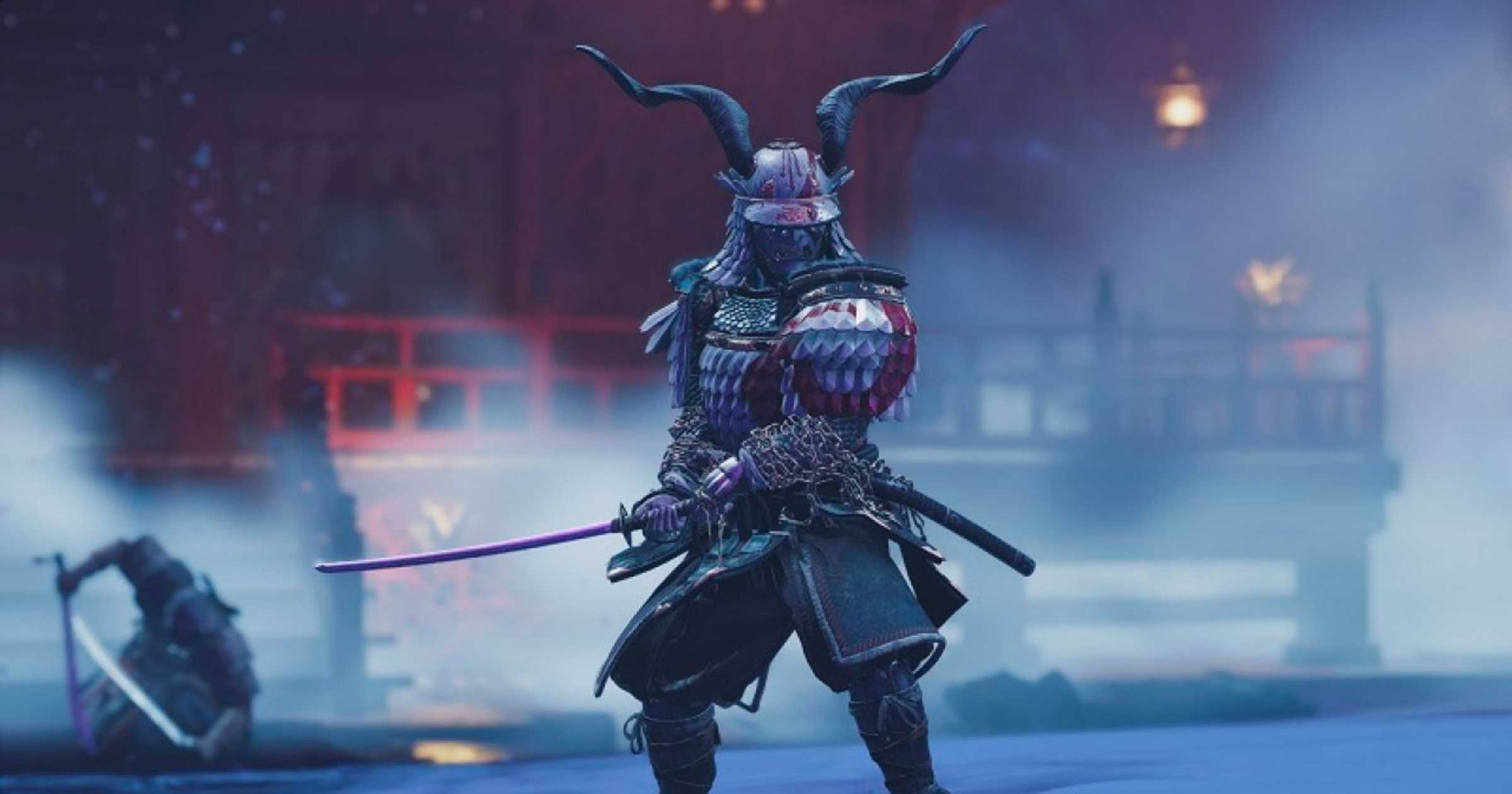 For anyone looking to grind and level up to maximum Ki, Challenge mode is exciting.

In essence, the challenge mode within Ghost of Tsushima: Legends is basically a 3-chapter story mode called “The Tales of Iyo.” It involves raiding 3 areas across the map, and it is well suited to players who like grinding.

Although we have totally played down the difficulty of challenge mode here, the raids themselves are easily the most challenging parts of Legends mode. It requires great teamwork and communication, which is why it is better if you play with a group of people, you have already teamed up with previously. However, you can still matchmake with random players and successfully beat this mode if you are good enough and communicate well.

(Yes, expect some wailing kids too)

One thing to note is that Challenge Mode missions can last hours, so make sure both you and your crew have time to play before starting. If you are not ready to commit to a grand mission, you should probably play quickplay mode instead.
–

Survival mode within Ghost of Tsushima: Legends consists of battling a wave of enemies. Of course, what else could it be!

With a maximum of 4 players, the goal is to hold down forts across different points on the map. As you progress, the waves naturally become more challenging and your metal will be tested. You will be fighting against Mongols and Oni enemies for hours upon end with the key to success always with your ability to communicate with your fellow Samurai.

If you could imagine a great big historic and blood battle, that is exactly what you will get with Survival Mode. However, for anyone who is not too good with the sword, you can happily lower the difficulty for a more peaceful gathering. A cup of herbal tea anyone?

Be warned, the max difficulty is insane. 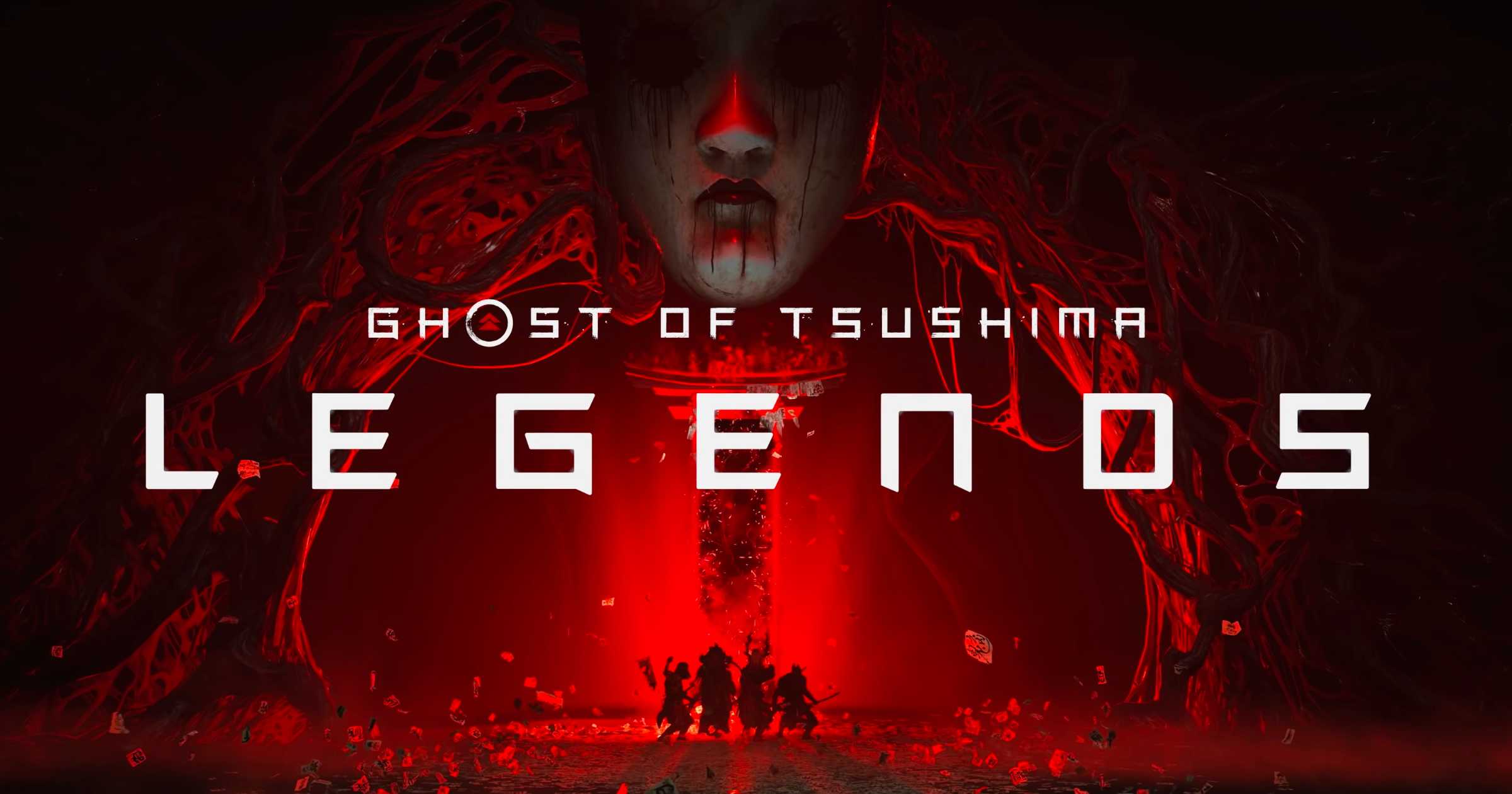 So, Is Ghost Of Tsushima Legends Worth Playing?

Ghost of Tsushima Legends is definitely worth playing.

For anyone who loves compelling RPG storylines, thrives off sword combat and can appreciate what good gameplay looks like, Ghost of Tsushima: Legends (and the base game too) are absolute must buy’s this year. As one of the best open-world action RPG games to be released within the past few years, Ghost of Tsushima is just legendary.

And so, it stands to reason that Ghost of Tsushima Legends will be just as good, if not even better than the base game!

Ghost of Tsushima is planning to release a stand-alone Legends game that will offer more game modes, such as Rivals. This new game mode included in the stand-alone version will feature 4 new modes in addition to the 4 existing modes—which is pretty exciting news if you really enjoyed playing the main game and Legends.

Of course, just like most games, Ghost of Tsushima: Legends will not be absolutely perfect. The chances of stumbling across some small glitches obviously will exist. However, nothing beats the blade-to-blade combat system and even more so when hacking away with your friends. It’s a joy to behold.

Thoughts on Ghost of Tsushima Legends? Join the comments below.

Ghost of Tsushima: Legends Review
What's better than playing Ghost of Tsushima? Playing Ghost of Tsushima Legends with friends of course! For that reason alone, this is an exciting expansion to the already wildly popular base game and we can only see the elements improving.
FTW
Insane Combat Mechanics
Beautiful Landscapes
A Strong Challenge
Took The L
A Little Repetitive
Small Glitches
90
Editor's Rating
–

Questions about Ghost of Tsushima Legends and Sucker Punchs’ co-operative RPG adventure? Check out some of the most frequently asked questions our Ghost of Tsushima: Legends game reviewers are asked.

Content Disclaimer: This Ghost of Tsushima Legends Review is independently written. We have not been commissioned by Sucker Punch, nor have we received any royalties for this article. This includes financial reimbursement, free advertising or the Ghost of Tsushima game.

Should you click on any link to Amazon and make a purchase, we may receive a small commission. But that’s just how we keep this website alive! Feel free to hit us up in the comments with any questions you have about our reviews or Ghost of Tsushima Legends and the next instalment of what is quite possibly one of the best action-RPG games of all time. 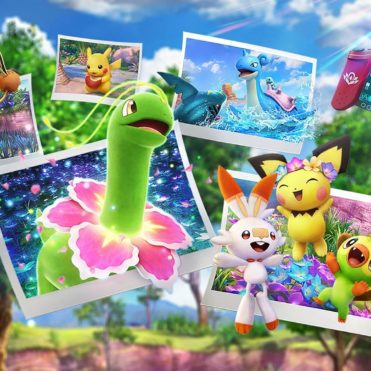