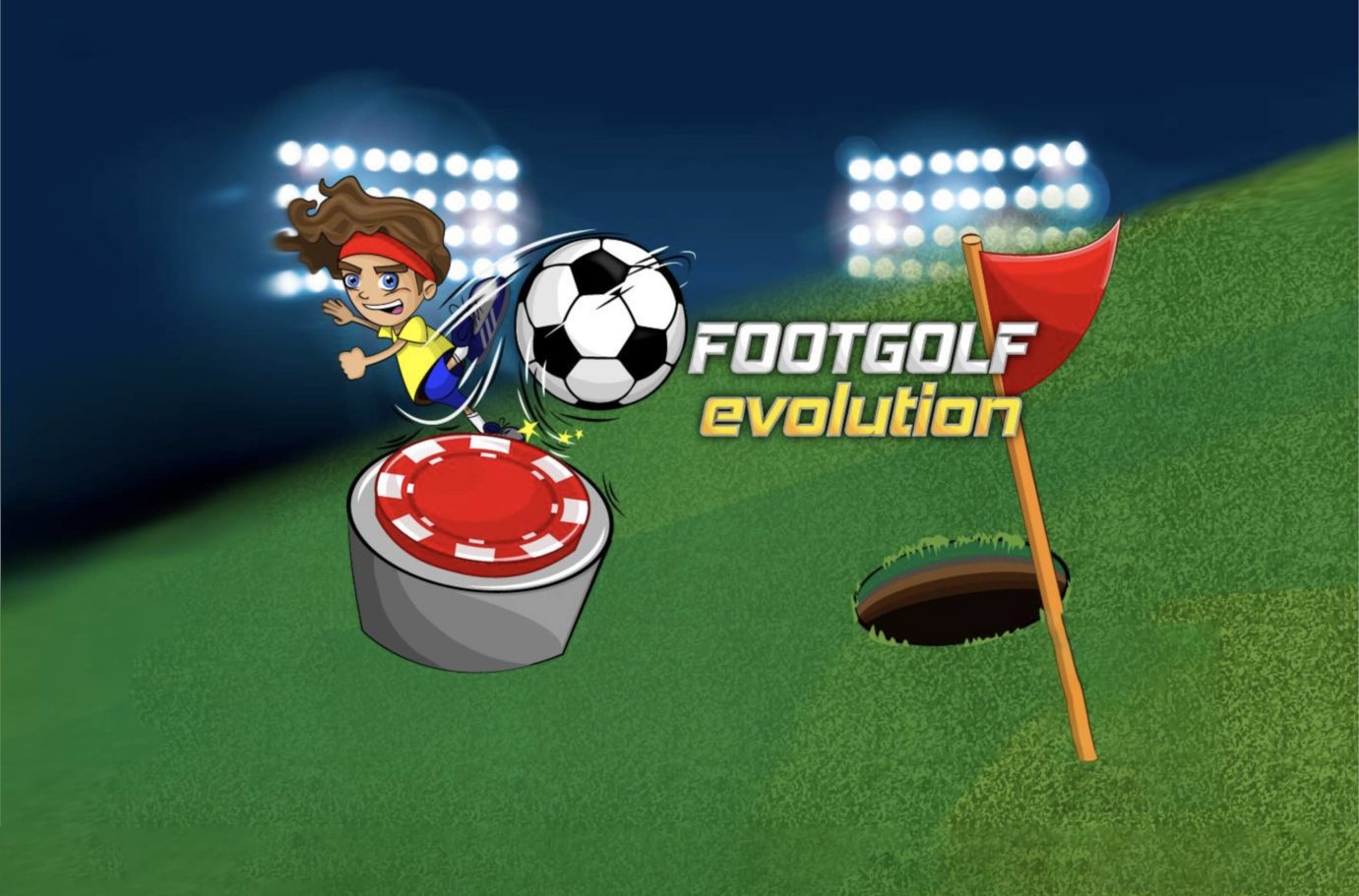 Sick of PGA Tour? Here's a super fun free online golf game for you to play.

I recently wrote an article about my addiction to Solitaire after stumbling across a free to play website during my travels throughout Melbourne. It was tragic, to say the least.

But we got through.

Since harvesting a new found appreciation for free to play online games, I have actively been searching for other high-quality websites that offer fun experiences without the need for packet installs or software downloads.

During my search, I stumbled across a website that houses over 3,000 of them! From cricket to quizzes, bowling to Ninja games, www.plays.org hosts thousands of free online games and each one of them requires absolutely zero software.

If you thought that Solitaire was my only guilty pleasure; you would be wrong!

Another game I’m currently hooked on 100% completing is Footgolf Evolution. It’s a combination of soccer, golf and pinball that delivers a myriad of miniature golf challenges. From just completing levels to trying my best to hole in one every single challenge, scroll down to read my comprehensive Footgolf Evolution review.

May the fores be with you!
– 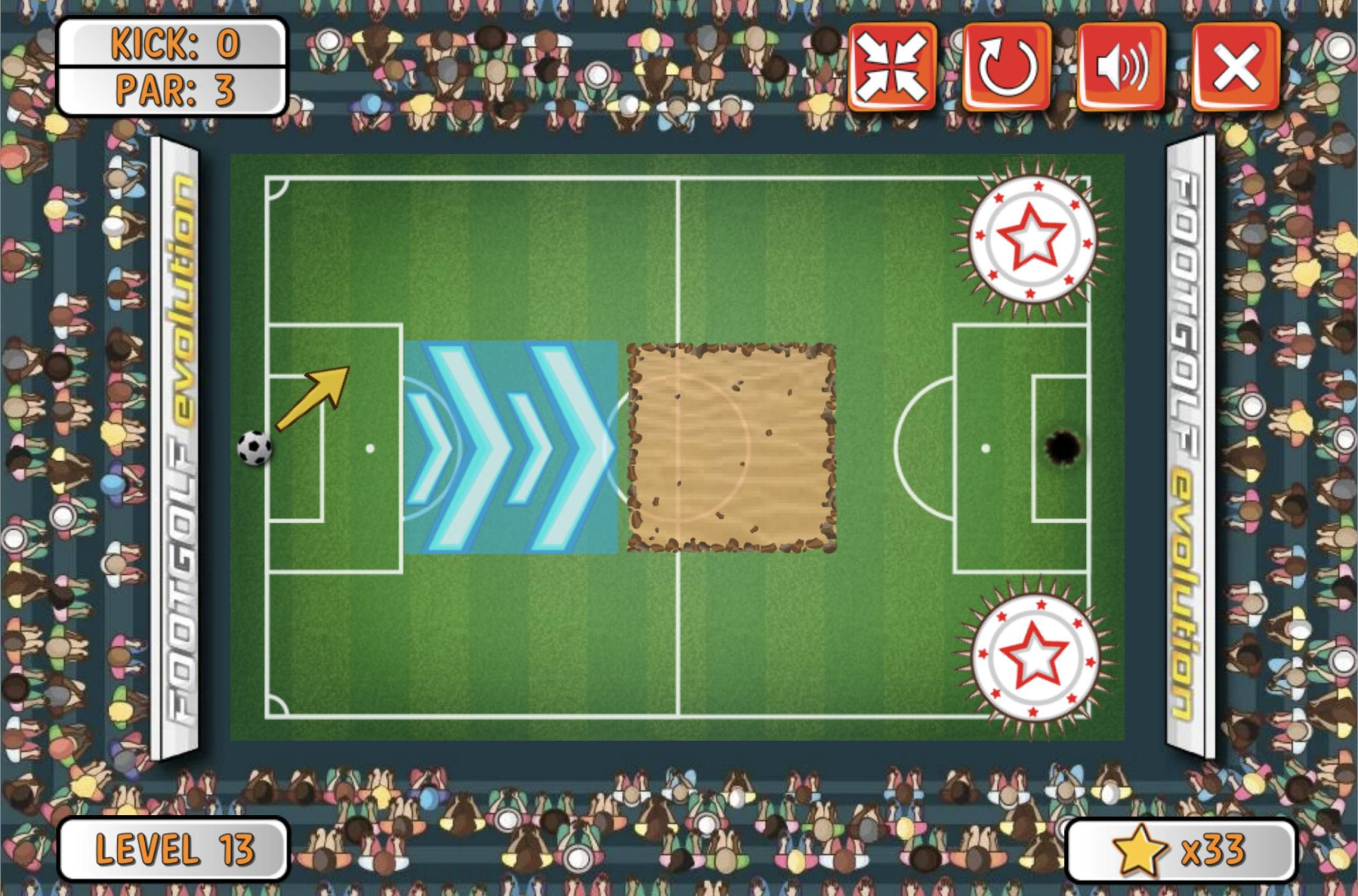 What Is Footgolf Evolution?

What do you get when you put soccer, miniature golf, pinball and freebies into an online game developers blender? – Footgolf Evolution.

By now you have no doubt played many variants of the popular miniature golf game. But none that include soccer, golf and pinball all wrapped up into one. As a click, drag and release style arcade game, Footgolf Evolution contains 24 levels of miniature golf action.

With your performance on each level graded by 3 stars depending on where you score over par, par or under par, the onus is on you to not only complete the levels in order but also to max out your star rating too.

It may take a few repeats of each level to get the right angle but I can assure you that 3-stars is possible on every single hole as you’ll see from my image below!

Every aspect of the graphics throughout Footgolf Evolution is pretty much what you would expect from an arcade style online free game. It’s not going to be winning any awards for best CGI performance of the year, but, by all accounts, the graphics are very pleasant on the eye and not overpowering.

It’s a golf game. It doesn’t need to be flashy.

On the home screen you have some 3D style clipart character that’s kicking a ball towards the pin and, during play, there is a hole in the ground when kicking the ball on a soccer pitch. Oh, there’s also a huge crowd as the stadium is packed with onlookers as you try to score your first hole in one.

Perhaps a little overkill on that front, yet, I really didn’t mind the attention.

With smooth animations surrounding both the ball and the pin, the games graphics are also intuitive and almost guide you into what you need to do without having to figure out too much which is great for new gamers.
– 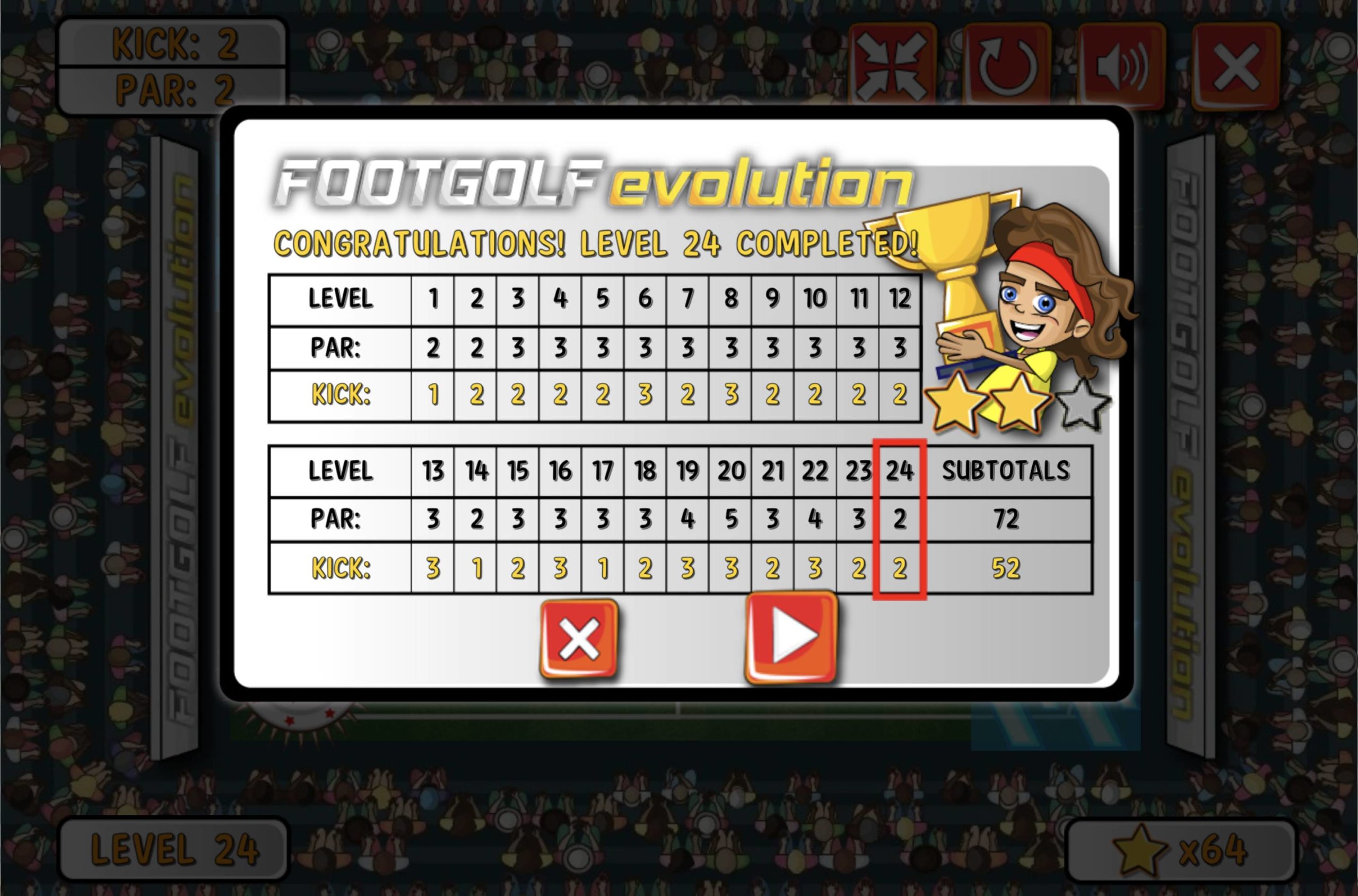 The controls of Footgolf Evolution are fairly simple and can be picked up reasonably quickly. In similar style to the smash hit 8-ball pool game from Miniclip, players click and hold to drag and aim where they want the ball to travel. By pulling your mouse back farther from the ball, your shot will naturally have more power.

The aim of the game is to not only aim correctly but also judge your power to ensure you don’t overshoot the hole or fall short. By misplacing your power, you can also end up landing within a bunker or behind one of the many obstacles which would ultimately force you to take another shot.

While the game is not actually too difficult, misplacing your shot can be easy and takes a little getting used to before you start hitting birdies on almost every hole. To hole in one though, that’s a completely different level of complexity and one that may not even be possible on every hole that you play.

The soundtrack on Footgolf Evolution is not half bad too!

Symbolical of your typical arcade style sports game, the game heavily leans towards rock music which is a good fit for the overall graphics and gameplay. For the golfing purist, you’re going to absolutely hate rock music on a golf course but remember, this is arcade golf – not your typical regal experience.

The good news for you is that you can quickly turn off the sound should you wish to play in silence. But, that would be pretty boring so rock it out duuudes!
– 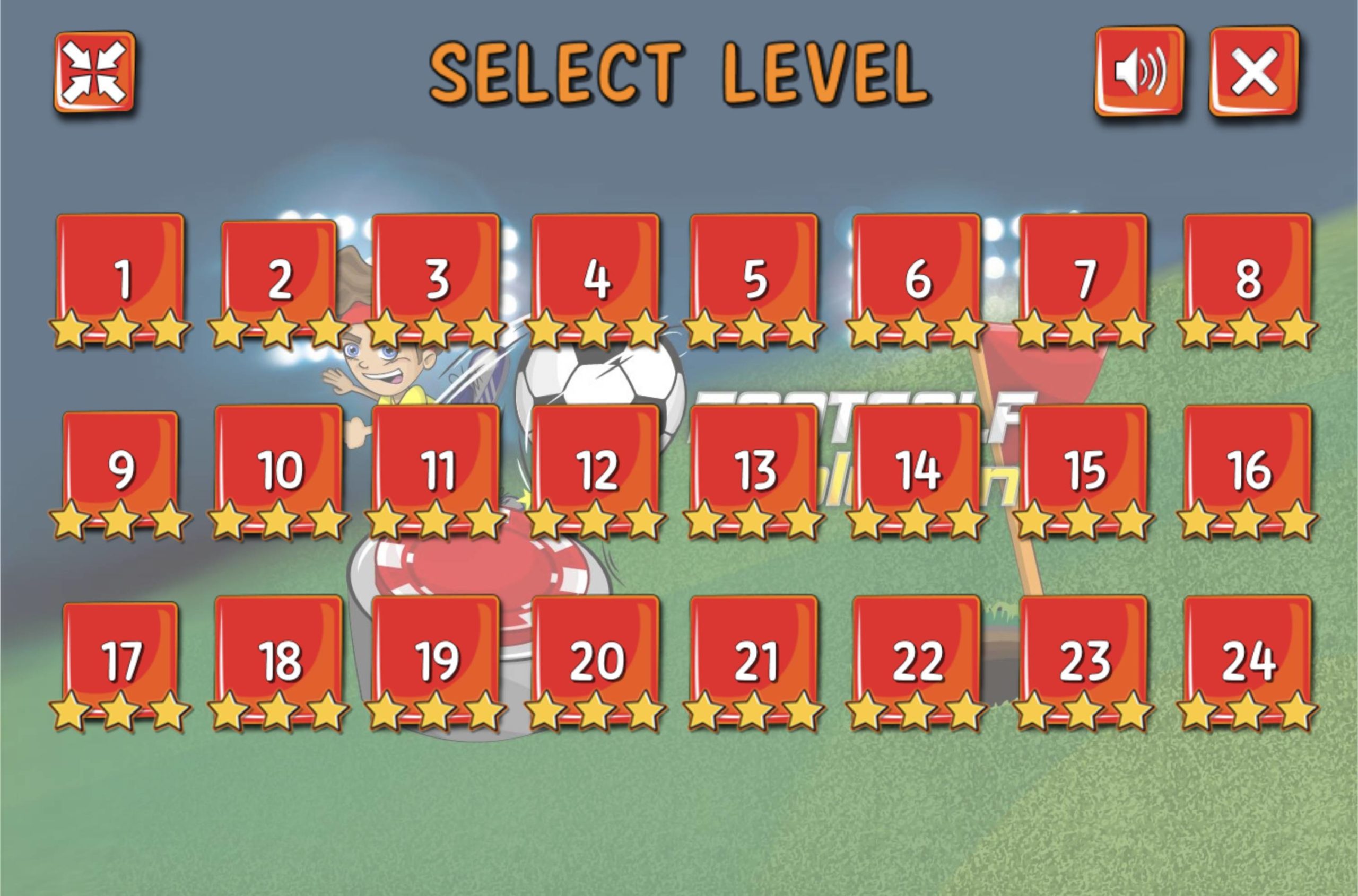 All in all, we’ve graded this Footgolf Evolution review a respectable 86%. Had there of been more levels, this arcade miniature golf game that blends soccer, golf and pinball would easily have scored much higher. Yet, it’s such a short game we felt a little gutted when it was all over. Sure, you can replay levels to beat your lowest score for each round, but it’s a shame there was only 24 levels to play.

For anybody who hasn’t played Footgolf Evolution, this is a must play online game for first timers. There’s also tons of other golf games on the website too such as chip and pin style golf games and many more. Plays.ORG offers up hours of free entertainment and I cannot deny I got lost in here for quite a considerable amount of time. Which is a good thing!

Content Disclaimer: This Footgolf Evolution Review is independently written. We have not been commissioned by the developer, nor have we received any royalties for this article.

Should you click on any link to Amazon and make a purchase, we may receive a small commission. But that’s just how we keep this website alive! Feel free to hit us up in the comments. We would be happy to answer any questions you have about our Footgolf Evolution Review. We hope you enjoyed reading this article! 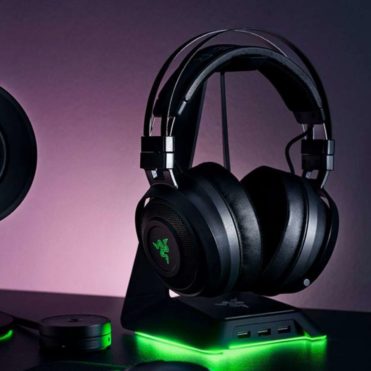 Razer Nari Essential Review 2022
Got an opinion?
Leave us a comment!