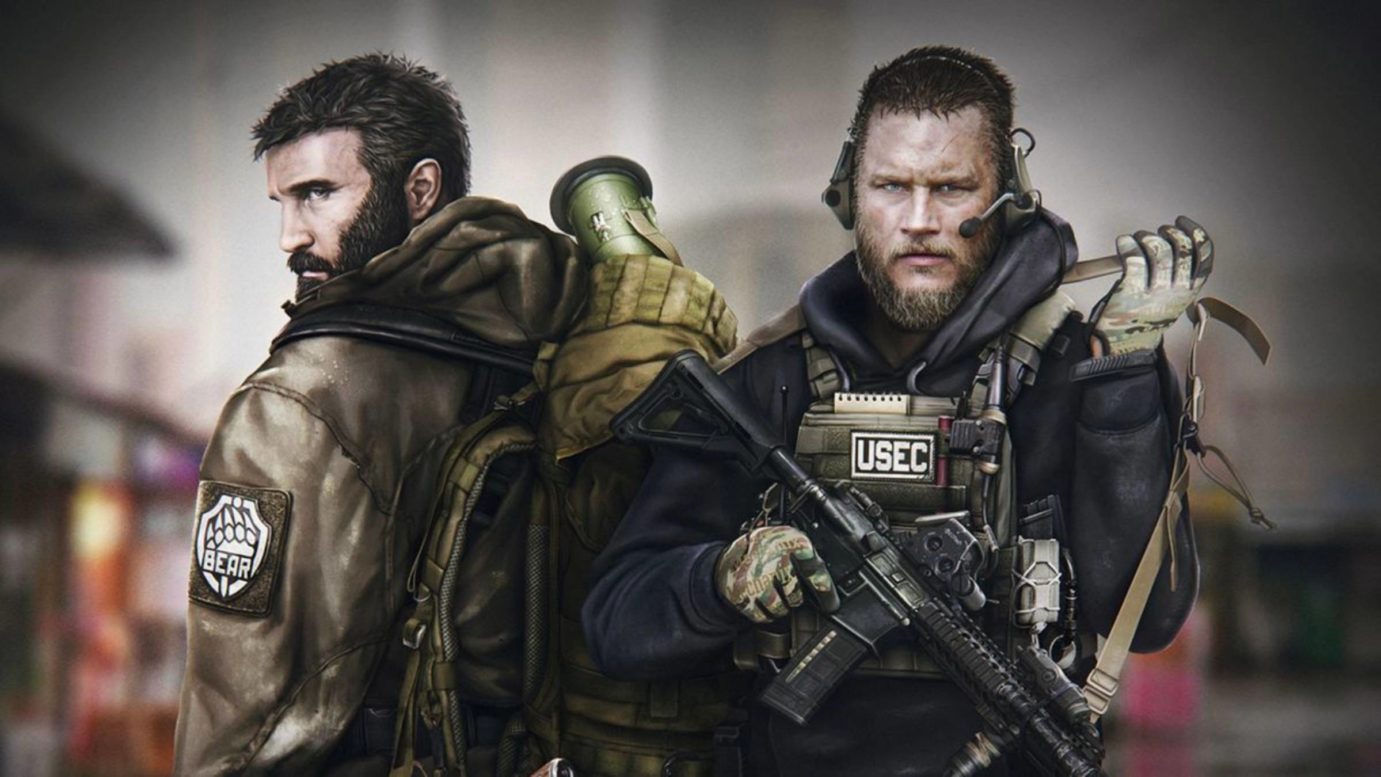 Make no mistake, Escape From Tarkov is an extremely difficult game to master; especially for newbies. But fret not as our editors have played countless hours of this much loved FPS survival game to bring you 5 of our biggest Escape From Tarkov tips for beginners!

Released in 2016, Escape from Tarkov is one of those detail oriented games that changed the way we look at the survival video game genre forever. Leaving players marvelling at the progress gaming technology has made in the last couple of decades, Escape From Tarkov (despite it’s 2016 release) is one of the most realistic FPS survival games right now.

The objective? Play as a mercenary and survive through countless raids while making your way to exit points. Your single mission, which is evident from the name, is to escape this unforgivable place! And while that might sound simple, you’ve probably realised already that what really sets Escape from Tarkov apart from its rivals is the steep learning curve that lays before you. Hence why you’re looking for Escape From Tarkov tips!

For gamers who have zero experience with FPS games, you might want to steer clear or take up some heavy reading before playing. There’s no tutorial during play and the game leaves absolutely zero clues throughout.

But it’s the brutality that really makes Escape From Tarkov special!

If you are sick and tired of getting blasted into smithereens and want to have a fun experience in Escape from Tarkov, check out our editor’s hand-picked list of beginner-level Escape From Tarkov that will help you escape unscathed (well, just a little). 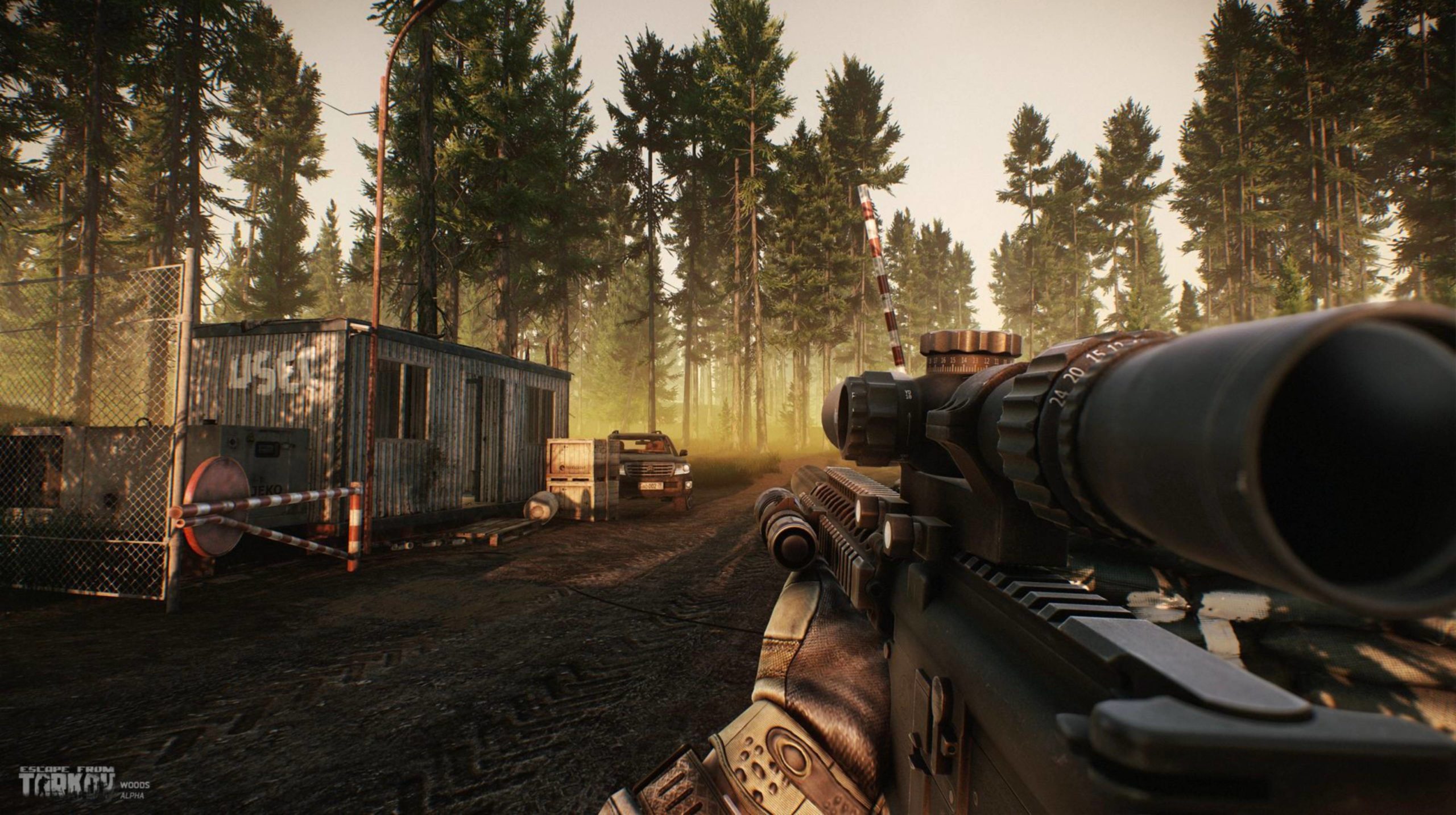 Escape From Tarkov Tips For Newbies

While we don’t condone cheating of any nature, if you really are struggling, you can also checkout this guide to some of the best Escape from Tarkov cheats, hacks and aimbot to transform your mercenary into something from the heavens.

But, for now, check out our Escape from Tarkov tips for new players and beginners to escape from the treacherous lands exactly the way it was supposed to be!
–

1. Get comfortable with the controls

Our first tip is something simply cannot be emphasised enough. It is essential that beginner players of Escape from Tarkov must get familiar with the controls of the game before even thinking about going on an adventure. As it should be evident by now, Escape from Tarkov is a serious game. So, you can forget about the basic and user-friendly shooter HUDS here. It’s all up to you to figure stuff out!

While the classic WASD control is still present in Escape from Tarkov, there are several other hotkeys that players have to learn to be anywhere near competent in this game. The most helpful hotkey you need to remember is R for Reload, as there is no automatic reloading mechanism. And trust us, you’ll need it!

Similarly, you need to press TAB to access inventory, ALT + T to check on your ammo, and finally SHIFT + T for the chamber. All of these are crucial, and players need to remember them by heart as there is no other way to know how many bullets you have remaining in your weapon. It’s as real as it gets to fighting your way out of a bad situation.

Other notable hotkeys are “Q” and “E” to lean out from behind cover whilst using ALT to hold breath, which can be beneficial when taking a steady aim. Frequent FPS players will be very familiar with the concept of steady aiming when looking down sight.
– 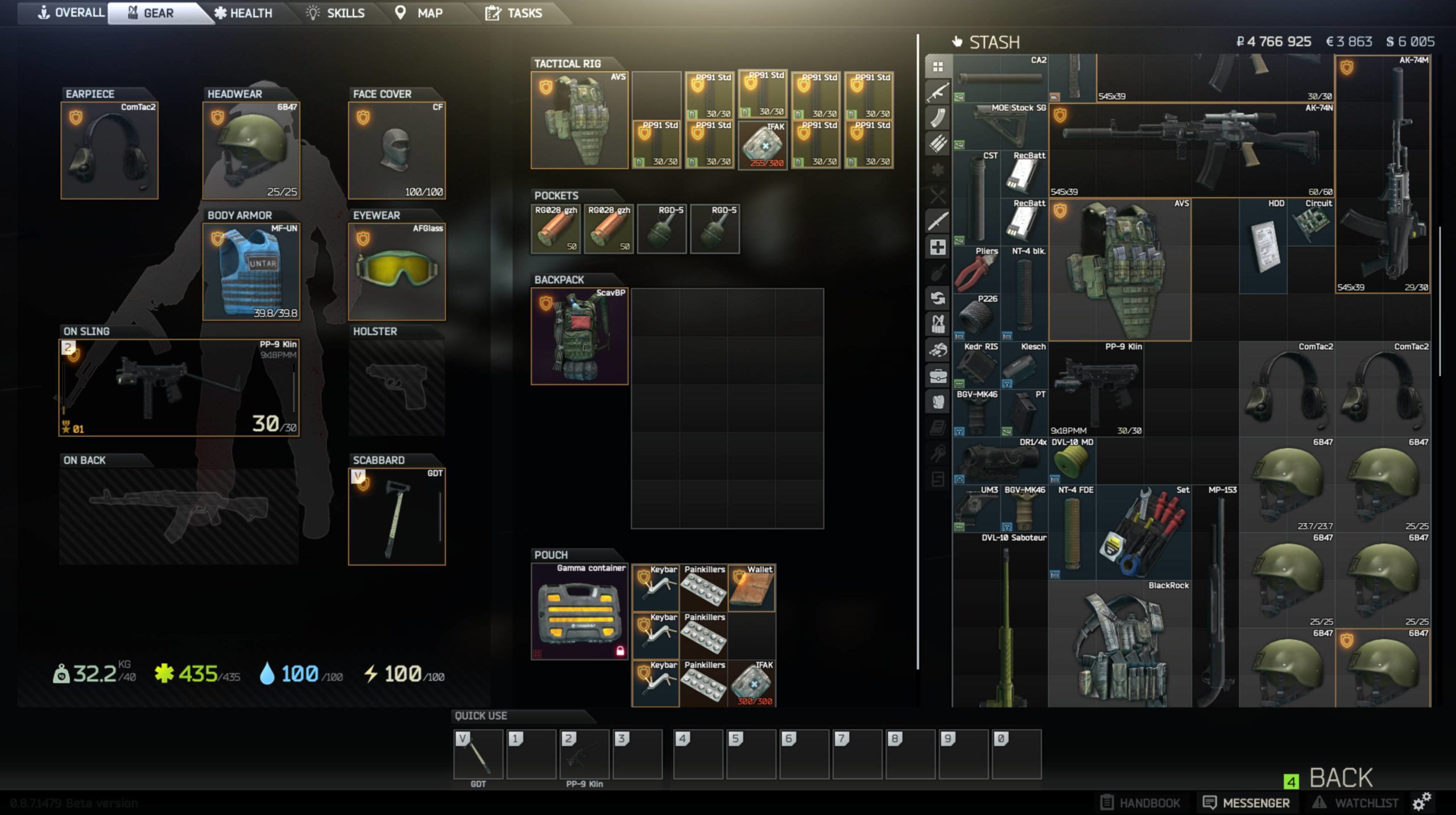 After getting familiar with essential hotkeys and the gaming mechanism, one of the next Escape from Tarkov tips you need to master is how to build the perfect loadout. Before the start of your raid, you will be presented with an option to choose your loadout and chosing wisely is a must.

One of the biggest tips we can offer is that it is advised for players to use storage containers as these items will not be lost if the player dies during the raid.

It is a common problem faced by many players of the game. As soon as they die in the raid, they would lose everything they had with them at the raid. The only way around it is through insurance (more about this later).

Pistols and loaded magazines are a must if you want to survive the first few raids with little to no equipment. Remember to place your magazine inside the vest or even in your pocket pants if you want quick weapons to reload in the middle of the battle.

You never know when a slight millisecond difference could make a massive difference in a gunfight. Keep an eye out for precious cargo that you might find during the raid.

And to make the most of that, equip your character with a backpack or even a vest. Any loot you might come across in the beginning stages of the stage could be extremely helpful for beginners. Keep an eye on quality armors. You can even check out the famous flea market to purchase quality gear at low prices. Medkits and bandages are some of the essential items that you need to keep a lookout for.
– 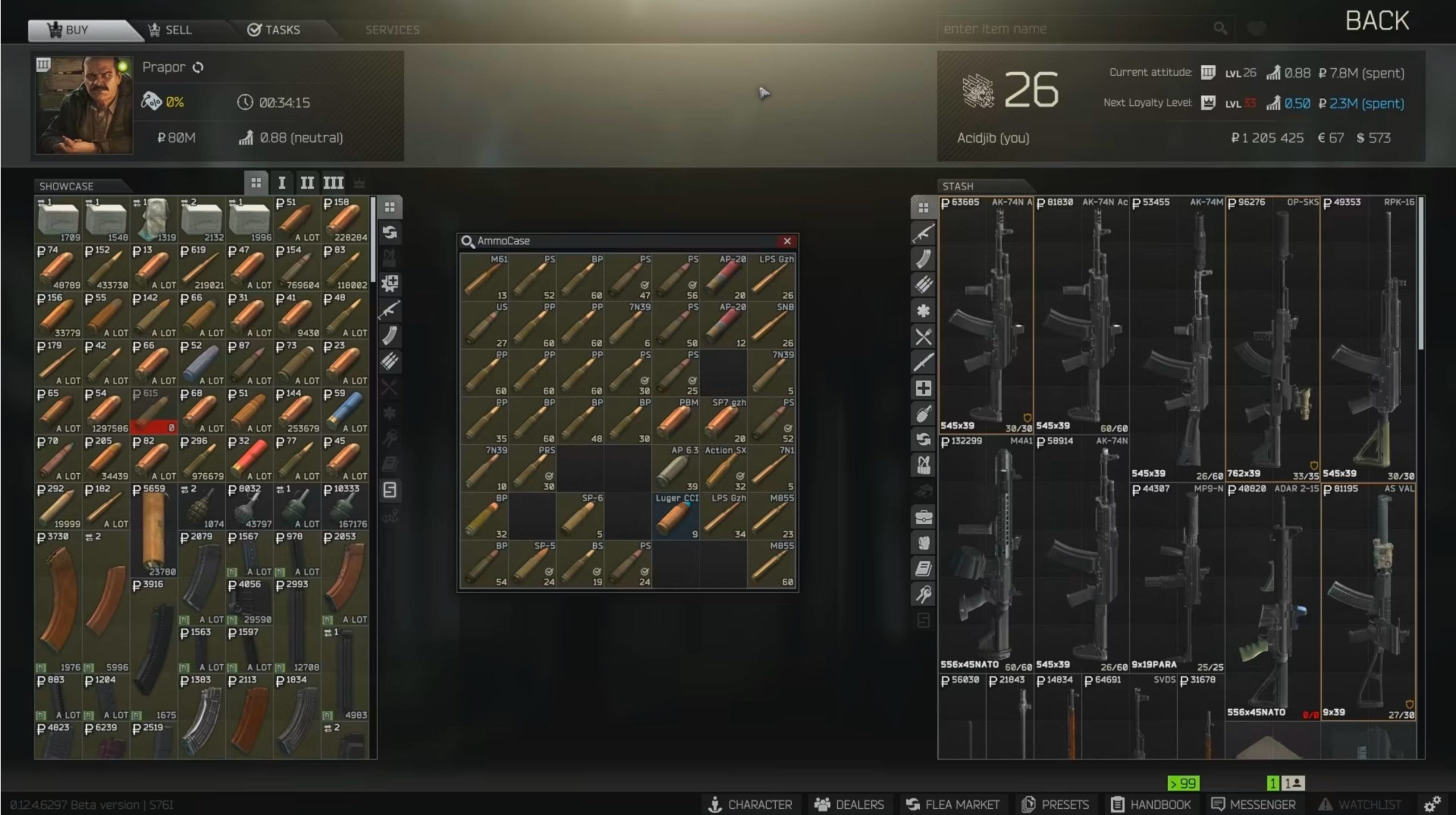 Our third and most important Escape from Tarkov tip for beginners is literally as simple as that. If you are in any way familiar with online PvP First-person shooter games, then this tip would obviously be bugging your mind.

No doubt, you would have played so many games where there are top-tier weapons that everyone wants to get their hands on.

Whether it’s PUBG, Valorant, or even any first person shooter game on Xbox, some guns are just better than the others. This is the same throughout Escape from Tarkov too. Except, there is one major difference – the ammo in Escape from Tarkov is not unlimited!

In fact, ammo resources are quite limited through Escape From Tarkov. Which is why they are infinitely more valuable than a high-end weapon. What is the point of having a gun that can destroy the enemy’s holdout when you just do not have enough ammo to use it properly? No, it is far better to invest in ammo for the gun you already possess!

That is not to say that you should not invest in getting a better gun that is more suitable for your playing style further down the line. But, we would recommend you carefully and strategically plan what you should do with your cash.
– 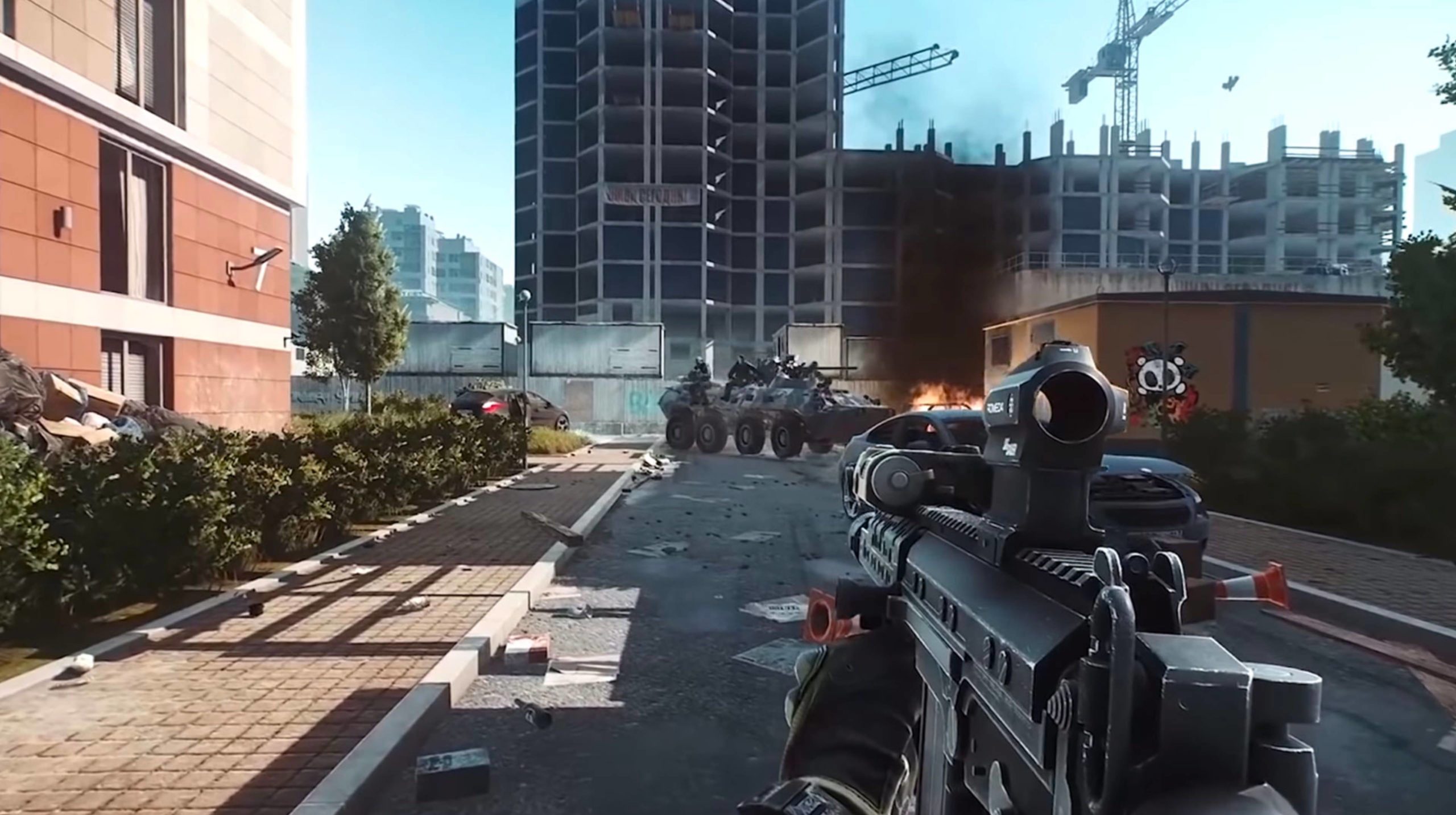 Naturally, since you are a new player to Escape From Tarkov, it would be highly likely that you have been on the receiving end of some bad results. And while it is not something to be disheartened over, who likes losing?

As such, it is far better for new Escape From Tarkov players to focus more on the offline mode of the game’s offering; rather than participating in online raids.

Not many players understand the importance of playing offline mods with AI-controlled bots, which are, frankly speaking, not very good. But that is precisely the point; you can get familiar with the game mechanics, the map’s layout (which can be pretty crucial), and lastly, even if you lose the round, your weapons will be immediately returned to you.

It is a no-risk and all reward mode that newbies should take advantage of and get comfortable with the game. While there is no actual tutorial for Escape From Tarkov, the offline mode is literally the best beginners guide you are going to experience.
– 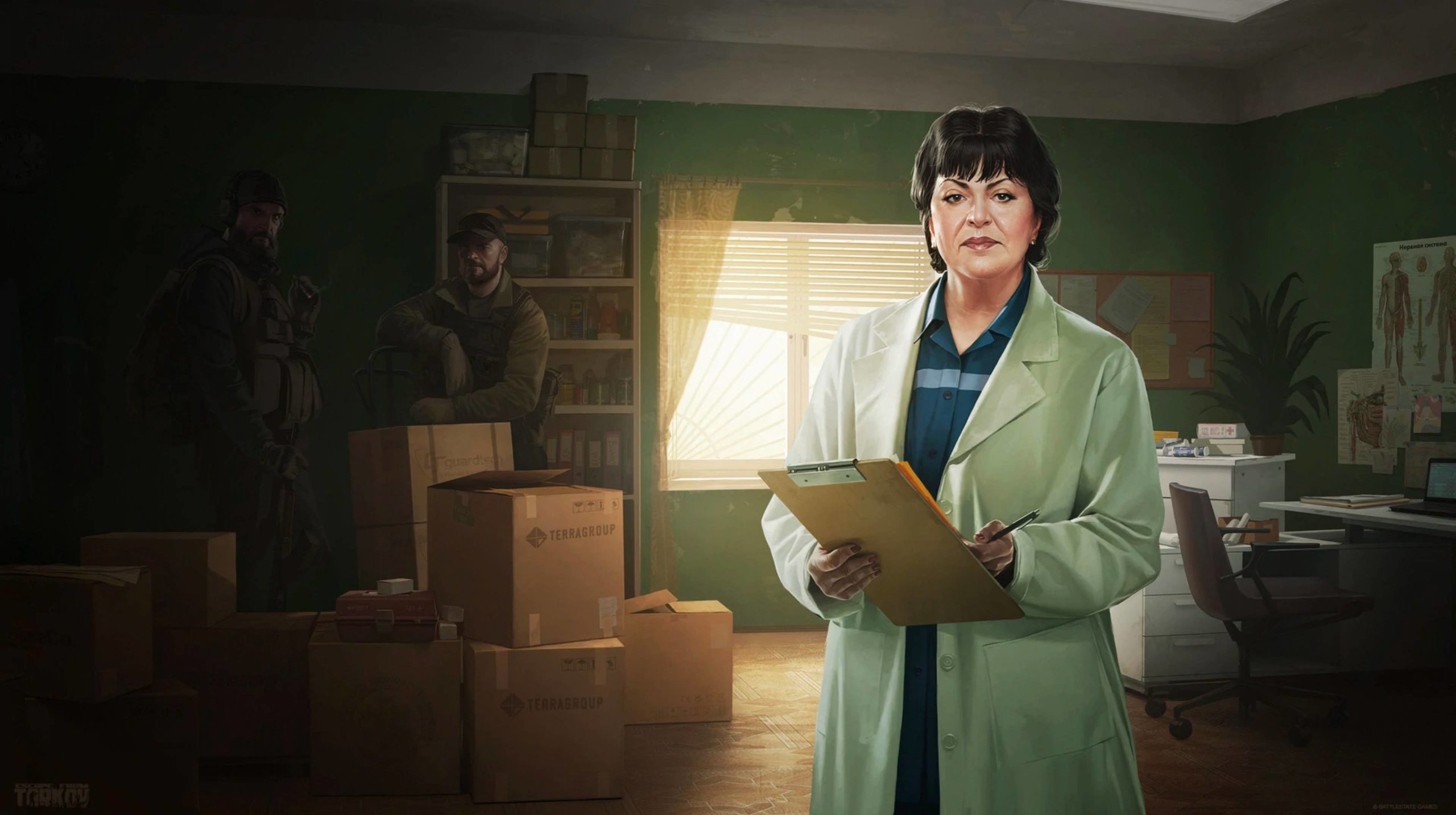 Unlike other survival games, Escape from Tarkov has a unique feature that sets it apart from every other competitor out there. Yes, we are talking about the insurance feature that has been a talk of the online gaming community since the game was released.

In simplest terms, Escape from Tarkov allows you to insure certain items that you take to battle. In case you get downed during online raids, your insured items will be returned to you, albeit only if another player of the game does not loot them first!

Insurance services are offered by the Therapist and the Prapor.

The Therapist allows you to insure critical items such as your weapons, gear, etc while the Prapor offers cheaper insurance services. The downside to The Prapor is that the insured items will take a bit longer to return – sometimes close to a week. Whereas the Therapist, although an expensive insurance option, guarantees the return of your items within 24 hours. So be sure to choose your items wisely!

Our advice? Go for a mix of two. Choose the items you cannot function without and insure them with the Therapist. Then, insure other essential items via the Prapor.
– 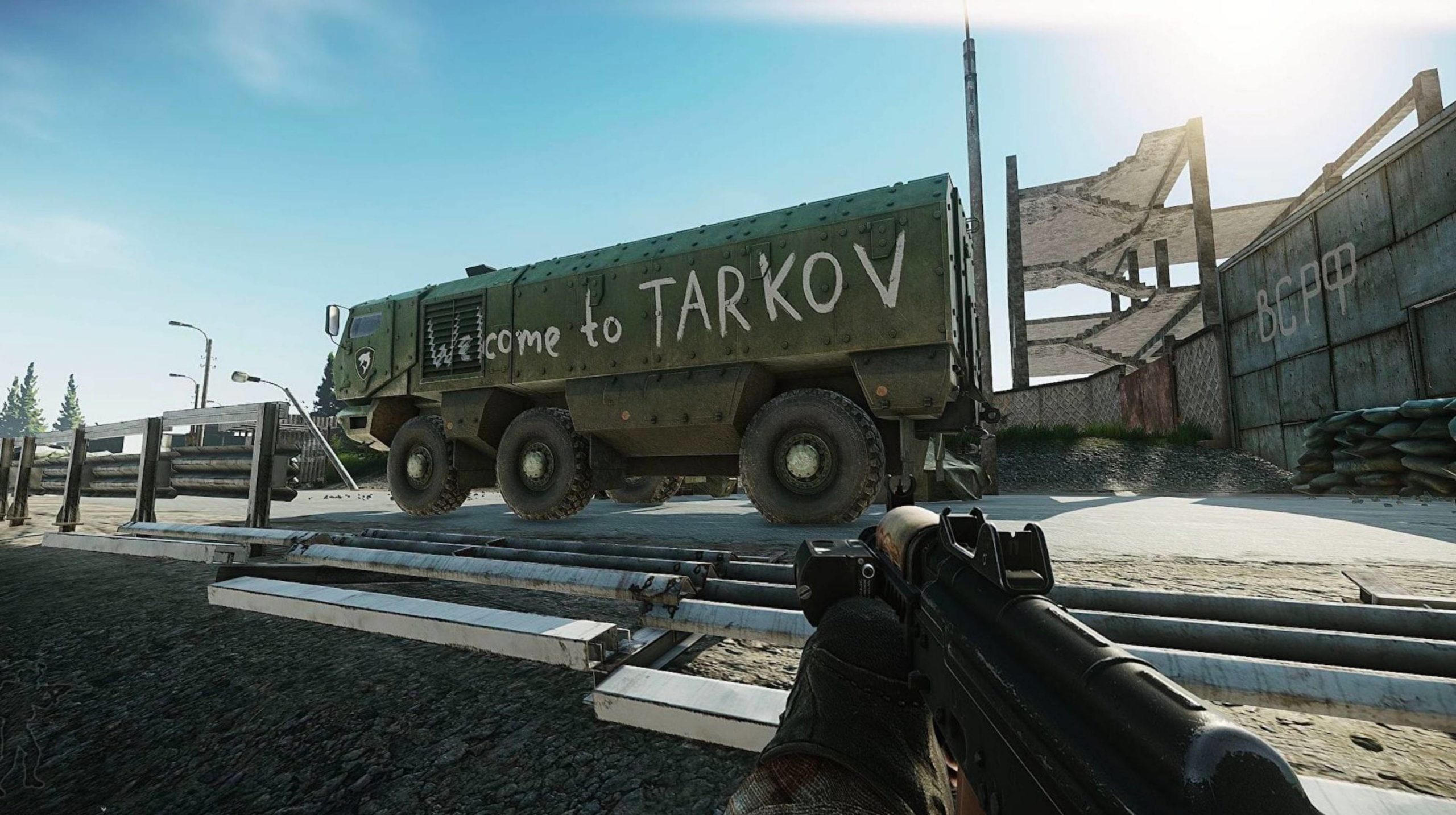 Playing Escape from Tarkov is truly a harrowing experience regardless of how experienced you are with online shooter games. Yet, on the other hand, it is appreciated by gamers who want to have a genuine survival experience. For the purist, Escape From Tarkov has literally been sent from the gaming gods!

Regardless of your comprehension on survival games and FPS shooters, following our Escape From Tarkov tips will seriously improve not only your experience but your eventual outcome. New players will soon get familiar with the game and significantly improve your chances of survival, albeit a bloody one!

From picking the right loadout to switching your mind into stealth mode, Escape From Tarkov is the gift that keeps on giving. Just be sure to remember that this is not call of duty and there is no such thing as respawn in real life! Once you’re dead, you’re dead!

Guns at the ready!

Hit the comments below with your advice for beginner players! In the meantime, check out some of our editor’s other video game and technology reviews below! 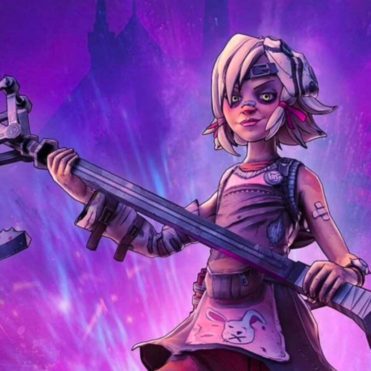