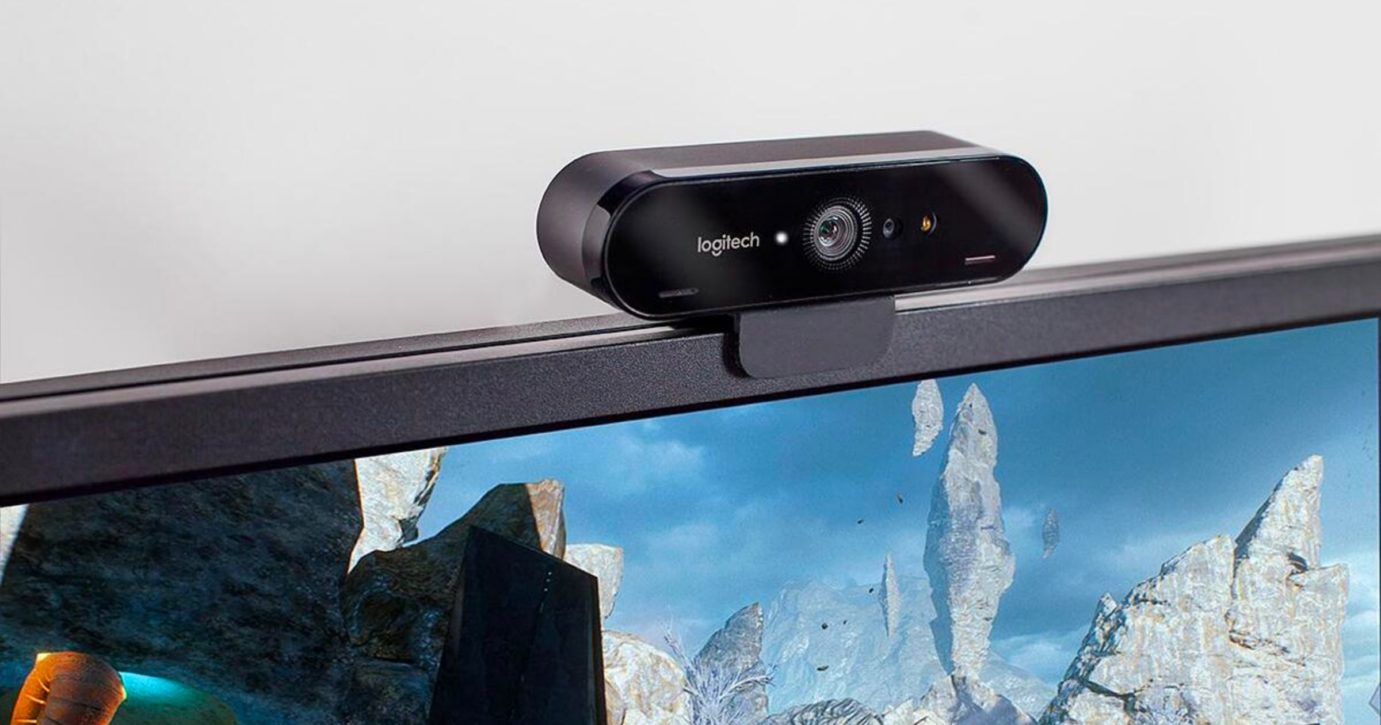 Sure, it's superb. But is the Logitech Ultra HD 4K Brio over-specced?

–
If looking at the cover photo is making you feel like you are back at work, well, you are not far off the mark. Although primarily designed for business, the Logitech Brio 4K Ultra HD Webcam also presents a 4K alternative to other popular streaming cameras in the market.

Most web cameras are either developed for business purposes or designed to provide the best streaming experience. If you’re looking for a webcam that can do both, then the Logitech Brio Ultra HD Pro might arguably be the best choice.

Don’t forget to hit the comments below with any questions once you are done.

Logitech Brio Review Verdict
Make no mistake, the quality of the camera is superior to anything you will find on your laptops. However, the Brio is not perfect as some conferencing tools do not support it's best features. Still, if you like to deck your setup in overpowered goodies, the Logitech Brio is a great purchase.
Design
91
Camera
100
Microphone
90
FTW
Incredible Camera
Easy To Setup
Nice Design
Took The L
Bad Camera Cover
Simply Too Much
94
Editors Rating

Staple to almost all Logitech webcams, the Logitech Brio Ultra HD Pro has a rectangular form factor with the camera unit situated in the centre. Closely situated to the camera are multiple sensors and of course, the secondary camera unit is used for digital zoom.

Supported by a black plastic frame, the lozenge-shaped camera has nothing too special about the design but is functional nonetheless. In addition to the mounting clip, there is also an integrated thread on the base of the webcam, which can be used to affix the tripod. We would recommend that you use the tripod, but we’ll get to that shortly.

Regarding build quality, the Logitech Brio is, unfortunately, a big step down compared to previous Logitech webcams. When you buy a Logitech webcam, you typically expect quality clips and sturdy builds. However, the arm of the Logitech Brio is made from flimsy material and you need to bend the arm into the exact position before placing the camera. Else, the moment you move your laptop or your desktop screen, the camera will fall off.

In addition, the privacy webcam cover seems like an afterthought here. Sure, it beats placing sticky paper over the lense, however, the back of the clip comes loose and can easily be knocked. We’re not sure whether this was just a problem with the unit we used for this Logitech Brio review, however, it’s a real shame.
–

The Logitech Brio Ultra HD Pro features a 13MP camera unit and an additional camera unit for 5x digital zoom. To be frank, you are not going to find an external web camera that takes pictures quite like the Logitech Brio. From the wide lens to the accurate colours and picture sharpness, Logitech’s RightLight 3 technology with HDR (high dynamic range) adjusts to any environment to create the perfect shot. It even looks great under the most intense of fluorescent lights too.

Although the webcam can stream 4K UHD, the downside is it can only stream at 30fps. If you want a better frame rate, you can downscale to 1080p HD to stream at 60fps or use Logitech’s new Ultra-
smooth 90fps streaming at 720p resolution, which is very impressive. However, that kind of negates the need for a 4K web camera when you end up downscaling.

The most impressive feature of the webcam is the support of multiple presets, which supports 65°, 78°, and 90° diagonal field of view. The 65° dFOV is useful for close-ups, whereas the 78° dFOV is for a balanced frame and the 90° dFOV is for wide-angle. Using any preset, the Logitech Brio will also support 5x digital zoom which is fantastic.

In addition to these, the webcam also comes with IR sensors and Autofocus support. As a result, no matter what the situation is, the subject is always in focus. Overall, the camera and video quality is class. But what else did you expect considering that is the primary selling feature of the Logitech Brio.
– 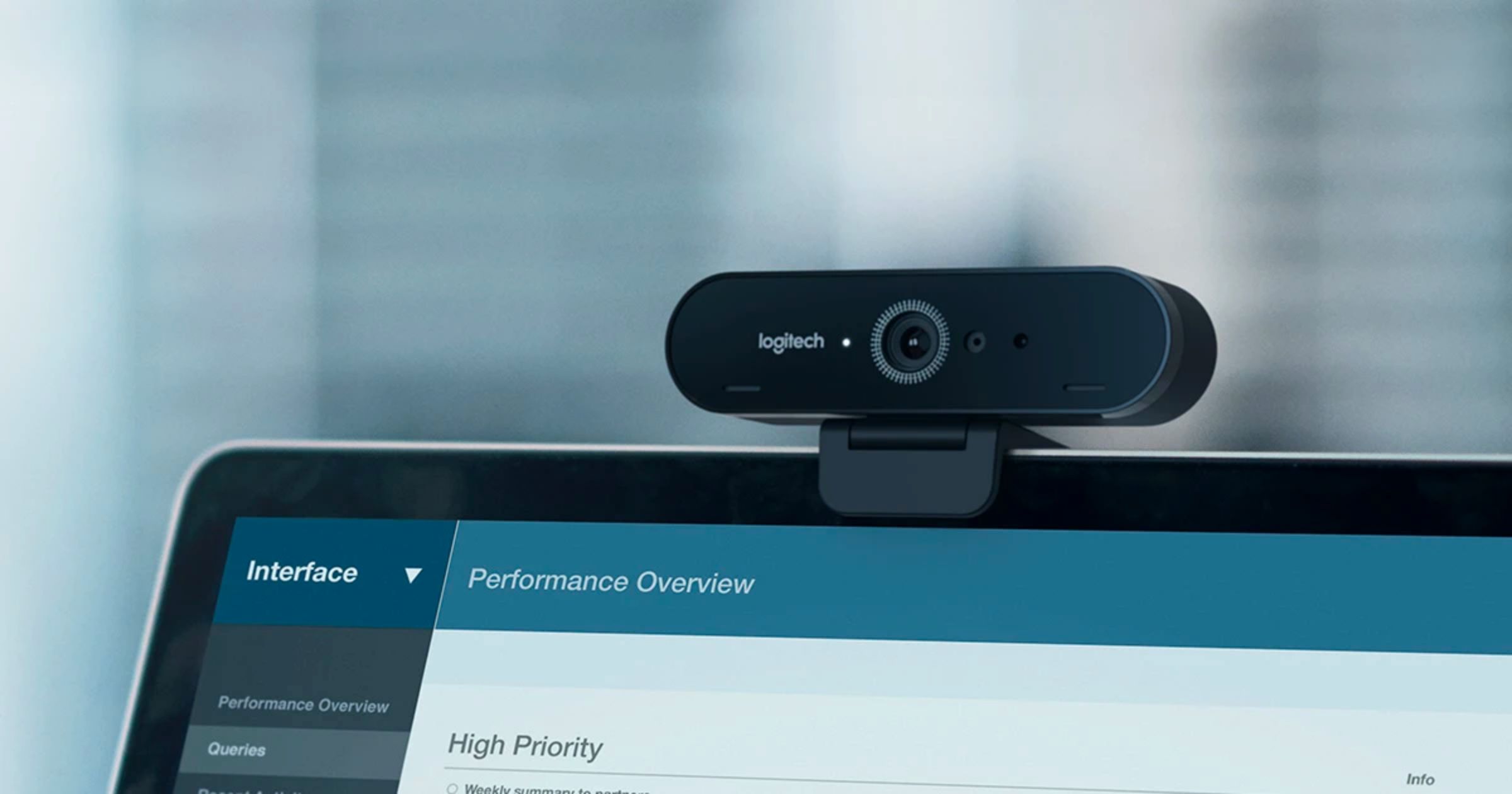 Although we would never recommend using your webcam microphone to detect your voice, the Logitech Brio features dual integrated Omni-directional microphones that support Noise Cancelling technology. As a result, the audio quality is surprisingly very natural and clear. We would even go as far as saying that the Brio is comparable to the C920HD Pro in this regard.

Still, spend a little more and grab yourself a proper microphone.

Regarding other features, Logitech has paid attention to almost every aspect and the best thing of all might actually be the attachable privacy shade. As weird as that sounds, we were so impressed with the ability to use the flippable lens shade to protect the lens of the device from sunshine. Although the build quality of this was quite poor as explained prior, you can use this to get privacy too.

The webcam also comes with dedicated software called “Logi Tune” which enables you to adjust the color presets, zoom in/out, download firmware updates, and customize many more settings. In addition, with the Logitech Camera Settings App, you have complete control over the camera settings. As one final trick up it’s sleeve, the Logitech Brio 4K Ultra HD webcam also supports “Windows Hello” with IR sensors.
–

To stream the webcam in 1080p resolution, the computer device should have a minimum of 2GB of memory, and similarly, 1GB of memory is required to stream in 720p. In addition, the webcam is compatible with Microsoft DirectShow and several popular calling platforms.

When it comes to connectivity, the webcam comes with a 2.2 m USB-A to USB-C cable. To stream in 4K, the webcam needs to be connected using a USB 3.0 port. However, as highlighted, you probably will not be using the 4K functionality as often as you may have wished.
– 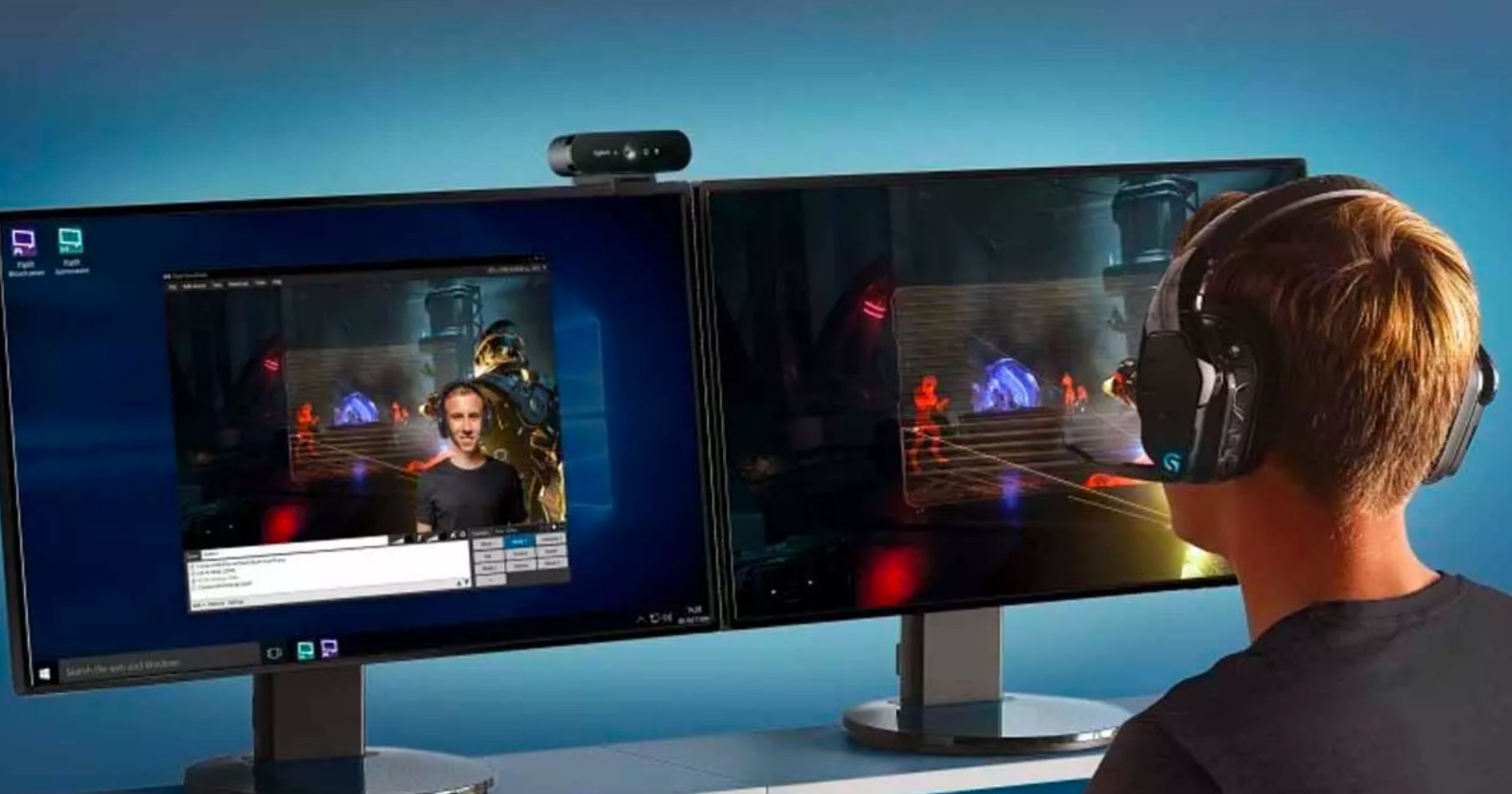 Currently, you can score the Logitech Brio for around $255 AUD from Amazon or a little more from your local games and hardware retailer. Now, comparatively to the Logitech C922, this is over $100 more and for game streaming, the additional $100 is not worth the price tag.

However, once again, for business users, the extra money makes sense given the 4K video quality. As more applications accept 4K streaming, we are sure that the Logitech Brio will become better value for money over time. Yet, for the moment, it’s a little on the pricey side considering what else is in the market. For professionals, it’s a no brainer. However, for the casual gamer or networking professional, you won’t make use of the benefits enough to warrant the price.
–

The Not So Good

Other than the price, the Logitech Brio Ultra HD Webcam does come with some flaws. Make no mistake, we absolutely loved using this camera. However, for where it triumphs in video and stream quality, the build of the unit is sub-standard. When you are paying $200+ for a webcam, you expect to receive clips that function properly and non-flimsy components.

Unfortunately, Logitech seems to have invested so much into the technology that they have forgotten some of the basics. It’s not enough to make the Brio an un-enjoyable experience. However, it does leave a slightly bitter taste in your mouth when you remember what you paid for the unit.

Beyond this, the only other major downside is the lack of support for 4K video streaming. It’s like having a Ferrari at a Vauxhall Borina event. There is so much power behind the Brio and yet nobody wants to play with you. We’re almost certain this will change over time. But, it could be a while yet.
– 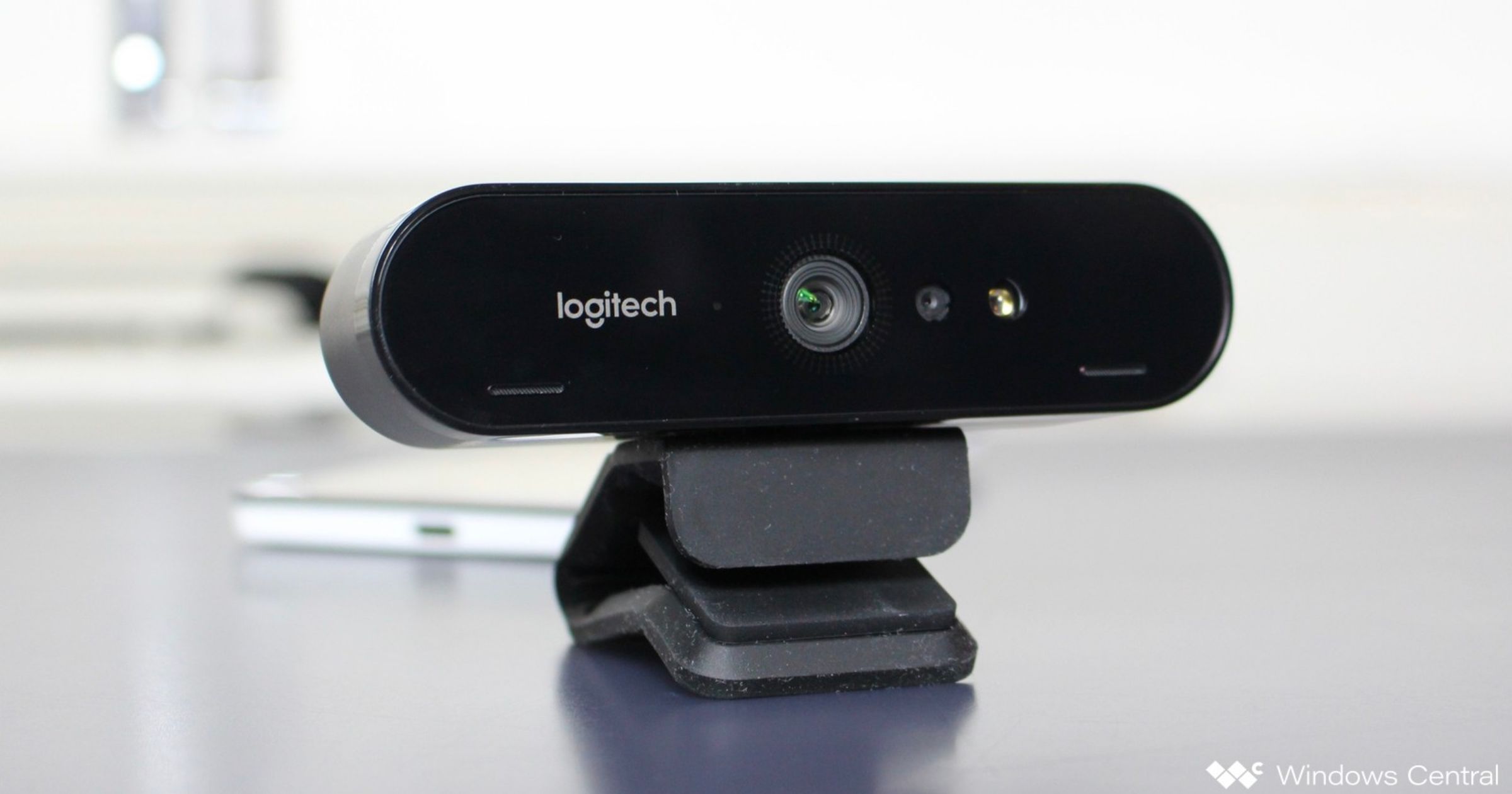 Overall, we really like the Brio and have scored this Logitech Brio review a solid 94%. Would we rush to buy this for business? Yes, if money was no obstacle. However, for streaming, the Brio does slightly miss the mark.

As an Ultra HD business to business conference web camera, the Logitech Brio Ultra HD Pro is up there as one of the best web cameras for video conferencing and business purposes. Although, for most of you, this 4K web camera will be incredibly overpowered for what you need. Unless you’re a YouTuber looking to deliver the crispest videos possible.

Logitech has made sure to add every feature that a webcam would need for video meetings. So, unless you are hot on networking online or streaming daily, chances are that this camera might be wasted on you. The best part of the webcam would be the 4K streaming support. However, the streaming is limited to 30fps. Irrespective of this limitation, the webcam lives to its claims by calling it one of the ultimate webcams for video meetings. Even today, there is still not much that rivals the Brio.

As the webcam is specifically designed for business purposes, there isn’t much support regarding the streaming of games. Yes, you can use the Brio for streaming but there are much better streaming camera alternatives in the market such as the Razer Kiyo.

Thoughts on your Logitech Brio? Hit the comments below.

Logitech Brio Review Verdict
Make no mistake, the quality of the camera is superior to anything you will find on your laptops. However, the Brio is not perfect as some conferencing tools do not support it's best features. Still, if you like to deck your setup in overpowered goodies, the Logitech Brio is a great purchase.
Design
91
Camera
100
Microphone
90
FTW
Incredible Camera
Easy To Setup
Nice Design
Took The L
Bad Camera Cover
Simply Too Much
94
Editors Rating
–

Should you click on any link to Amazon and make a purchase, we may receive a small commission. But that’s just how we keep this website alive! Feel free to hit us up in the comments with your thoughts on the Brio. We would be happy to answer any questions you have about our Logitech Brio 4K Review.

You may also enjoy these articles. 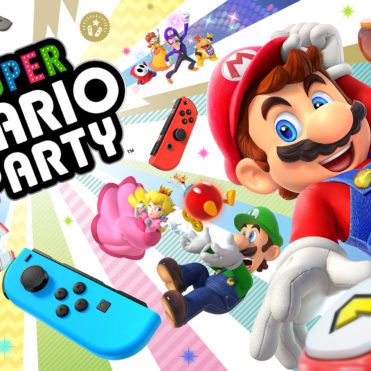