A promise that has been delivered.

–
Allow us to precursor this Star Wars Squadrons review by saying that Electronic Arts and Motive Studios has delivered on absolutely every promise. Compromising both online and offline modes, Star Wars Squadrons blends space combat with one of the biggest franchise of the ages as the Rebel Forces go head to head once more with the Imperial Empire. The biggest question of all is, which side will you pick? 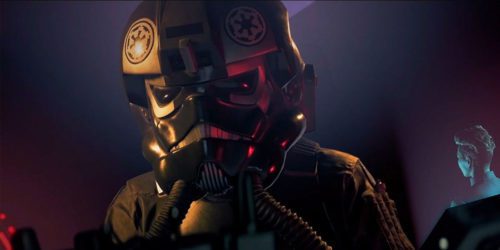 Rated as one of the best star wars games in modern time, allow us to take you on a journey that you have long been waiting for with this Star Wars Squadrons review. It’s high time some of us spaceship nerds can get a piece of the action with everything that Disney has been doing of late.

At the very start of Star Wars: Squadrons, players choose to play the first mission as either Reza Bestov (Imperial Pilot) or Bo Falloran from the Rebel Forces. Instantly, you obtain a sense of customisation as no matter which pilot you choose, you have full control over facial features, body type, voice-overs and the pilots’ name. We chose Bo because, well, who doesn’t like to be a rebel every once in a while.

Striking a good blend between arcade action and flight simulation, the Star Wars Squadrons campaign is easy to pick up but complex enough to still be enjoyable. With access to 4 ships including classics like the X-wing and TIE fighter, players can also customise ships with new parts, different cannons and engines to suit your play type. Further to this, custom paint jobs, holograms and dashboard figures.

As for the campaign itself, this lasts around 7 to 9 hours which is pretty thin. Putting you in the hot seat of two pilots on the opposite sides of the war, players switch between both sides throughout. Overall, the missions are of good quality but lacking slightly with varied content. Despite a handful, each mission typically results in a dogfight amongst other ships or taking out other cruisers. To be frank, this becomes slightly repetitive.

The game does attempt to make things more complex by offering additional medals for performing specific tasks. These tasks include finishing a level within a certain time limit and destroying certain targets. However, as mentioned, while still enjoyable the game is lackluster. We really think that the game would be much better with VR as the missions become less important amongst all of the action right before your eyes. 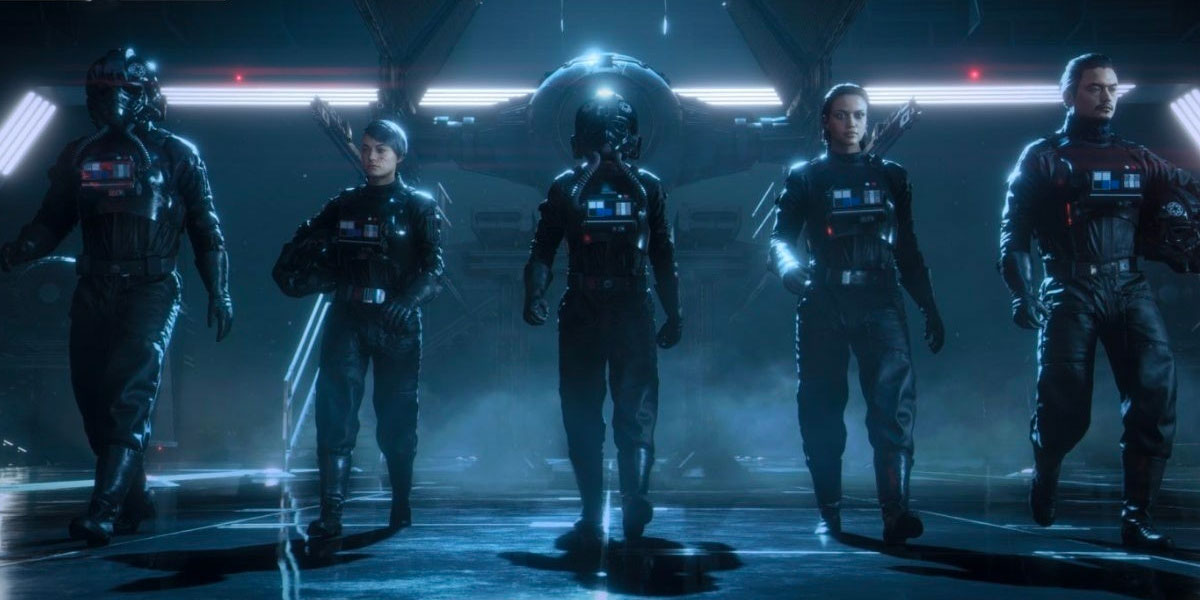 Once you get past most of the story mode, players can dive straight into two 5 vs 5 online modes. The narrative of these modes is fairly similar to the single-player mode, in which you can take part via a private group of standard matchmaking.

Multiplayer offers a classic deathmatch between the fighters of the two factions and battles between fleets. There are multi-stage clashes accessible only after reaching a certain degree of skill, during which the two teams will have to progressively weaken the opposing defences. Additionally, there is even AI-controlled units and support ships making the weak points of the opposing battleship vulnerable and launching the decisive attacks. All of this happens while of course remembering to defend your own flagship!

For each multiplayer game, experience points are obtained, which allow our virtual alter-ego to level up, so as to progressively unlock new elements and new slots with which to customize the fighters. At each level up, the player also obtains two different currencies: the Requisition and the Glory. The first is used to unlock new components and new accessories for your spaceships, such as new weapons, new auxiliary systems or new shields. The second, which can also be earned by completing the classic daily challenges, is used to purchase new aesthetic customizations for pilots.

As far as multiplayer goes, the battles are exciting, strategic and highly similar to the single-player mode. We wonder how long players will compete online as there is not too much linear progression with the game. After some time, you will have received enough experience points and customisations that you could get bored. 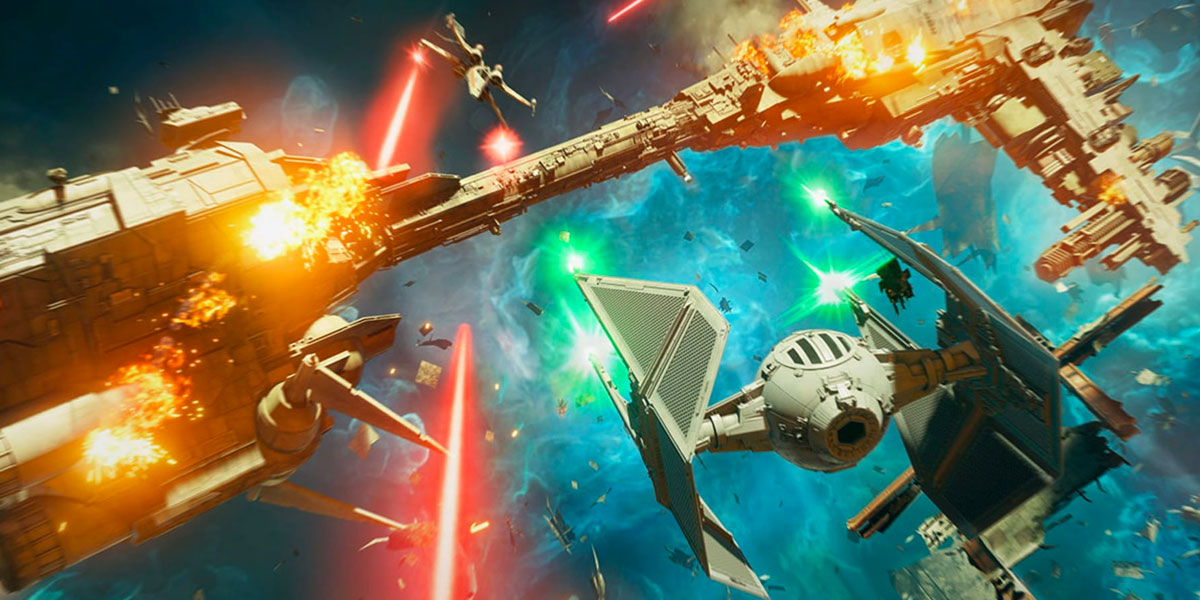 Being fairly new to flight simulation games, the controls for Star Wars Squadrons took a short while getting to grips with. Having played many racing games, our immediate intuition was telling us that the left analogue stick should pitch and yaw our fighters, with the right analogue stick to be used for advanced controls like barrel rolls.

As for other controls, the game makes good use of your controller. In fact, not a single button is unused and you have complete customisation over the layout. Overall, you can pick the game up pretty quickly once you learn how to correctly read your HUD and navigate in the right direction.

For anybody who owns the Xbox Game Pass, the good news is that Star Wars: Squadrons is now available absolutely free. This is also true for EA Play subscribers. Despite that the game is already modestly priced, playing free via the Xbox Game Pass makes soaring through the galaxy even sweeter.

Despite the fact that Star Wars Squadrons VR will be no doubt a more immersive experience, Star Wars Squadrons on Xbox is still extremely enjoyable. For the price of just $24, the value that you get is just incredible. Sure, we would have loved to have gone toe to toe with the resistance up close and personal, however, the entire game was extremely fun nonetheless. This is one of the best Star Wars games on Xbox One.

Overall, we have graded this Star Wars Squadrons review a respectable 88%. Frankly, we would have graded this much higher had the plot been more substantial. It’s a rather forgettable storyline but will appease very much to Star Wars lovers. As far as space combat simulators go, the game really ticks all the boxes. The controls are great, the gameplay is immersive and the NPC’s are realistic.

Having previously played Star Wars Battlefront, we had huge hopes for Star Wars: Squadrons and for the most part, this game delivered. Playing as both Empire and Rebel forces provided a unique context to the storyline and the graphics are very enjoyable. For what is essentially an aerial combat game, Star Wars: Squadrons competes with some of the best in the market. It’s just a real shame that the storyline was pretty weak.

Are you team Imperial or Rebel? Share your comments below.

Star Wars: Squadrons Review
For what is essentially an aerial combat game, Star Wars: Squadrons competes with some of the best in the market. If you love star wars and you love arcadey flight simulations then this game is a must purchase for you.
Single Player Mode
79
Multiplayer Modes
81
Graphics
86
Value For Money
90
FTW
Super Easy To Play
Free (Xbox Game Pass)
Incredible Graphics
Spaceship Customisation
Took The L
Short Campaign Mode
Lacking without VR
84
–

Should you click on any link to Amazon and make a purchase, we may receive a small commission. But that’s just how we keep this website alive! Feel free to hit us up in the comments. We would love to answer any questions about Star Wars Squadrons. 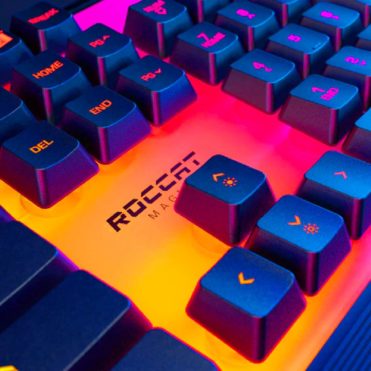