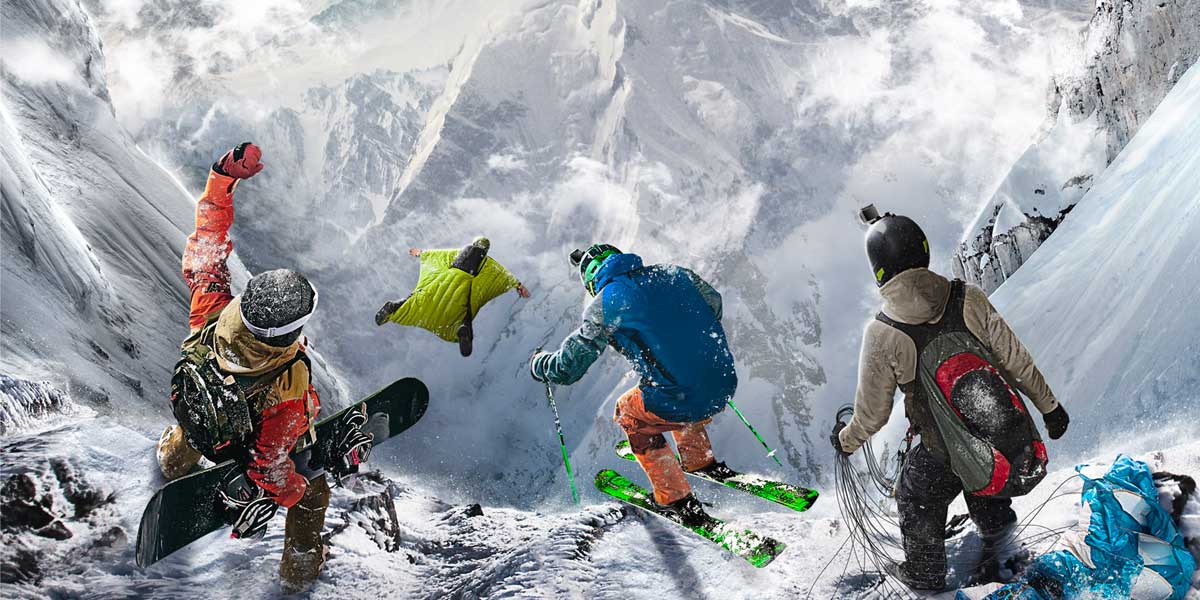 Before we get into this Steep review for Xbox One, allow us to precursor everything with the fact that this game is nothing like SSX. Other than the fact that you are on a snowy mountain, Ubisoft has missed the mark. What should have been a quick cash maker from Ubisoft (transcending us back to when SSX was one of the best Xbox games of a generation), has turned into a steep disaster. Albeit an extremely fun one. 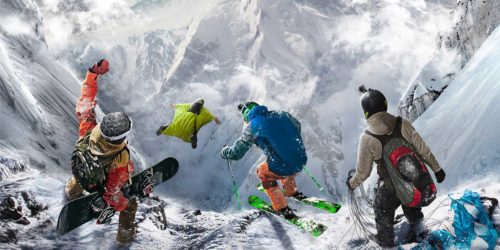 Simply put, Steep is average at best. Yet, currently totally free with Xbox Game Pass, Steep is still worth a quick backflip or two. Find out all there is to know about one of Ubisoft’s worst, yet highly enjoyable, games as we uncover the world of Steep with our editors’ Steep review for Xbox One. Now, let’s begin. 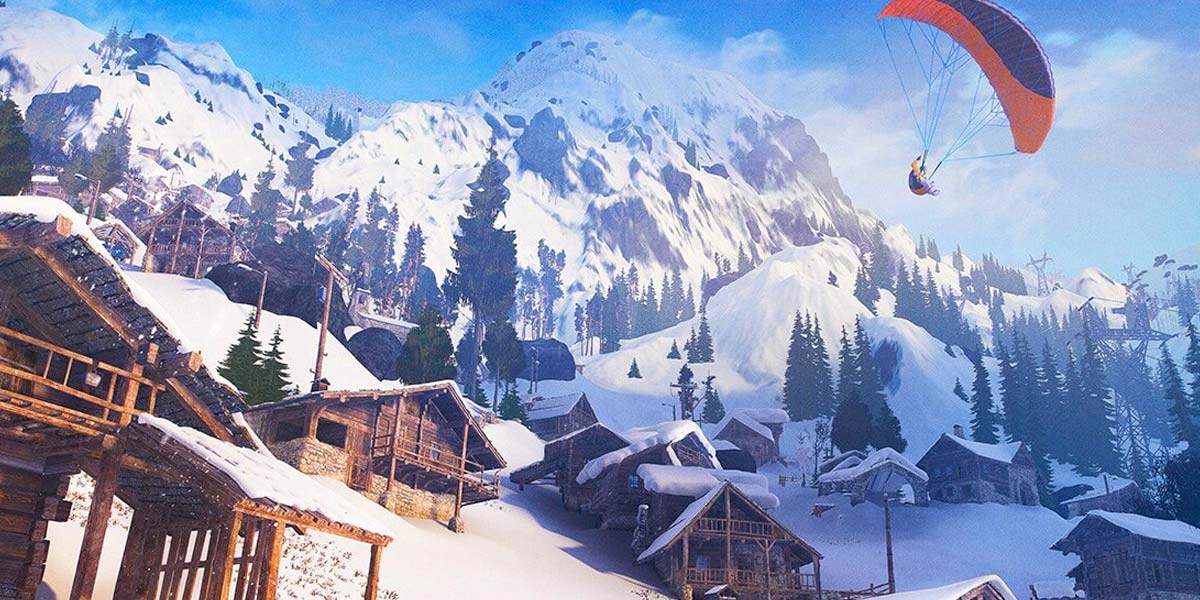 Without question, Steep is an unlimited personal playground. Snowboarding and paragliding are extremely cool sports that plenty of us do not have the access, or the skill, to enjoy. As far as the gameplay of Steep goes, players can fall in love with these extreme sports without the frostbite.

Despite criticism that there is no linear progression, some players may enjoy that Steep also does not force you to complete certain challenges or take particular boarding routes. For us, we like the challenge. However, the manner of Steep lends itself to both the very best and very worst gamers. We can all have a good time.

When starting the game, there is absolutely no time wasted. You are immediately dropping off a platform to paraglide down and mountain and then switching to your snowboard to complete the route. As soon as you complete a challenge, it will quickly unlock as you explore the mountain. From this, you gain experience points that unlocks new gear.

Once again, unlocking every challenge is entirely up to your own gameplay style as Steep has not strict rules about how you play. This freedom also extends to the game modes too. For the nimble-fingered, you will likely fancy yourself at freestyle challenges to score big points performing stunts. Whereas, the more casual player will likely be best suited to wing suiting close to sharp rocks and mountains as you soar down the mountain.

On that note, stacking is fun too. Similar to the old GTA where bodies will just fold in half and tumble, when you fall over or crash into a tree, your body will literally just crumble or continue to tumble down the mountain. For children and anybody with a darker side to them, this can actually be extremely entertaining. 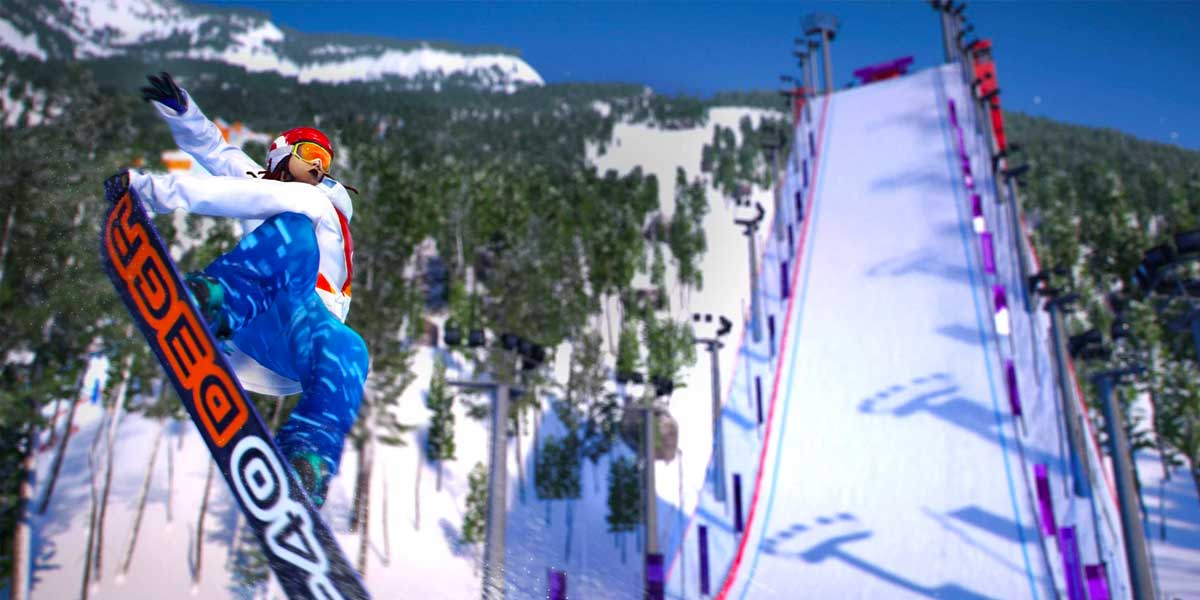 Honestly, while performing dope tricks throughout Steep is extremely fun, the mechanics can be super frustrating. From the occasional moment where you do not Ollie to the next jump where you end up performing a triple backflip, there is lots of work to be done here. That said, all tricks within the game are realistic and not overcooked.

What we do like about the game is the ability to record yourself performing tricks. These can be shared with your friends which gives the game a wider sense of community. As for other game handling mechanics, everything else is relatively smooth. With snowboarding and skiing, you can turn quite easily (and realistically) and with paragliding, you also are not left feeling like a fraud with unrealistic movements.

Picking up the art of tricks is relatively easy. However, mastering when to let go of buttons or when to perform the right trick is somewhat challenging; especially with flawed mechanics. For as enjoyable and stylish stunts can be, we actually had the most fun playing Steep on Xbox One when simply just ignoring all objectives and doing our own thing. That is the beauty of the game, we guess, total freedom to create organic moments.

Another positive with Steep is that you can share your misery and make snow angels with other players. No just kidding, the game is really not that bad. But, on the mountain, you are never alone. That is unless you have found yourself hunting for that mystery location that nobody cares about. Occasionally spawning right on top of your head, players can send an invitation to group up with other extreme sports fanatics.

It’s important to note that some of the suggested routes that Steep gives you are subjective, to say the least. But following the lead of other online and more experienced players, you will quickly find new and exciting routes to take that might just help you achieve your objectives a lot faster. 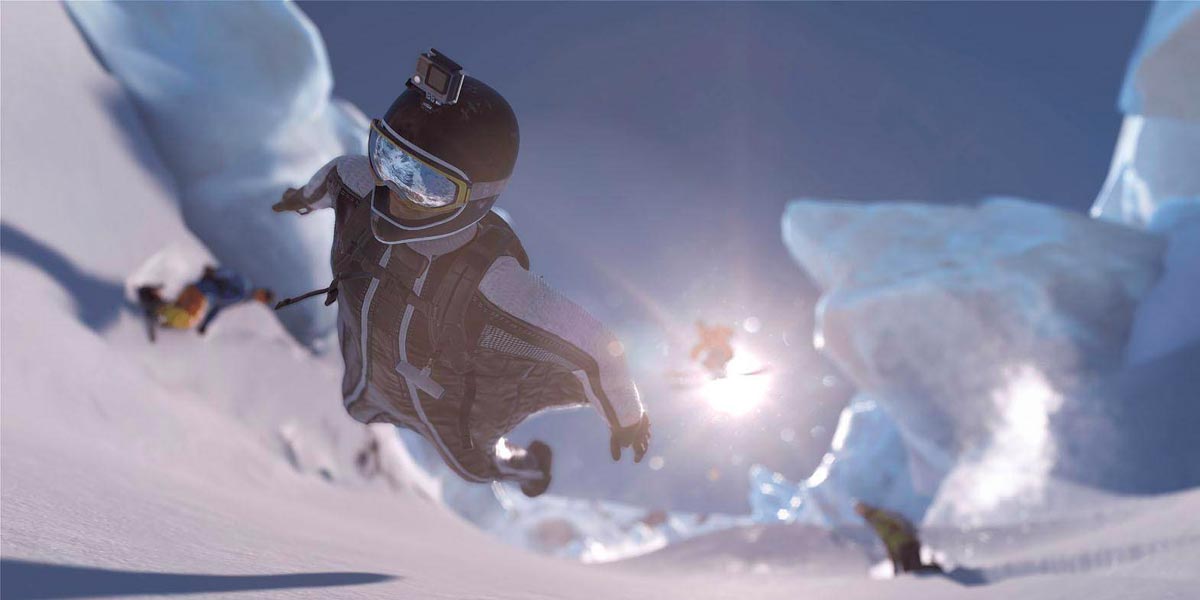 Throughout our time playing steep, we couldn’t help but feel somewhat zen. What we anticipated to be an extreme sports game turned out to be somewhat meditative. As you are cruising through various routes to find a location that has no real significance, you cannot help but enjoy the serenity that Ubisoft has mastered over the years. But then, just when you are about to hit maximum zen, you cross the finish line and are greeted with an over-zealous voice actor that sounds like you have just done a triple backflip over spinning blades. It’s a complete mismatch.

Sometimes, we questioned whether Steep was supposed to be something else entirely. You get flashes of extreme sports and then huge journies of endless snow and serenity. We really do not know what the developers were looking to achieve here, but it does make for great entertainment at times.

Let’s hope that Ubisoft can learn from some of the glaring errors made here with the upcoming Riders Republic game title which is due to launch towards the middle of 2021.

Is Steep Worth Playing?

Honestly, if you’re not a game critic and just enjoy some light-hearted entertainment then Steep is definitely worth playing. Despite the obvious flaws, there is plenty of fun contained within. It’s nothing like SSX tricky and more akin to an early version of open-world Forza Horizon, but on the back of a snowboard. Yet, it’s fun nonetheless.

Overall, we have graded this Steep review for Xbox One an extremely generous 72%. If you want adrenaline, you might feel anger. If you wanted serenity, be prepared for the hype man at the finish line. It’s a game that you can spend your real money on to potentially receive a draft version. If this is the beginning of Ubisoft’s venture down open-world gameplay then they have a lot of ground to cover to be successful.

Yet, despite all of this, Steep does have some flashes of brilliance. Truthfully, we still enjoyed transcending down the mountains and using a variety of gear. It very much reminds us of the early versions of Assasin’s Creed which were totally flawed. Then, through years of innovation became a game of the ages. Whether Ubisoft decides to continue investing in Steep remains to be seen. In fact, we are surprised they even released expansion packs.

Now available free on the Xbox Store with Xbox Game Pass, we encourage you to hop on board (Ha. Get it?) and transcend down the endless mountains for a while.

Thoughts on this Steep review? Share your comments below.

Steep Review (Xbox One)
For a game that could have transcended us back to the days of SSX, Steep really falls short. That said, for a few hours of playtime, Steep is still enjoyable and totally free with Xbox Game Pass. So, despite your time, you really have nothing to lose.
FTW
Free (Xbox Game Pass)
Make It Your Own
Various Challenges
Superb Scenery
Took The L
A Confused Game
Jittery Connectivity
72
Editor Review
–

Content Disclaimer: This Steep Xbox One Review is independently written. We have not been commissioned by Ubisoft, nor have we received any royalties for this article. This includes financial reimbursement, free advertising or the game Steep.

Should you click on any link to Amazon and make a purchase, we may receive a small commission. But that’s just how we keep this website alive! Feel free to hit us up in the comments. We would love to answer any questions about our Steep review.

Scarlet Nexus Review: Anime Comfort Food
Got an opinion?
Leave us a comment!