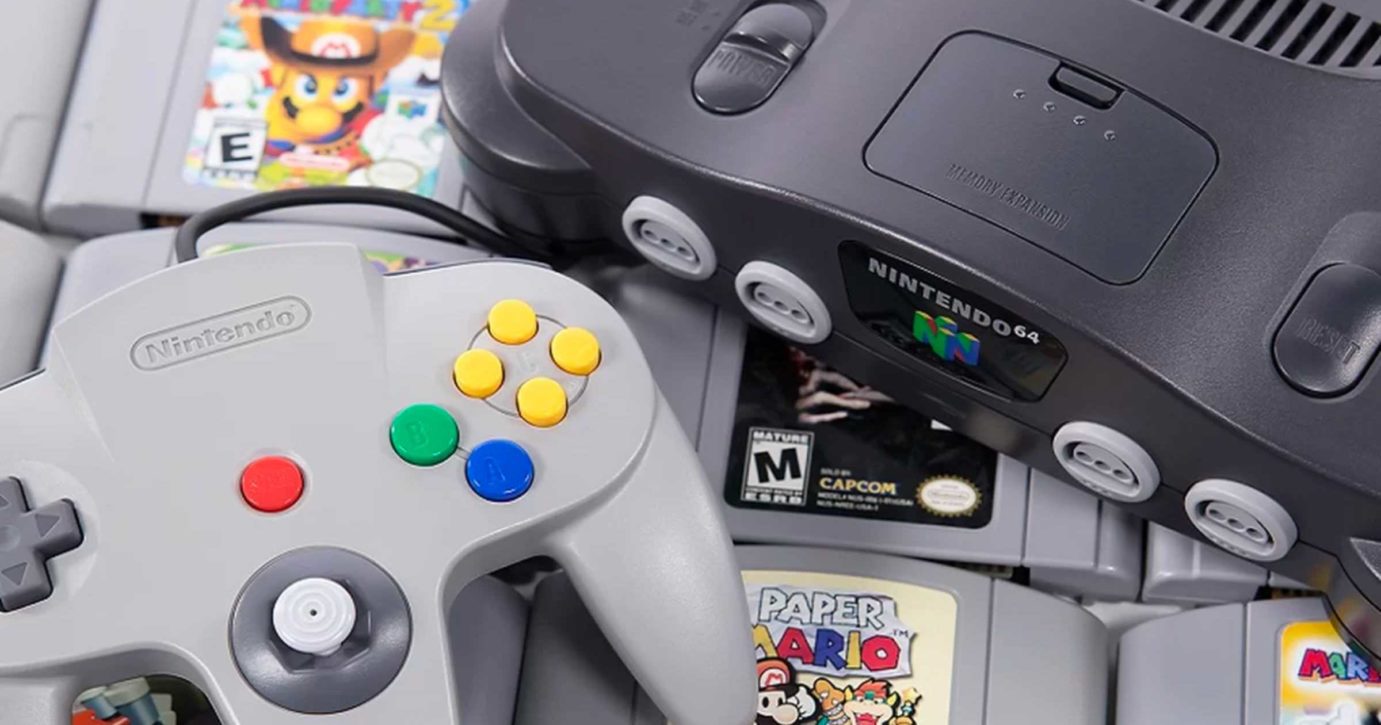 Goldeneye to Zelda, here's our shortlist of the best N64 games of all time.

When the Nintendo 64 was released in the late-90s, gamers rejoiced at the vivid visuals, immersive 3D worlds, and slew of fantastic games. Although they were impressive enough at launch, many Nintendo 64 games have withstood the test of time, earning their spot in history as some of the best gaming experiences ever created.

To celebrate the 25th anniversary of the Nintendo 64, we’re looking back at our picks for the best N64 games of all time. From the best sellers to our list of personal favourites, whittling down this list was incredibly hard, as they are easily dozens of N64 games that are worth celebrating. However, only the best of the best could survive the cut.

As we reflect on the 64-bit powerhouse that produced some of our fondest gaming moments, let’s take a trip down memory lane and look at our top picks for the best N64 games ever below. Although some of the world’s most-played Nintendo 64 games feature on our list, our editors have a slightly different arrangement for our favourite N64 games of all time. To say that this was tough would be a complete understatement. There are just simply so many fantastic games for the Nintendo 64. 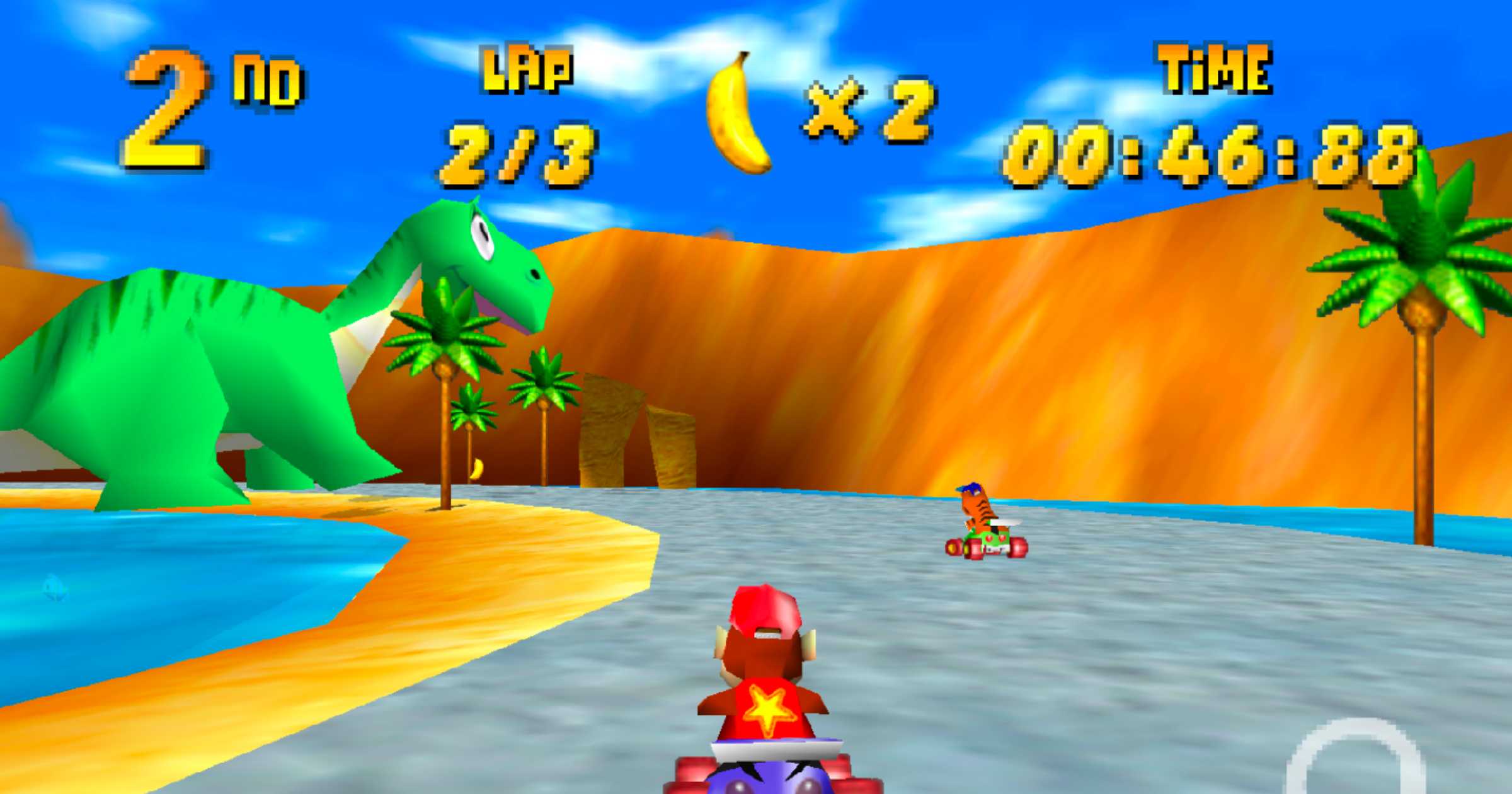 No list of the best Nintendo 64 games is complete without a fast-paced kart-racer, and Diddy Kong Racing fills that spot perfectly. While others might prefer Mario Kart 64, Diddy Kong Racing won us over with its unique levels, addictive adventure mode, and varying playable vehicles. Across the game’s main story, you’ll race through five themed worlds, blasting down opponents with zany power-ups and weapons.

In addition to speeding around in a classic go-kart, you can also take the skies in a small plane or ride the waves in a hover boat. Complete with tons of collectibles, a competitive multiplayer mode, and even a handful of climactic boss levels, Diddy Kong Racing had more than enough content to keep us playing for hours on end. 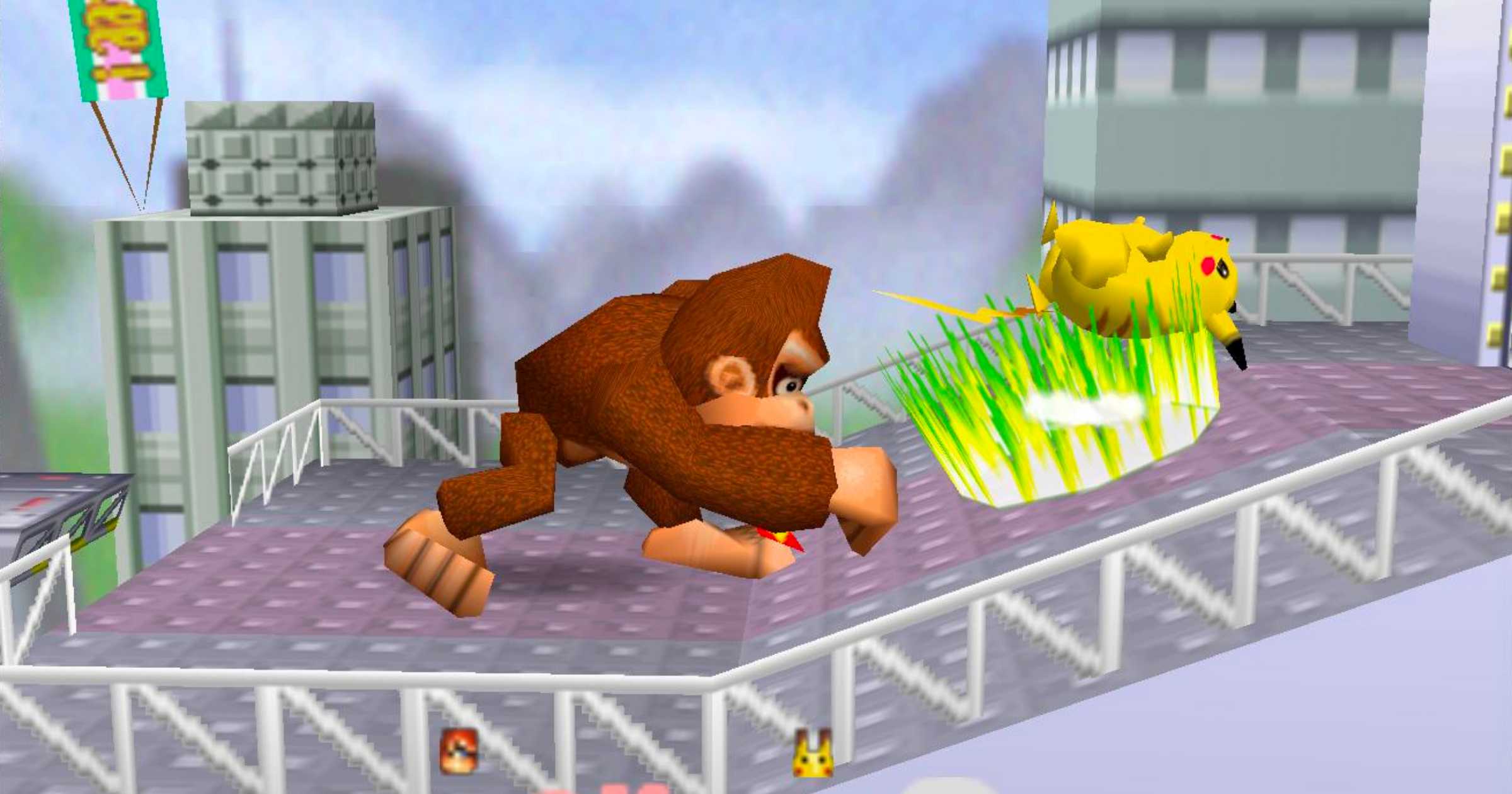 In the early 90s, fighting games were causing plenty of controversy in arcades, citing the high levels of violence in titles like Mortal Kombat. Nintendo fans never thought they’d get a fighting game featuring the company’s iconic mascots, but in 1999, that’s exactly what happened when Super Smash Bros arrived on the N64. Featuring beloved characters like Mario, Luigi, Zelda, Donkey Kong, Kirby, and much more, players were free to throw fists with even the plushiest of Nintendo faces. With twelve playable characters, solo and multiplayer modes, and a fantastic assortment of offensive items to wield, it was easy to sink hundreds of hours into Super Smash Bros without batting an eye. 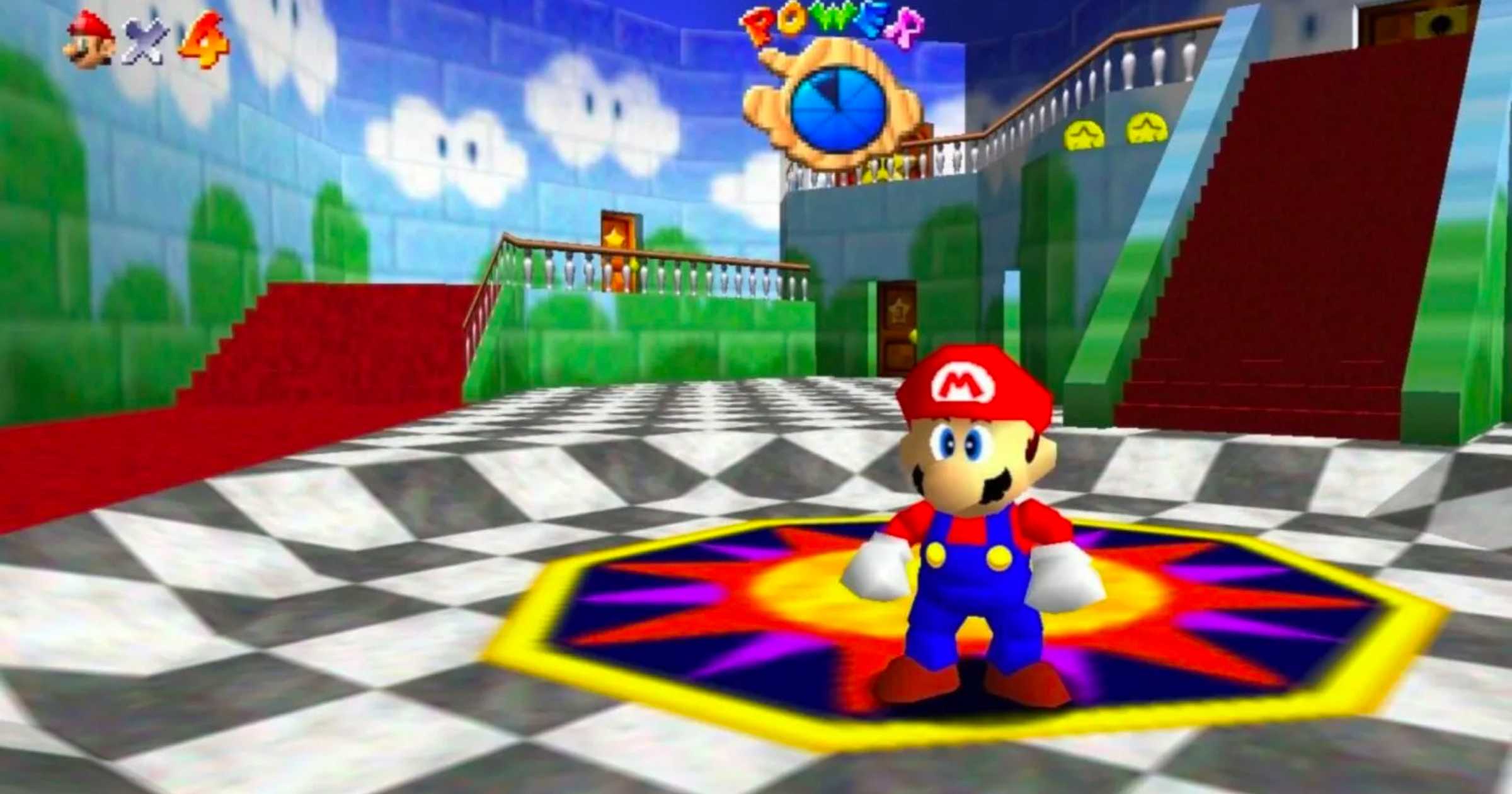 The Super Mario franchise has always been revered for its high quality and exciting design, so when the series made the jump to 3D with Super Mario 64, fans were hopeful yet hesitant. Luckily, Nintendo nailed the transition from 2D sidescrolling gameplay to 3D platforming, offering an imaginative and engrossing adventure for players to enjoy on launch day. Playing as the portly plumber Mario on yet another adventure to save Princess Peach, you’ll explore Peach’s Castle and the fantastical worlds that exist within. While other developers struggled to perfect movement within a 3D space, Nintendo showed their prowess with Super Mario 64, continuing to wow players with unforgettable levels and challenges. Simple, satisfying, and endlessly replayable, Super Mario 64 always put a smile on our faces. 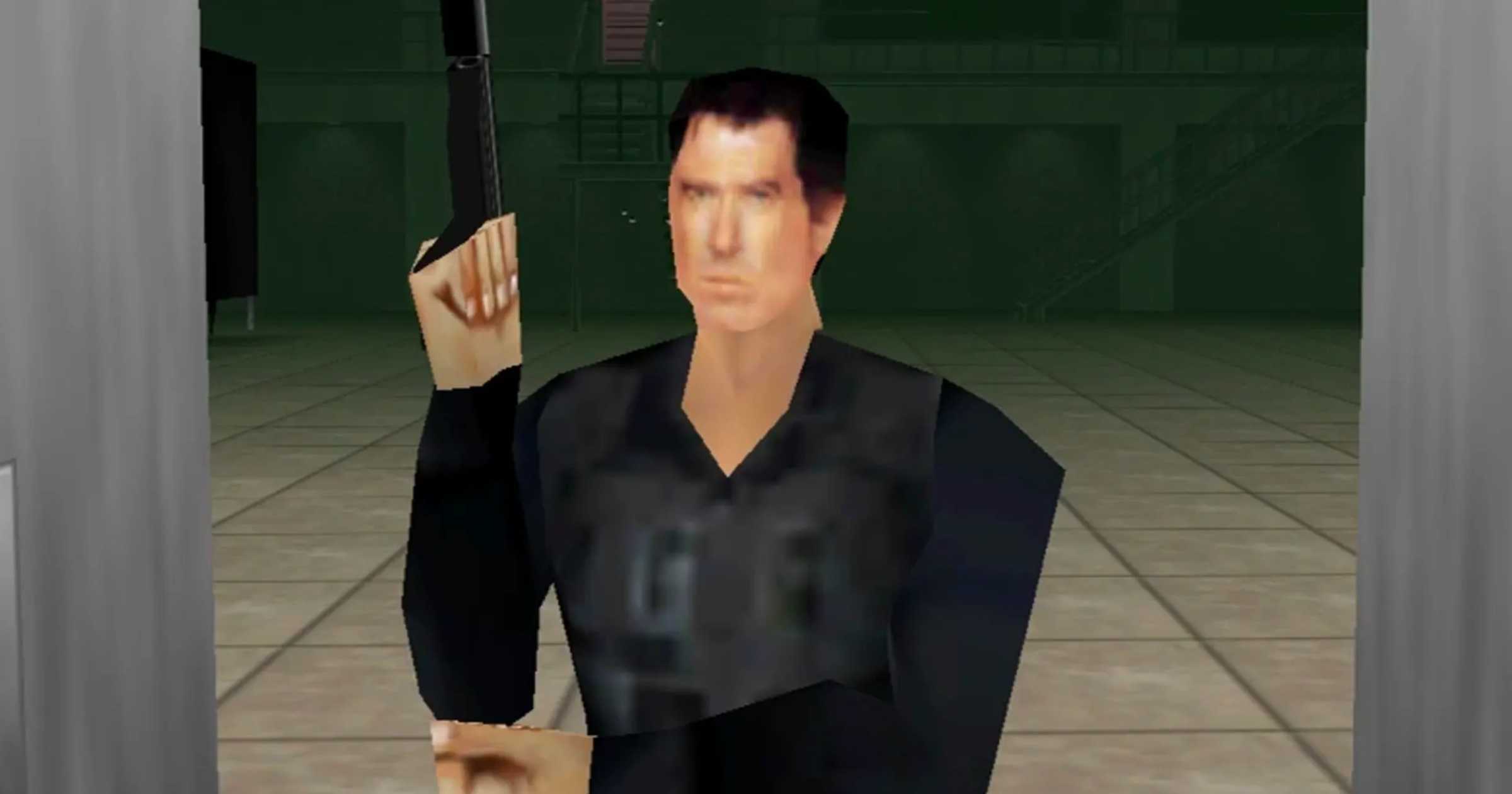 There are a handful of first-person shooter games that had a major impact on the genre moving forward, and Goldeneye 007 sits incredibly high on that list. Responsible for popularizing local multiplayer on consoles, Goldeneye 007 was a fan-favorite with competitive players around the world. Based on the James Bond film of the same name, Goldeneye 007 had an immersive single-player mode, but it was the 4-player competitive modes that got the most acclaim. Thanks to some excellent customization options and unforgettable maps, you could blast down your buddies with impressive variety. Cheat codes like “big head mode” and “paintball bullets” made things even more enjoyable, resulting in some of our favorite gaming memories of all time. 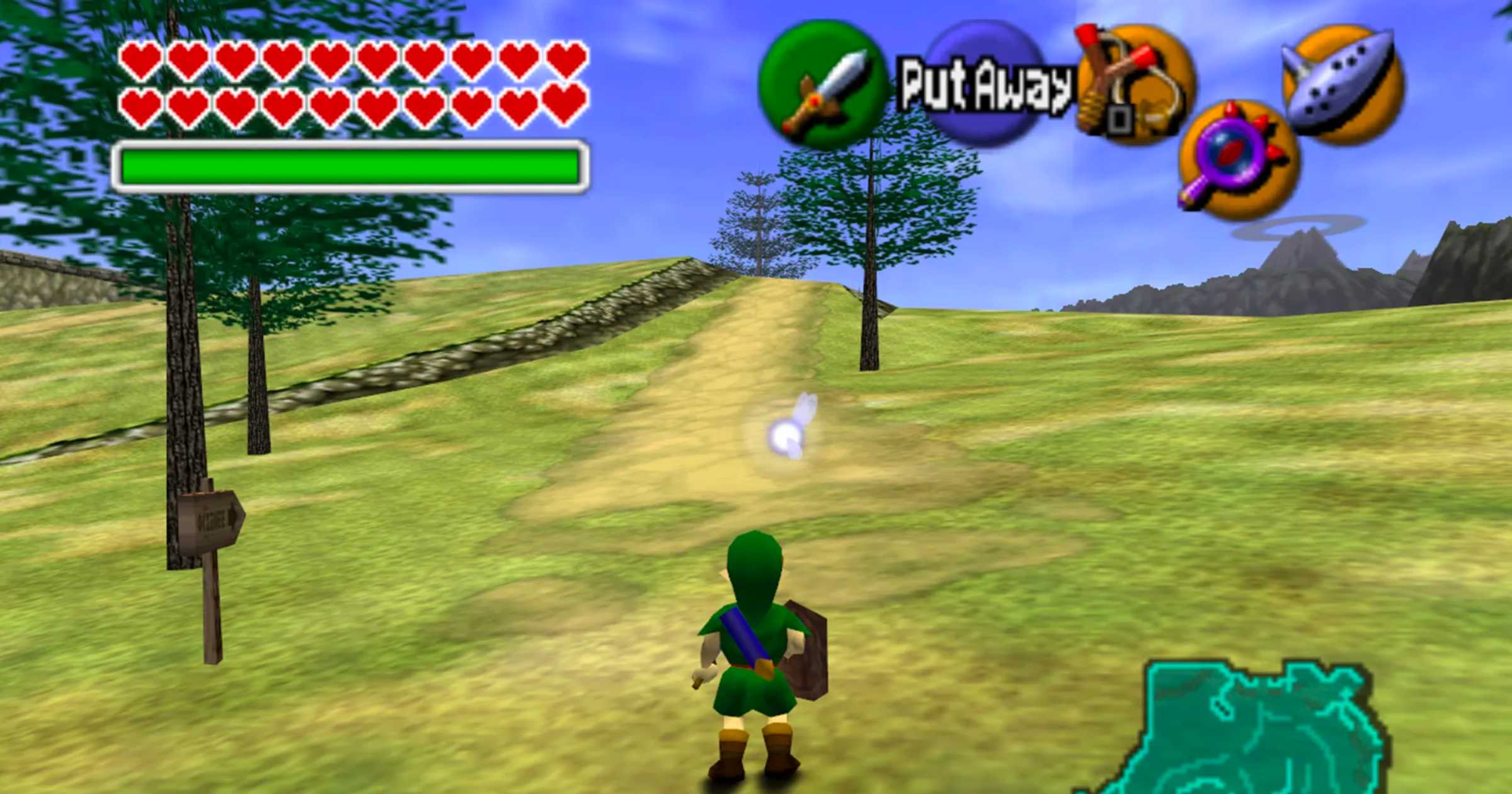 Zelda: The Ocarina Of Time

When it comes to naming the greatest game of all time, The Legend of Zelda: Ocarina of Time is a title that gets included in the conversation almost every time. There’s no disputing the quality of this epic fantasy quest that, like Super Mario 64, revolutionized the design of 3D adventure games for the rest of gaming history. In this unbelievably whimsical and endearing journey, you must save the wondrous land of Hyrule from the evil sorcerer Ganondorf. This quest takes you through puzzle-filled temples, sees you battling humongous bosses, and even traveling across time. When it comes to the best Nintendo 64 game of all time, opinions will vary wildly, but The Legend of Zelda: Ocarina of Time is always my first choice. If you’ve never experienced this timeless masterpiece, do yourself a favor and start playing it now.

Although we have our personal favourites, that does not mean that you will agree with our list of the best Nintendo 64 games. Take a look at this shortlist of the best selling N64 games of all time. Will Turok make the cut? Or are we looking at more familiar titles? Scroll down to find out!
–

† Unit sales are an estimate.

As much as we would all love to think that GoldenEye was the best selling Nintendo 64 game of all time, Super Mario 64 pips this classic to the post by some 3 million copies. As the very first game to be released on the Nintendo 64, Super Mario 64 would go on to become the world’s most sold N64 game with nearly a whopping 12 million unit sales.

Now, while that might not seem like a lot compared to Mario Kart 8 Deluxe which was awarded by our editors as the best children’s Nintendo Switch game, you must remember that gaming was nowhere near as popularised back in 1996 as you will find today. Therefore, to sell over 12 million units was a phenomenal achievement during ’90s gaming.
–

So there you have it, our roundup of the best N64 games that would still put some of consoles’ more recent releases to shame. No seriously, we’re not joking. If you have never played the Nintendo 64 before, you have completely missed out on an entire era of high-quality video games.

While the Magnavox Odyssey trail-blazed video gaming back in 1972, the Nintendo 64 set the benchmark for the future generation of gamers. So much so, you could argue that some of the best N64 games are also ranked highly as the most sought after collectables. In fact, despite the PS1 selling almost 5x as many units, the nostalgia value in the N64 is far superior to anything that the Playstation 1 could muster up.

Did we miss any titles? Turok, perhaps?

Give us your top 5 of the best N64 games below in the comments. Meanwhile, feel free to check out some of these other incredible roundups and game reviews:

Can you play N64 games on Switch?
Yes, you can play N64 games on Switch. Since the celebration of Nintendo’s 25th anniversary, players can now gain access to some of the best N64 games via their Nintendo Switch. Just like a subscription to Netflix, players must subscribe to Nintendo’s online service to gain access to games across the N64, SNES, NES and Genesis. Trust us, it’s worth the subscription!
How many games came out for N64?
In total, there were 393 officially licensed games released for the Nintendo 64. This spans from the very early 1996 game titles all the way up to 2002. While many of them are now unavailable to purchase, you can still grab plenty of titles via the Nintendo eShop or online.
Why are N64 games expensive?
As with most games consoles that become items of nostalgia, the value of N64 games has not depreciated much over the years. In fact, in terms of dollar value, the price has risen. Unfortunately, because game manufacturers refuse to make new games for the Nintendo 64, the limited supply has resulted in higher prices as the games have more demand than supply.
What are some other must play N64 games?
Inclusive of the list above, some other must play N64 games include Perfect Dark, Paper Mario, Wave Race 64, Mario Party 3, Turok, Extreme G Racing and Star Wars: Rogue Squadron. Frankly, there are easily 20+ must-play Nintendo 64 games still available to purchase online.

Content Disclaimer: This handpicked shortlist of the best Nintendo 64 games of all time has been independently written. We have not been commissioned by any manufacturers featured on this list, nor have we received any royalties for this article. This includes financial reimbursement, free advertising or free gifts. In addition, all statistics are estimates based upon publications from manufacturers.

Should you click on any link to Amazon and make a purchase, we may receive a small commission. But that’s just how we keep this website alive and free to use! Please hit us up in the comments with any questions you may have about N64 games. 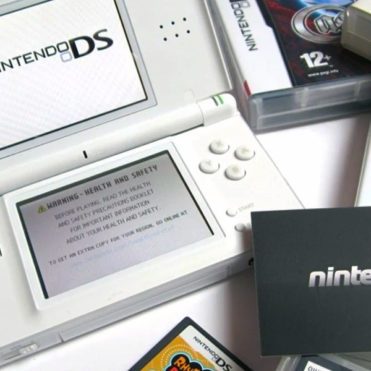