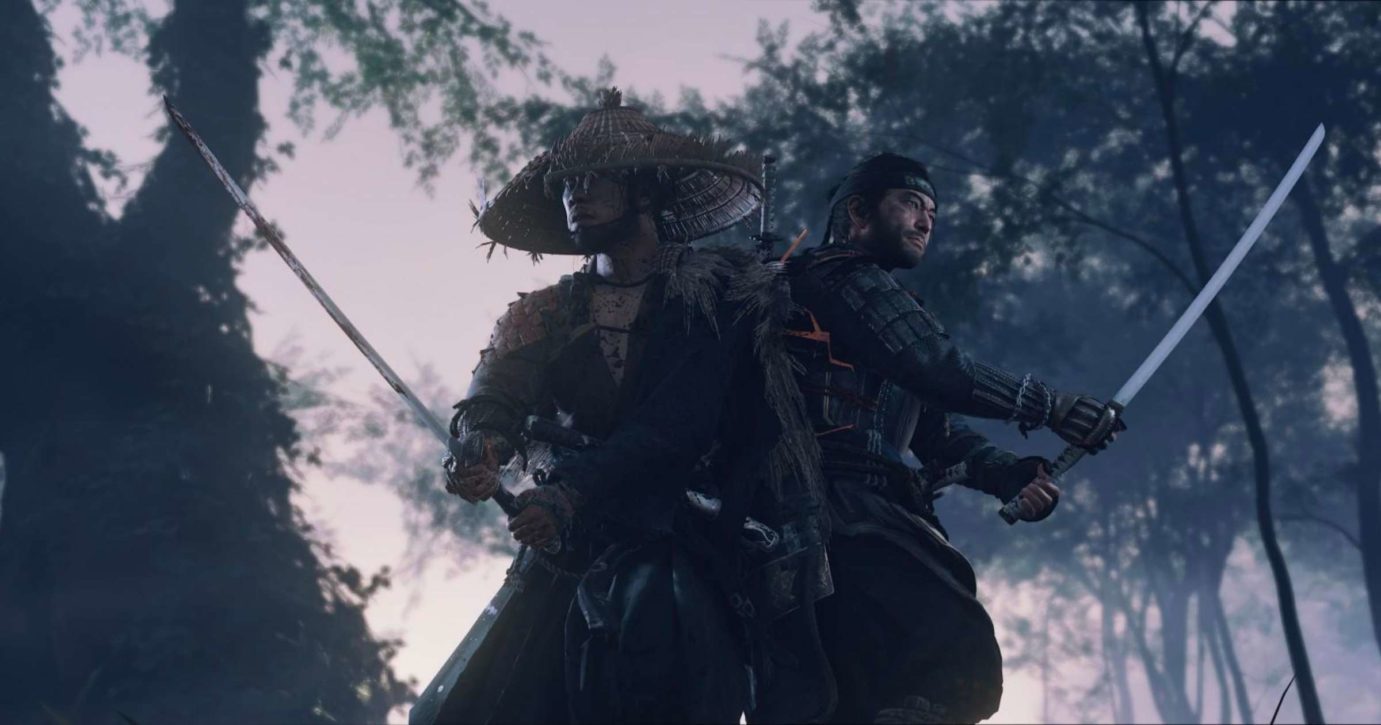 An instant action RPG classic that you will love.

Like any other game, Ghost of Tsushima is not perfect—and you may stumble on some glitches and minor frustrations. However, for what it may lack, Ghost of Tsushima definitely makes up for it with its compelling blade-to-blade combat system. Which, by the way, is probably one of the best combat systems the open-world action genre has ever seen.

This 3-act adventure is stuffed with dark themes. some comic relief incredible voice acting and, of course, the incredible script of the stunning bitter-sweet fictional tale of Jin Sakai—The Ghost of Tsushima. But is Ghost of Tsushima worth buying this year? Find out as we go undercover of Sucker Punch Production’s most gripping game release in recent times with our extensive Ghost of Tsushima game review.
–

Every good storyline starts with conflict and the story of Ghost of Tsushima’s 13th century Japan during the Mongol invasion is absolutely insane. The characters and storyline might be fictional, but it is based on the actual invasion that took place centuries ago.

Ghost of Tsushima’s story revolves around Jin Sakai and his inner conflict. He has a choice to continue fighting the invaders using the honourable “samurai way,” which is quite inadequate when you are outnumbered by the dishonourable Mongol empire amongst other antagonists. Or, choose to become a “ghost” that fights and kills enemies by stabbing them when they are not looking. This is of course the more effective way of saving Tsushima, and all the people in it. However, it is not honourable, to say the least.

This conflict within himself mixed with the bigger conflict that is happening with the invaders and bandits gives you 40 to 60 hours of gameplay bliss. With notable side quests, dark storylines, mythic tales, and recruiting whoever is left to join you in your quest to freedom, the storyline of Ghost of Tsushima is gripping and entertaining. We have not said too much here because, well, you should see for yourself.
–

Whether you choose to play the game with Japanese or English dub, it doesn’t change the fact that the main antagonist, Khotun Khan, is one of the most memorable game villains of the newer generation of console games. For real, you are going to fall in love with Khotun for all the wrong reasons.

He is intimidating, calculated and with his Mongol army, he always seems to get his way. Through watching all of the cutscenes and fantastic dialogue, you will really get excited to go face to face with the tyrant as you progress through the game.

But make no mistake, Khotun Khan is no fool.
–

The Island of Tsushima: Random Enemies, Power-Ups, Mini Games, and So Much More!

A driving factor behind many of the positives within this Ghost of Tsushima review is quite simply, the map. It is filled with scenic locations, picturesque mountains and plenty to uncover. What is arguably the best part about it is that it does not feel tedious to explore. Of course, you get to fast travel to any place you’ve been to previously, however, exploring and uncovering the map is one of its joys.

When exploring the island of Tsushima, you should expect random battles with invaders, bandits, and even ferocious bears. And, to build your character’s skills and discover items, you will discover places like fox dens, pillars of honour, and climb up mountain tops and platforms to reach shrines—which is another mini-game. It’s kind of like Ubisoft’s Far Cry Primal in the sense that there is plenty to build strength and explore.

During your exploration, if you don’t want to do the main or side quests—you will discover Mongol camps and towns under Mongol rule. Liberating towns, farmsteads, and camps is one of the best side missions, as you get to choose if you want to take the Mongols head-on, or go full-blown Assassin’s Creed on them; slaughtering the enemies using your small blade, kunai, bombs, or arrows.

Unlike other games, you get to experience playing as the Ghost in full cinematic mode, thanks to the Guiding Wind. Instead of having a HUD that could ruin the experience, you can use the guiding wind as a 13th century GPS system to get to your tracked locations.
–

When reviewing the gameplay, we instantly couldn’t help but feel that we had played this game before. Although it is really familiar to games like Assassin’s Creed and The Witcher in terms of mechanics, character skill, and arsenal building— that doesn’t deviate from the fact that Ghost of Tsushima is also uniquely addictive.

In addition, Ghost of Tsushima also reminds us of the Uncharted series with a few platforming elements that add to the entertainment and varying complexity.

Exploring the island of Tsushima during the Mongol invasion in 1274 as you live out your samurai dreams is truly an immersive experience. The map is filled with tons of gorgeous landscapes, the slicing and dicing of invaders is gripping and there is so much more than just these two elements. With tons of enjoyable side quests and activities that teach you about lore, there are so many ways you can navigate through the game.

We will get more into the combat soon, however, the controls for Ghost of Tsushima are fluid. It’s comparatively as well made as any of the other incredible open-world games.
–

The combat is without question the games most compelling feature. Parrying, dodging, slicing, heavy attacks, using ninja weapons like kunai, stealth smoke bombs, different fighting styles, bombs, and archery—there is nothing to not enjoy. Having all these elements makes the game extremely fun to battle enemies all throughout.

However, the fun comes from the challenge. Ghost of Tsushima’s combat mode is not your regular hack-and-slash RPG. Even when surrounded by many enemies, you can strategically plan your attacks, parries, and dodges to leave the battlefield unscathed.

To heal yourself, you will need to use “Resolve.” The “Resolve” meter can be filled by killing enemies and perfecting the art of parrying or dodging. However, you can also fill your resolve by equipping different charms that you can get by completing quests.

Honestly, there are games that make combat feel like a chore. It makes you feel like you are grinding just to level up, but that is not the case for Ghost of Tsushima’s satisfying combat. Even the stealth mode is well implemented. Building your skill matrix and upgrading your weapons, armour, and using your charms is not new when it comes to action RPGs, but learning a new skill gets you excited to try them out the next time you run into a random or quest battle.
– 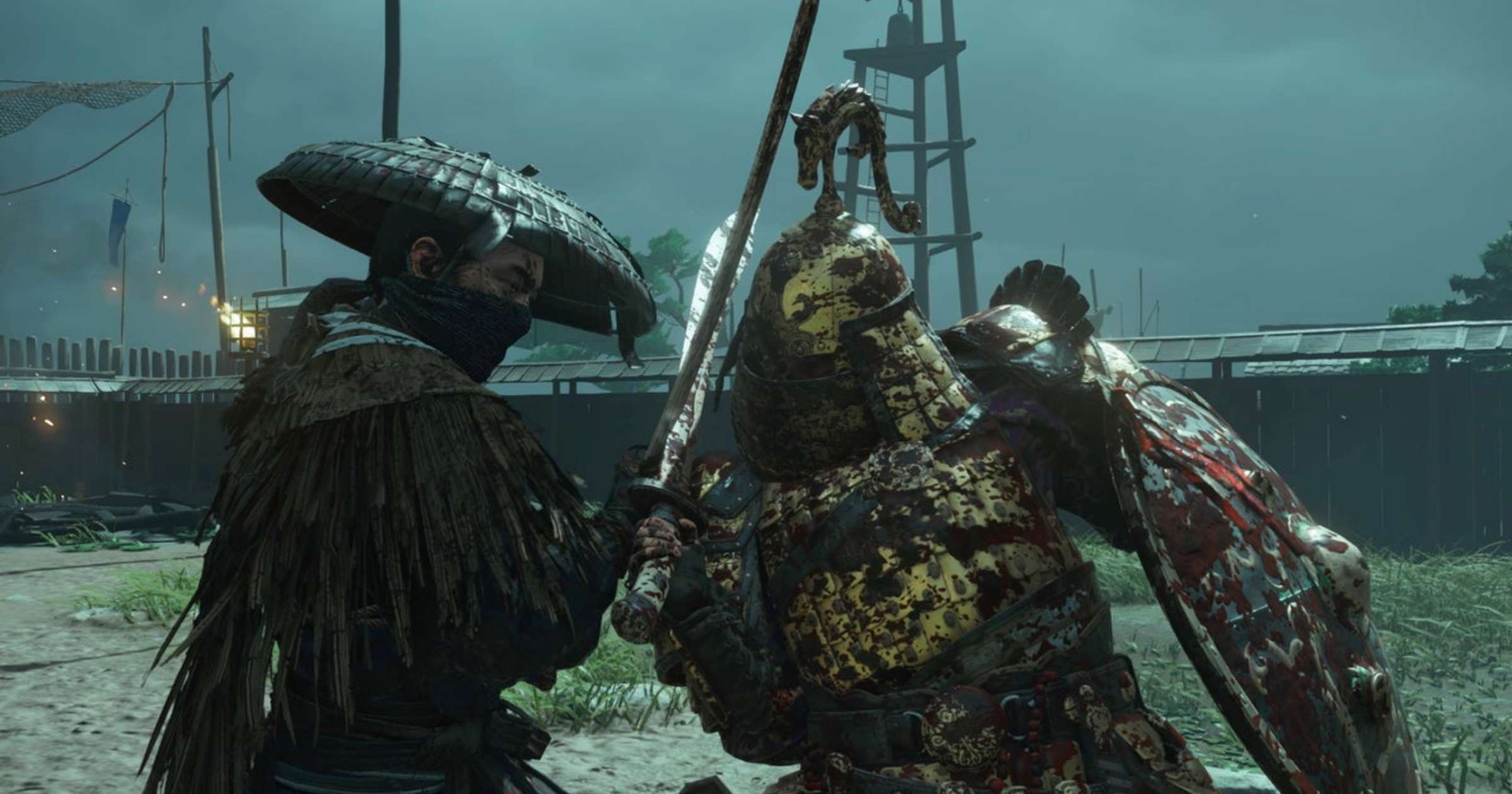 Although facing many enemies at once can be fun—liberating Mongol strongholds without being detected is one of its most notable features. As you know, being the Ghost and being more like a ninja than a samurai is against Jin Sakai’s code—but sometimes you have to embody the Ghost identity when you need to save lives. Plus, being stealthy is an excellent way to challenge yourself by planning out a strategy to kill all your enemies without being noticed.

Some quests will require you to remain undetected, but in other cases, it is completely optional and you choice of combat mode.
–

Side Quests and Mythic Tales

If there is one thing that may feel tedious about other action-RPGs, it is the filler content. However, that is not the case for Ghost of Tsushima.

Almost every side quest can be significant. Completing side missions will allow you to acquire new skills, armour, weapons, and even comrades in the bigger fights. Although you can definitely finish the game without doing any side quests, completing them still makes the story more “complete” in a sense.
–

Quests to take over tyrants ruling a castle is another thing to look forward to. Going into an all-out war using your skills, stealth, and fighting with some of the comrades you meet along the way is such an immersive experience.

Additionally, duels in this game are super fun. From the intense cutscenes until the end of the battle. The game creator took inspiration from samurai movies, which is why every camera angle and cutscene makes dueling and stand-offs feel more intense.

Overall, playing the game captures the feel of classic samurai cinema, especially when you play the game in Kurosawa Mode—which makes it more epic with the black-and-white filters, monochrome shades, and aged-film effect. But we wouldn’t blame you if you still want to see the entire game in colour.
– 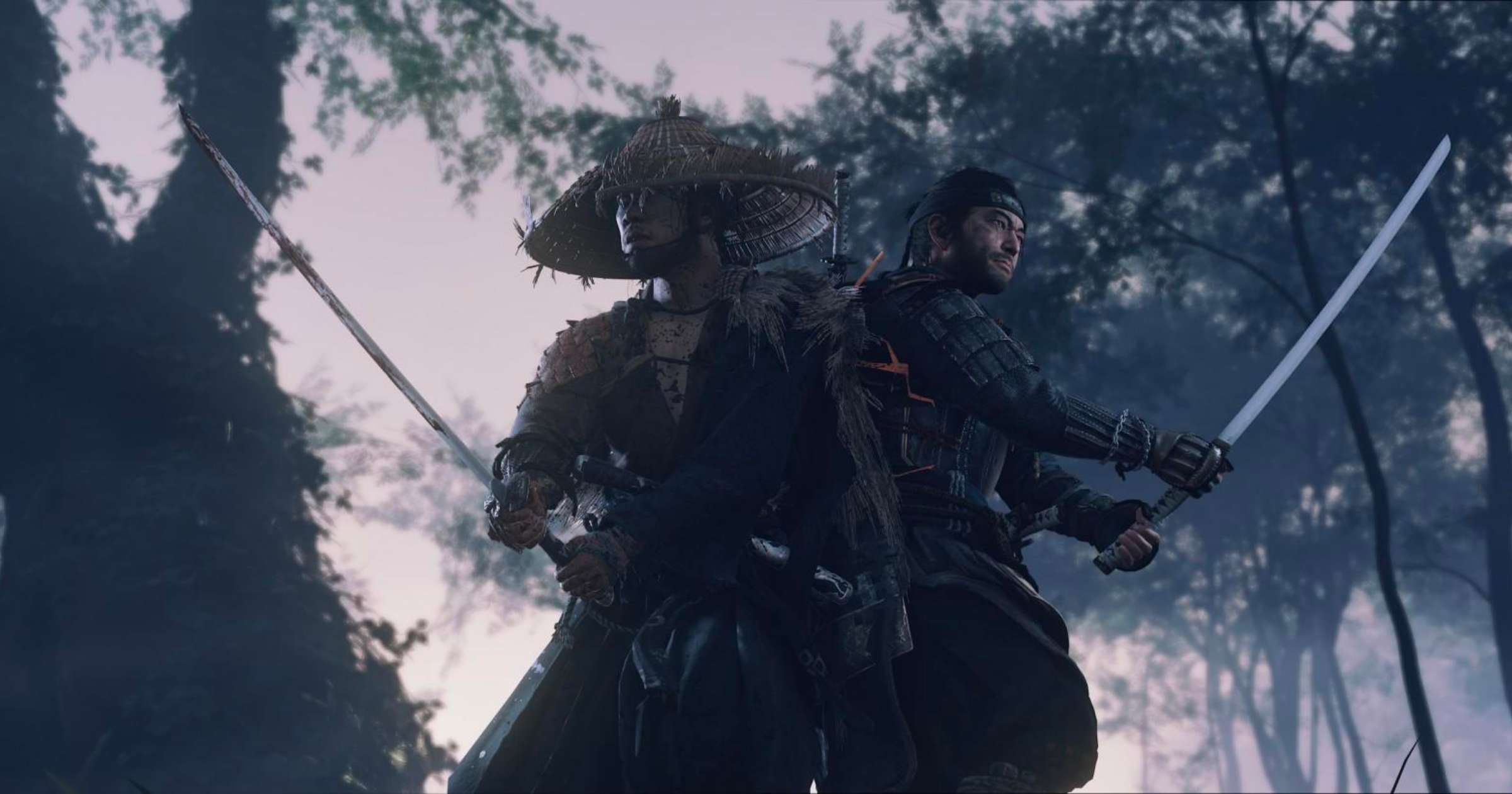 So, is Ghost of Tsushima worth buying? It’s a resounding yes. Sucker Punch Production’s latest release spoils action-RPG fans by giving them all the bits and pieces that make for an addictive open-world action RPG. Ghost of Tsushima is more than just a game. It is an experience. It might have familiar elements from past games, but those are some of the elements that game developers should definitely keep.

If you are looking for a game with a good story and even better gameplay, then Ghost of Tsushima is one of the games that should be on top of your list.

It may not be perfect and it isn’t actually ground-breaking in terms of being original. However, whatever it lacks, it makes up for it in many aspects—such as satisfying combat, strikingly beautiful locations, an intimidating main protagonist, and an inner conflict that makes you not want to stop playing. It is a land full of mystery, blood-soaked combat.

The story is beyond amazing and the map is nothing short of beautiful. When you combine a good storyline, excellent cutscenes, and duel cutscenes with majestic gameplay and blade-to-blade mechanics—it would make for an epic game like Ghost of Tsushima.

Thoughts on Ghost of Tsushima? Join the comments below.

Ghost Of Tsushima Review
You will definitely feel like you have played Ghost Of Tsushima before. Its gameplay is akin to the likes of the Witcher and Assassin's Creed. Yet, Ghost of Tsushima is a unique addictive and beautiful action RPG that perfectly tells the bitter-sweet fictional tale of Jin Sakai—The Ghost of Tsushima. A must purchase for this year.
Graphics
89
Gameplay
89
Combat
85
Value
87
FTW
Best Samurai Game
Incredible Map
Insane Combat Mode
Addictive Storyline
Took The L
Not Too Demanding
Poor Stealth Implant
88
Editor Rating
Buy On Amazon
–

Content Disclaimer: This Ghost of Tsushima Review is independently written. We have not been commissioned by Sucker Punch, nor have we received any royalties for this article. This includes financial reimbursement, free advertising or the Ghost of Tsushima game.

Should you click on any link to Amazon and make a purchase, we may receive a small commission. But that’s just how we keep this website alive! Feel free to hit us up in the comments with any questions you have about our reviews or Ghost of Tsushima. 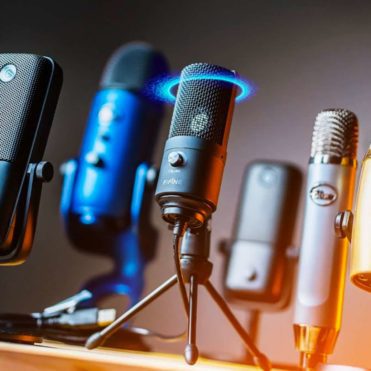