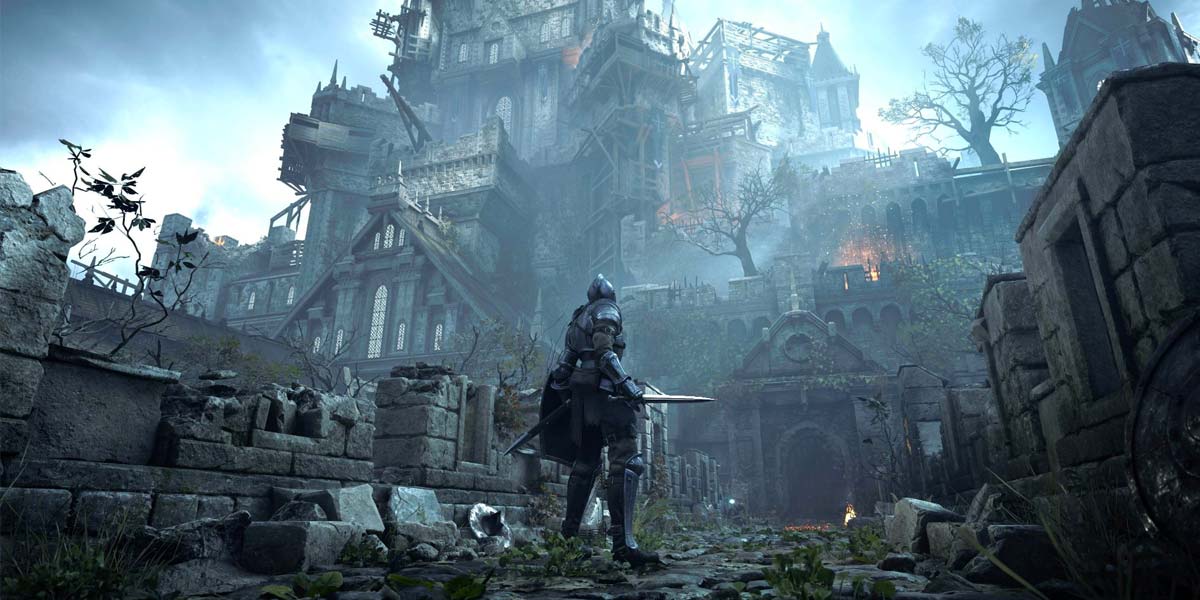 Not just a remake of a classic game. It’s genius.

Back in 2009, when the original Demon’s Souls released on the PS3, very few could have predicted how long its legacy would extend. Director, Hidetaka Miyazaki, did not just make a game. He kicked off an obsession. The challenge the game offered was something that very few action RPGs dared to attempt. But it proved that there were a lot of gamers out there that enjoyed its levels of masochism. 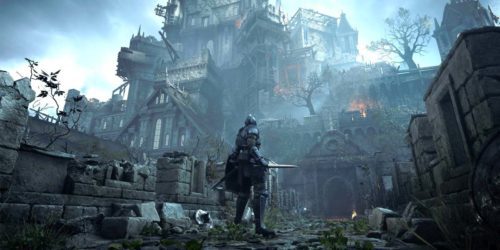 With every passing new title, the formula has been refined and experimented upon in many ways. Yet, the core has always been the same. This is one of the reasons why you will find in this Demon’s Souls Remake review that the reboot is absolutely genius. From lightning-fast loading times on the PS5 to new and improved mechanics, find out all you need to know about Demons Souls Remake in our editors Demons Souls Remake Review.

Oh, don’t forget to message us with your thoughts on the reboot in the comments below when you are done reading!! 😃 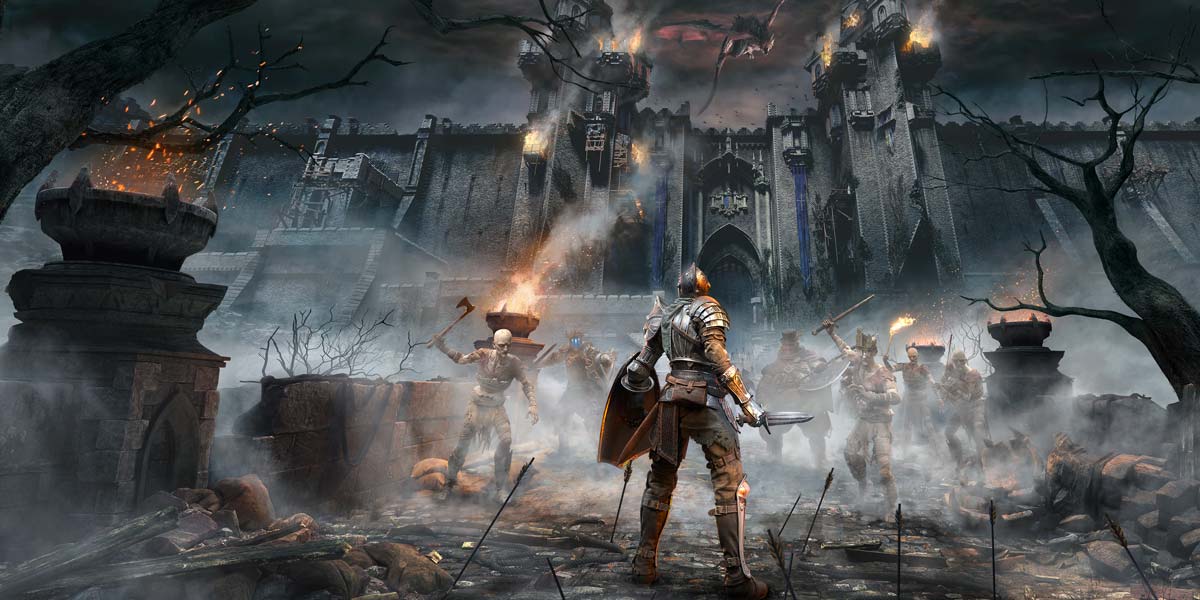 If you are familiar with the titles of the From Software pedigree, you will instantly know what Demon’s Souls Remake is like. You take on the role of a soldier who returns to find the kingdom of Boletaria overrun by demons and other monstrosities of darkness. From its very first moments, the game envelops you in an eerie environment filled with despair.

With very little guidance, you thrust yourself forwards to turn the situation around against all odds. You quickly, however, find out that the ghoulish fiends you encounter are not as weak as in other adventures. Every enemy blow hurts a lot, forcing you to make copious use of your roll, shield and parry to keep you from dying.

But, losing your life in Demon’s Souls is, as expected, an inevitability. In fact, the very first time you succumb to your mortal wounds you realize that this game will not be a cakewalk. While we have had our fair share of Soulslike deaths, there was something about dying in this particular game that filled us with maximum dread.

For one, Demon’s Souls Remake does not have the Estus flask like in the Dark Souls series. Instead, you collect different types of grass that heal you for varying amounts of HP. On the one hand, this means you can spend time stocking up. However, the drop rates are not as impressive as you would expect and each type of healing item has its own weight value. This adds a layer of resource management that is akin to a survival horror game. The result of this is that the game adds more weight to your decision making as you trudge along through a sea of enemies that never truly ever feel like cannon fodder.

On top of that, Demon’s Souls Remake has a system called World Tendency. Depending on several conditions, such as dying while in human form or killing bosses, the game’s 5 areas – called Archstones – will move between Pure Black and Pure White.

Move the needle of an Archstone towards white and you’ll get a somewhat friendlier experience as well as some nice item and equipment drops. Stray too far into the black, however, and your enemies will become tougher to kill and likely be accompanied by Phantoms, elite enemies that really mean business. Combine these factors with the game’s grueling checkpoint placements and you’ve got as tough an experience as they come. 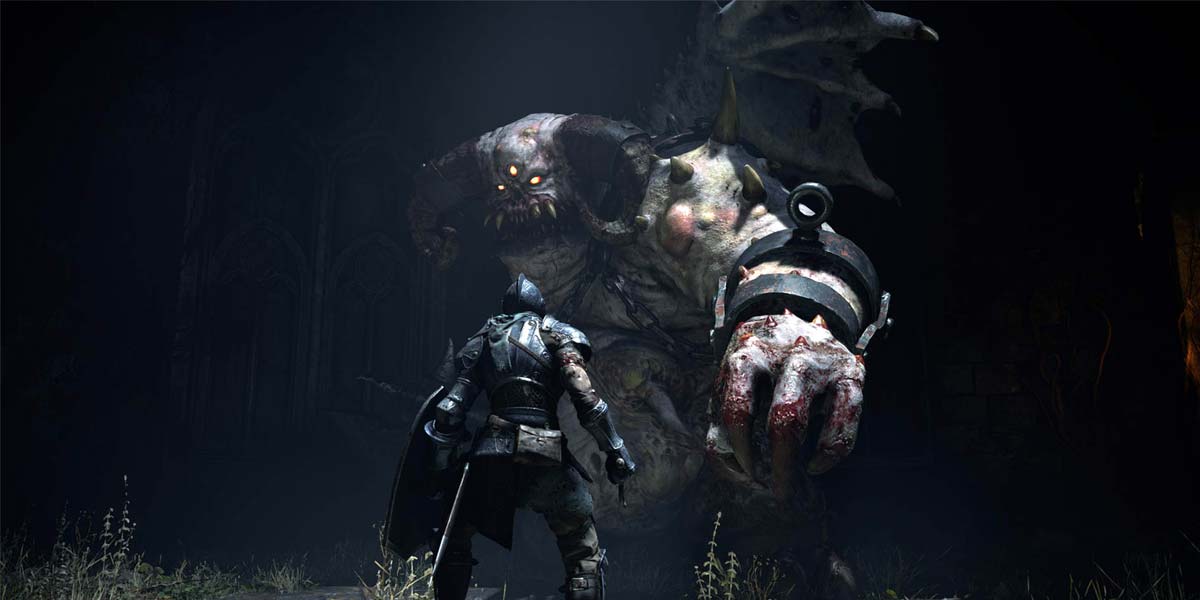 If you are concerned whether some changes have been made from the original Demon’s Souls then you can rest easy that they are all mostly in the quality-of-life department. One of the most welcome changes is that the game will now automatically move items that would overburden you to your stash. Becoming overburdened from picking up items was an annoying aspect of the original game that led to many frustrating moments so we are happy it’s now been changed.

Another superb improvement is the introduction of eight-way rolling. If you have ever played the original Demon’s Souls, you are probably aware of only being able to roll in the 4 cardinal directions. Demon’s Souls Remake allows you to roll in the diagonal directions as well, making defensive manoeuvring more reliable and accurate. Finally, multiplayer can now be had with up to 6 players instead of the original’s 4. Beyond these and a few other visual and cosmetic changes, Demon’s Souls Remake retains its predecessor’s DNA as the geniuses at Bluepoint were able to use the game’s original code.

What disappointed us the most about the remakes changes was the lack of quality-of-life improvements to multiplayer. FromSoftware has always had a tendency of making its Soulsborne RPGs have some convoluted story-based method of teaming up with others. However, Demon’s Souls has always been the worst. The items you need to summon others are incredibly scarce which effectively bars you from playing through the whole game with friends. While I get how this is part of how the game was designed, I would have expected some extra options in the Remake to make it a bit friendlier to new players.

Is Demon’s Souls Remake Worth Playing?

Regardless of whether you played the original, Demon’s Souls Remake is an absolute must add to your collection. From it’s classical references to modern game mechanics, it takes the era of superb story telling and adds a huge dose of modernisation. Remember when movies were good because of the storyline rather than the CGI?

Well, Demon’s Souls Remake is a quality blend of both.

Demon’s Souls Remake is not just a welcome re-issuing of a classic game. It is a stroke of genius. As such, we have given this Demon’s Souls Remake Review an impressive score of 89%. Redesigning visuals for next-gen consoles, coupled with keeping the original games core code intact, has resulted in the game appealing to a broader audience. No matter whether you are a seasoned professional or new to the series, everybody can dive in and experience the game that started a revolution.

And it’s quite a sight to behold. The brooding and solemn veil of Boletaria’s state is superbly delivered at every turn. Enemies and bosses look stunning without losing the aspects that made them feel truly menacing. It’s all even more impressive when you get to experience the game with PS5’s lightning-fast loading times that only make playing through Demon’s Souls Remake that much better.

We will posit that the game is not for everyone, which is something that applies to all Soulsbornes. On the other hand, the remake is one of the best titles currently on the PS5 and is absolutely gorgeous. If you are willing to set aside your pride and allow yourself to embrace repeated deaths, you should definitely give this game a whirl.

Thoughts on Demon’s Souls Remake (PS5)? Share your comments below.

Should you click on any link to Amazon and make a purchase, we may receive a small commission. But that’s just how we keep this website alive! Feel free to hit us up in the comments. We would love to answer any questions about this Demon’s Souls Remake Review or the series in general. 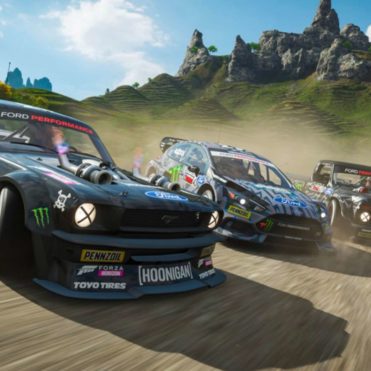 Best Racing Games (Xbox One & Series X)
Got an opinion?
Leave us a comment!