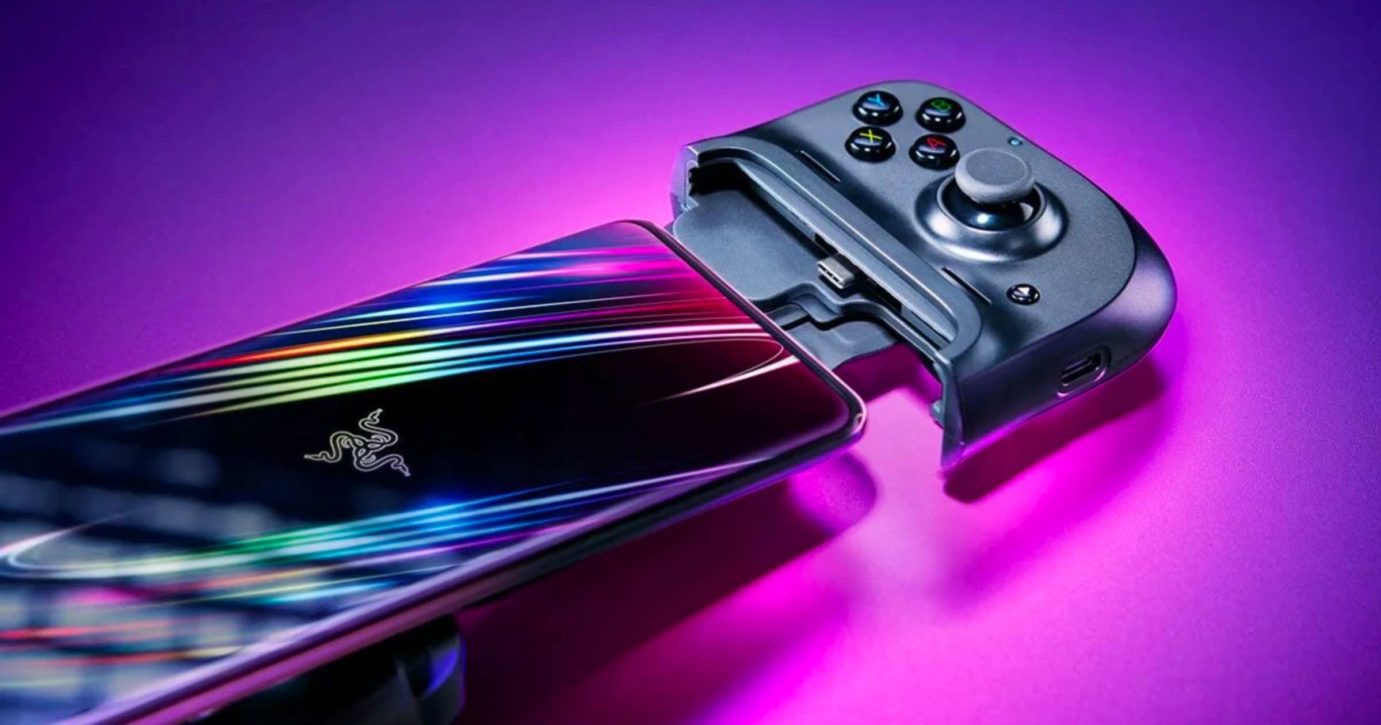 As the popularity of mobile gaming grows, so does the demand for ergonomic controllers that work seamlessly with Android and iOS smart phones. As such, it’s no surprise that Razer has added one of it’s very own into the mix. 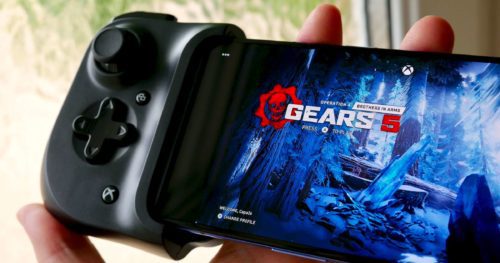 Suitable for iOS and Android smartphones, the Razer Kishi is a mobile gaming controller that takes everything we love about console controllers and replicates the experience for your mobile.

Scroll down to read full Razer Kishi review or skip sections via the links below. Don’t forget to hit the comments below with any questions once you are done!

Editor Note: The Razer Kishi V2 is now available in Australia. Once you have read our Razer Kishi review, head on over to Razer and consider your options. A lot of what is wrong with the Kishi has now been fixed! 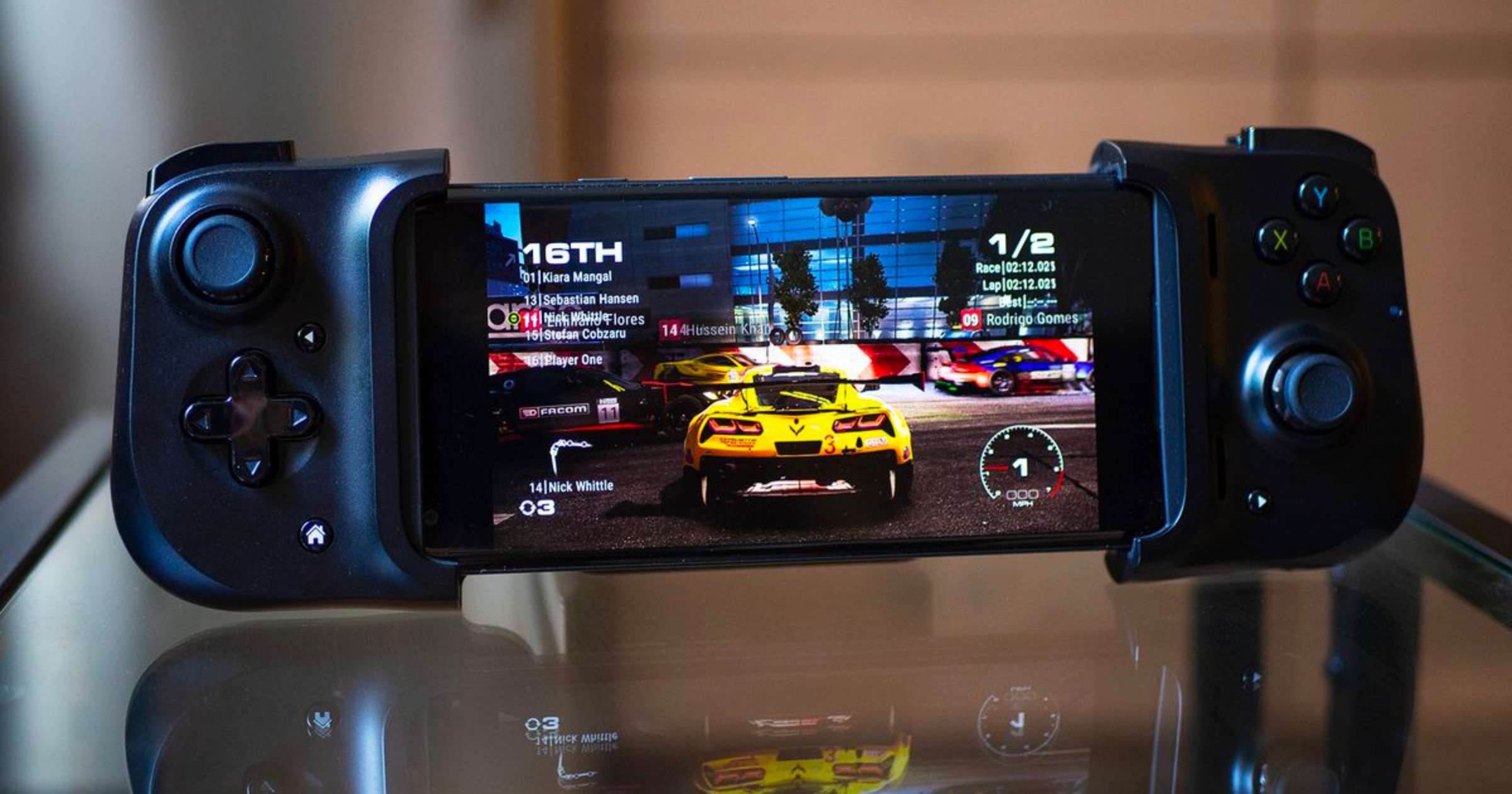 As a gaming controller that connects directly with your mobile, one of the biggest wins for the design of the Razer Kishi is actually that it will not require any batteries to operate. Just simply connect to your phone, plug the USB Type-C charging port into the Kishi directly and away you play forever.

Combining console-like controls with incredible portability, the Razer Kishi looks like a miniature Xbox or PS5 controller and behaves like one too. On the front you will find your typical XYAB buttons as well as 3 other buttons that serve as the ”Home”, “Options” and “Menu” keys. These can be mapped to games and come handy for different titles.

You’ll be blasting heads off in no time!

While some Razer Kishi reviews have slated the ergonomics, we actually found the design of the Razer Kishi to be extremely comfortable over long periods of play. With perfect placement of buttons and a barely noticeable difference to that of an Xbox or Playstation controller, the Razer Kishi has been well considered.

In addition, regardless of what phone you use to game, the Razer Kishi will fit most Android devices and of course, iPhones when you purchase the iPhone model. Through flex in the shell, the Razer Kishi can also be stretched and clamped on a variety of phones and tablets. The fitting is secure, despite flimsy for larger mobile phones. However, you can be sure that it will never come loose from your phone.
–

As we have eluded, overall, the build quality of the Razer Kishi is very solid. There is some unnecessary flex on larger mobile devices that might annoy some gamers, however, the Kishi feels great in your palms and definitely won’t be falling off like other PC gaming controllers. Our hands were certainly well acquainted quickly.

As for specifications, the Razer Kishi is fairly light at 163 grams and absolutely nails latency. Through directly connecting to your mobile, there is far less latency than bluetooth controllers and this is a huge win.

Here are the official specifications for the Razer Kishi.
– 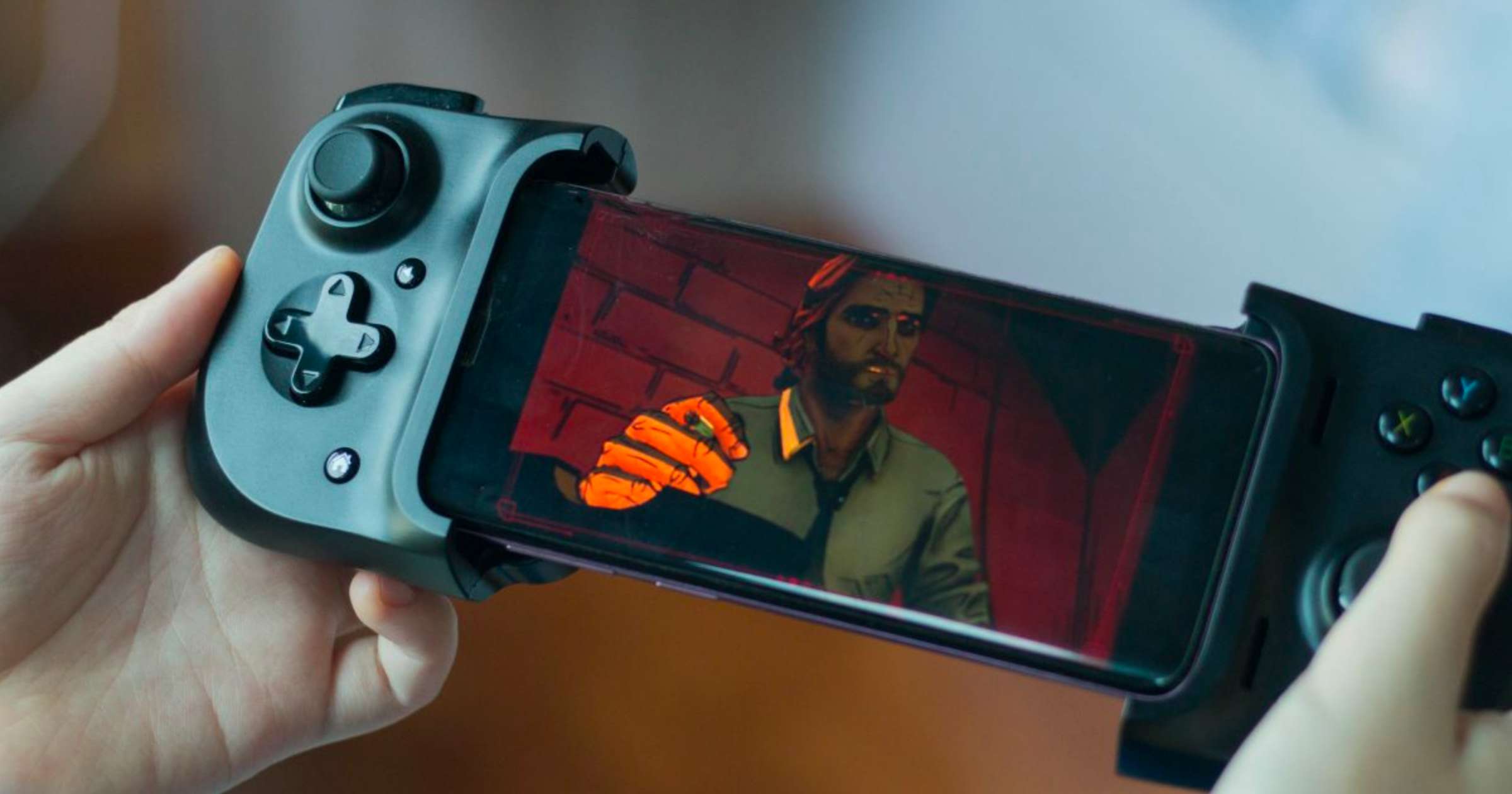 As for the controls, for the most part, they are a big hit and work smoothly. There are a few AAA games that the Kishi will just flat our reject (see Razer Kishi gameplay review below), however, for everything else, the controls have been specced out well. Operating almost identically to Nintendo’s joy-con controllers, the Kishi will split into two halves and connect to either side of your mobile phone when in landscape mode. It is not suitable for portrait mode so playing games like Tetris might suck a little.

The curved edges of the Razer Kishi also make for extremely comfortable placement areas for your hands and the controls are perfectly sized for both small people and total giants. To be picky, the thumb sticks may need a little reworking from Razer to include larger tops for those with bigger fingers. However, this is manageable unless you’re Hafþór Júlíus Björnsson or some other absolute monster.

One of the standout features for us when writing this Razer Kishi review was actually the controller layout. It’s identical to that of major gaming consoles and you will immediately feel at home if you are switching from console to mobile gaming. While we love Joy-Con controllers, the buttons are too small and switching from console to Switch can take some adjustment. You won’t have any of those issues with the Razer Kishi.

The bumper resistance is also a big hit. You can sometimes hear the mechanics, however, there’s plenty of resistance to suit most gamers. This is something we love about the Xbox elite controllers and Razer have clearly been taking notes on feedback from Xbox players over the years.
–

Although this is to be expected with most mobile gaming controllers, the Razer Kishi was unfortunately somewhat patchy during gameplay. While perfect on games such as Asphalt and Fortnite, when playing Call Of Duty Mobile, the Kishi just simply did not work properly.

This is due to a lack of mapping support which will (in the future) enable you to map physical buttons to the virtual on-screen buttons that you will be used to without a mobile gaming controller. Razer, in the past, have stated that this functionality is on the way. However, we are yet to hear on an exact timeframe which we are itching to speed up.

That said, the Razer Kishi is completely compatible with GeForce Now, Microsoft xCloud and Google Stadia. This is a huge win and opens up a whole world of games that might take you away from the core AAAs. In addition, you will definitely notice reduced lag with the Razer Kishi controller connecting directly to your mobile phone. It’s a few milliseconds difference, however, it can sometimes feel like much much more. 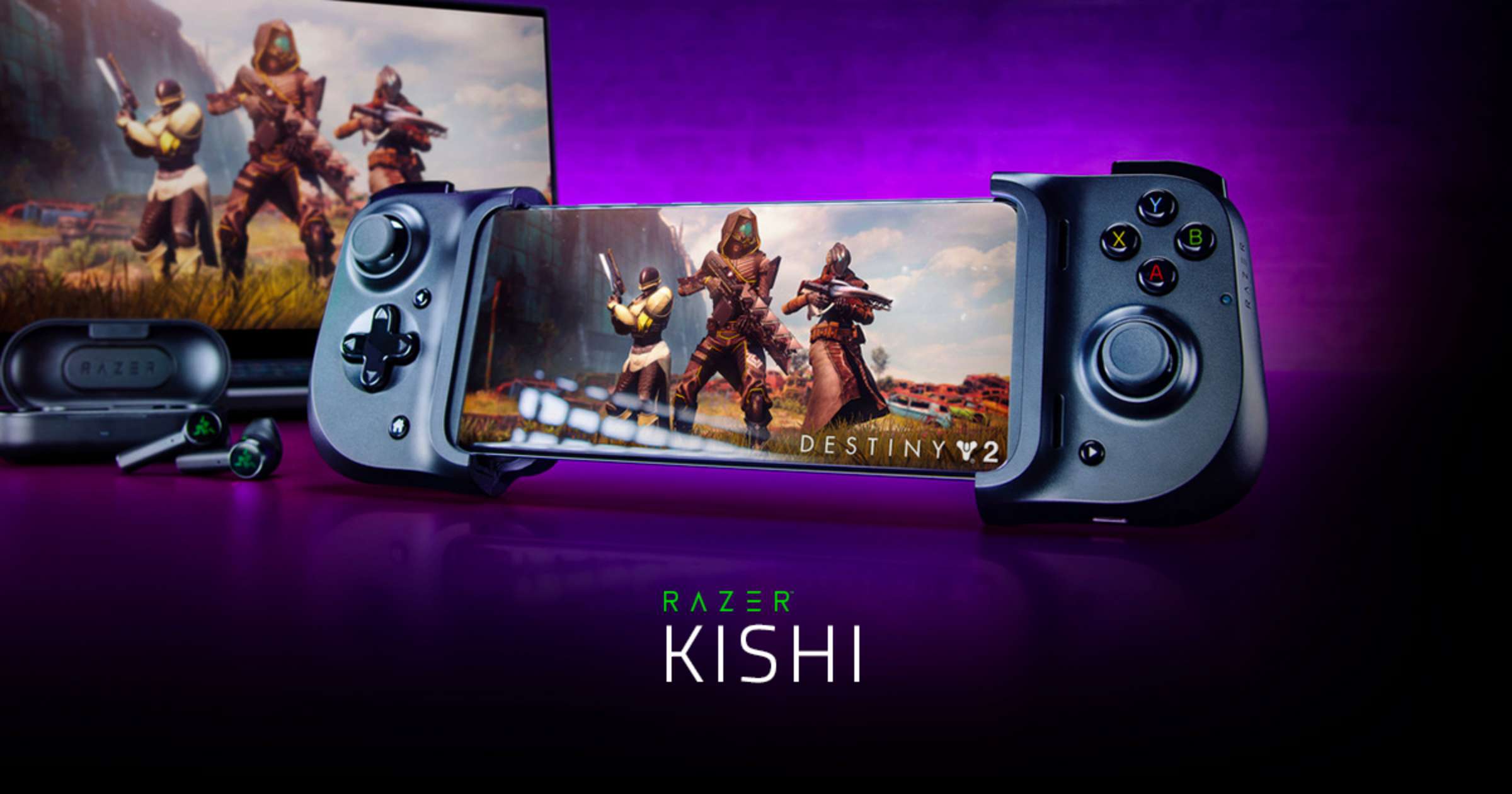 Other than the companion app, there is no additional software required to use the Razer Kishi which is great news for mobile gamers who like to keep their phones light. The companion app is fairly basic and pretty much is just used to launch the application.

To put it bluntly, for the price, there were a few let downs with the Razer Kishi. We have already slated the flimsiness when using large phones and also the Razer Kishi’s hatred towards some games. However, one of the major negatives of the Razer Kishi is actually that it does not fit well on smaller phones.

This is not so much of an issue as most people have modern smartphones or iPhone X’s with massive screens. However, this does eliminate a lot of casual gamers that do not rely upon fast processing power from using the Razer Kishi.

There is also a lack of headphone support with the Razer Kishi which, by all accounts, is not such an issue considering Razer’s incredible Razer Hammerhead True Wireless V2 Earbuds can often be found on sale. Yet, when you are stepping into paying north of $100 for a mobile gaming controller, a feature such as this would have been a total game changer for the unit.

Finally, since we’re on the warpath of slating the Kishi, Razer could have run Kishi through the design team once more. The iconic black and green facade is seriously missing from the Kishi and we would have hoped for something with a little more spark. It looks great and plays great, yet, what happened to your colouring pencils, Razer? 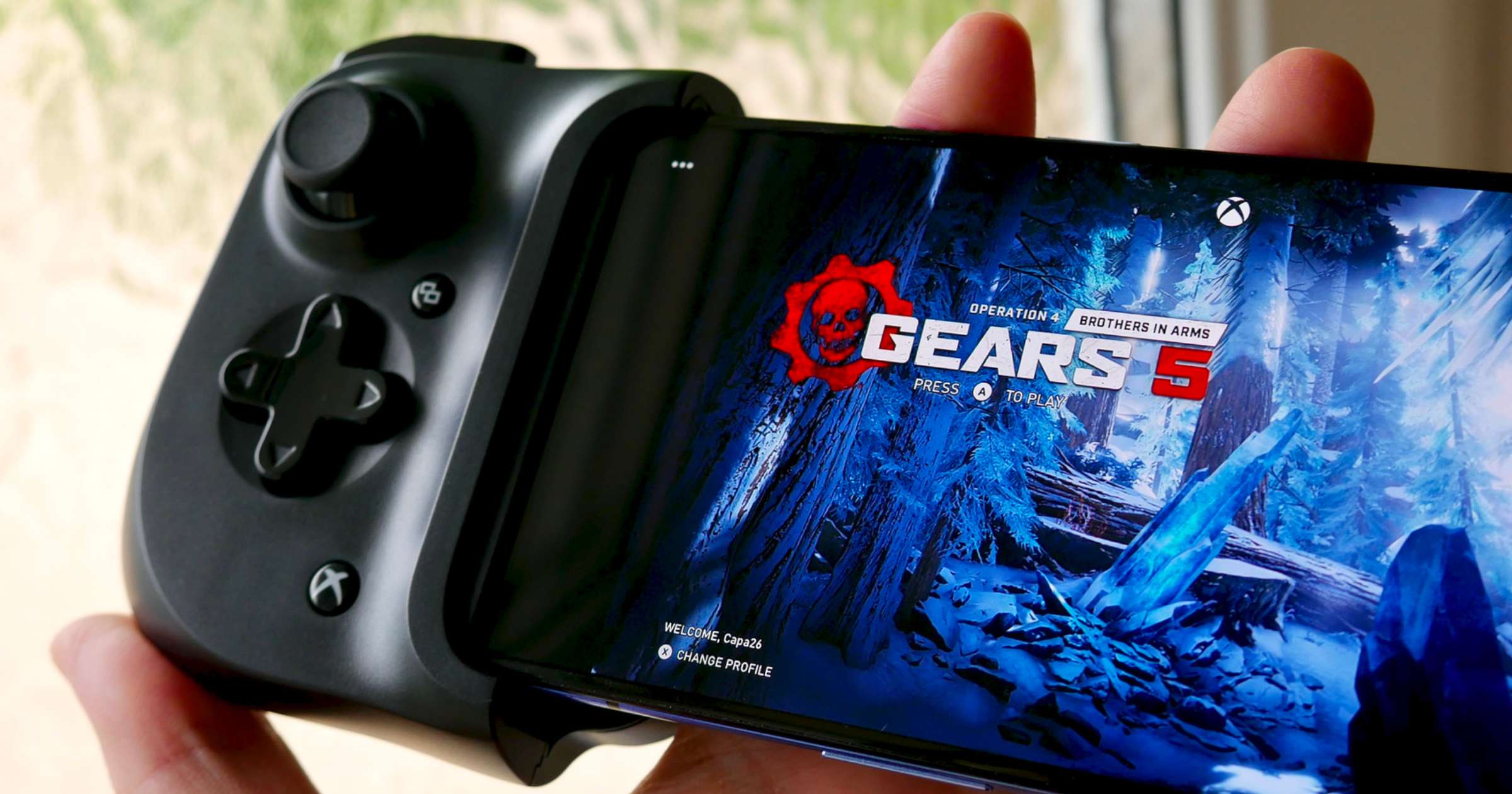 At just under $120, the Razer Kishi is not going to break your wallet and is far improved from other mobile gaming controllers. It is, however, on the expensive side and gamers might be disappointed to learn some of it’s flaws. In particular that Call Of Duty: Mobile is not currently compatible with the Razer Kishi.

That said, there is a lot of value here for mobile gamers who play very often. From giving your fingers a break and using professional ergonomic controls to reducing your latency and never needing batteries again, the Razer Kishi wins across many departments. Not to mention we were so thrilled to never have to bandaid our mobile phones to an Xbox controller again.

We can hear your sigh of relief too!

Overall, depending on your affinity for COD, the Razer Kishi delivers value for money that will not exactly blow you away but will definitely not make you feel ripped off either. But truthfully, we have super high standards so it might just absolutely knock your socks off!
–

Is the Razer Kishi worth buying?

You should buy the Razer Kishi if…

You should not buy the Razer Kishi if… 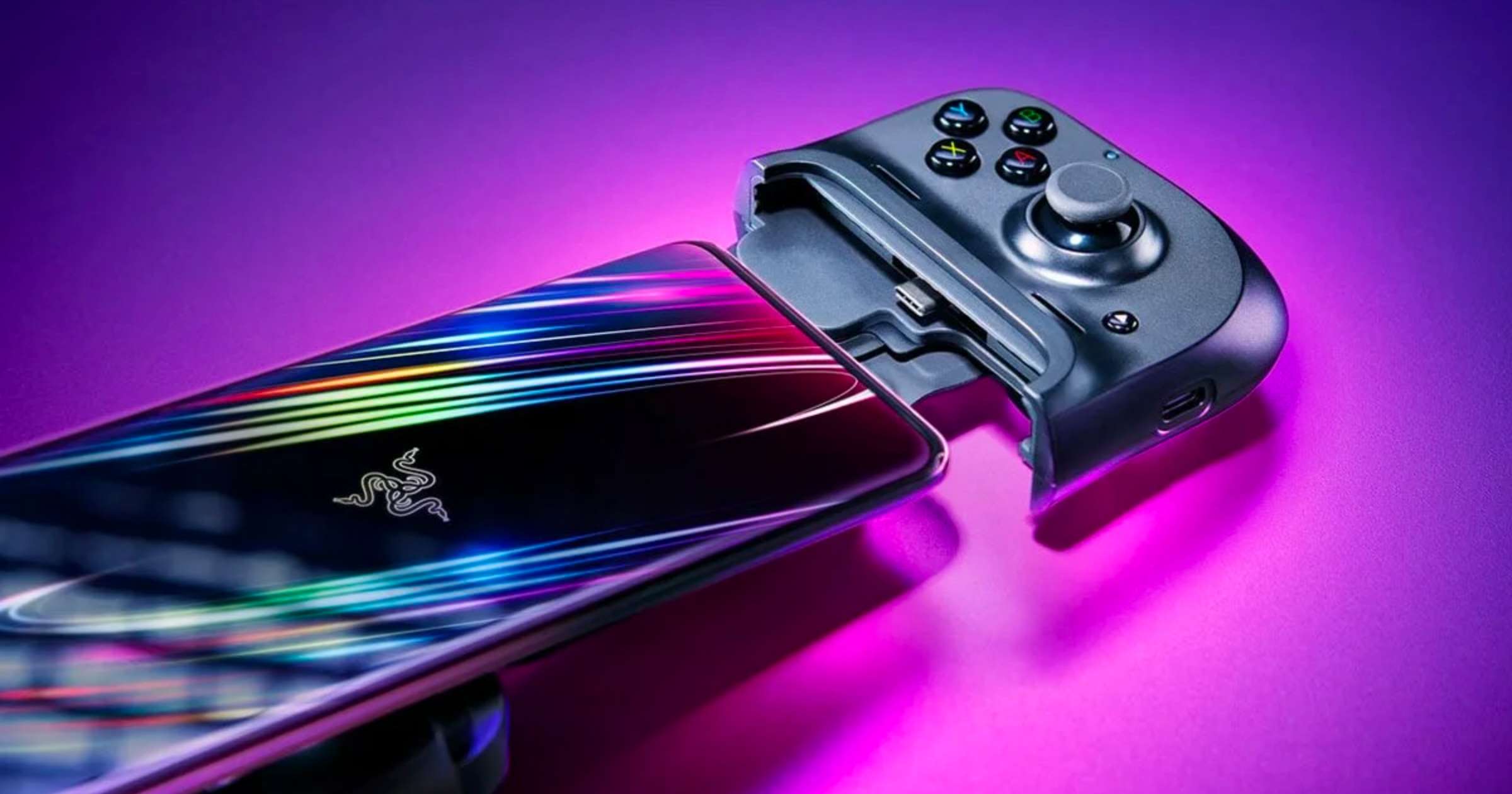 Overall, for gamers using new-generation smartphones, the Razer Kishi is a solid purchase for mobile gaming. As such, we have graded our Razer Kishi review a respectable 84%.

Yes, it’s got some flaws and yes, we wanted more colour to the unit. However, it’s low latency, zero battery usage, smooth ergonomics and clever controller layout, seriously makes up for where it flunks.

While there are many cheaper alternatives for mobile controllers, the Razer Kishi delivers standout build quality, is universally accepted across almost all major smartphones and feels a little more on the premium side.

If you are a AAA gamer that will literally spend days camping on COD, you’re going to be dissapointed that the Kishi does not yet support mapping for this game. Therefore, you might want to wait until that is released or find another controller that will work for Call of Duty. However, the compromise there is that it probably won’t for all other games so be sure to consider what you play before you go and purchase.

As soon as Razer can patch the mapping for some of the AAA games, the Razer Kishi will be an unstoppable force comparatively to alternatives in the market right now.

Razer Kishi Review
Level up your mobile gaming.
Anyone who plays mobile games and doesn't own a Razer Kishi, you should apologise to your hands. Despite some flex for larger mobiles, the Razer Kishi is one of the best gaming controllers you can buy for mobile gaming right now.
Design
85
Durability
91
Gameplay
79
Value For Money
81
FTW
Easy To Use
Compact Design
Comfortable Controls
No Batteries
Took The L
Slightly Wobbly Grip
High End Price
No Headphone Support
84
Editors Rating

Content Disclaimer: This Razer Kishi Mobile Gaming Controller Review is independently written. We have not been commissioned by Razer, nor have we received any royalties for this article. This includes financial reimbursement, free advertising or the Razer Kishi Controller by gift.

Should you click on any link to Amazon and make a purchase, we may receive a small commission. But that’s just how we keep this website alive! Feel free to hit us up in the comments. We would be happy to answer any questions you have about our Razer Kishi Review. We hope you enjoyed reading this article!

You may also like the following articles featuring Razer products: 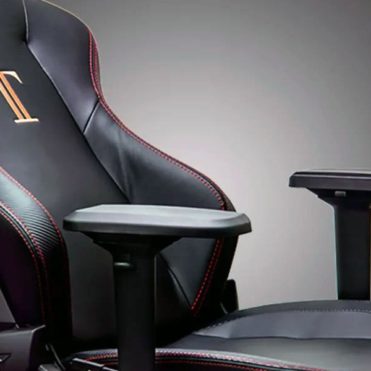 Secretlab Titan 2020 Review
Got an opinion?
Leave us a comment!