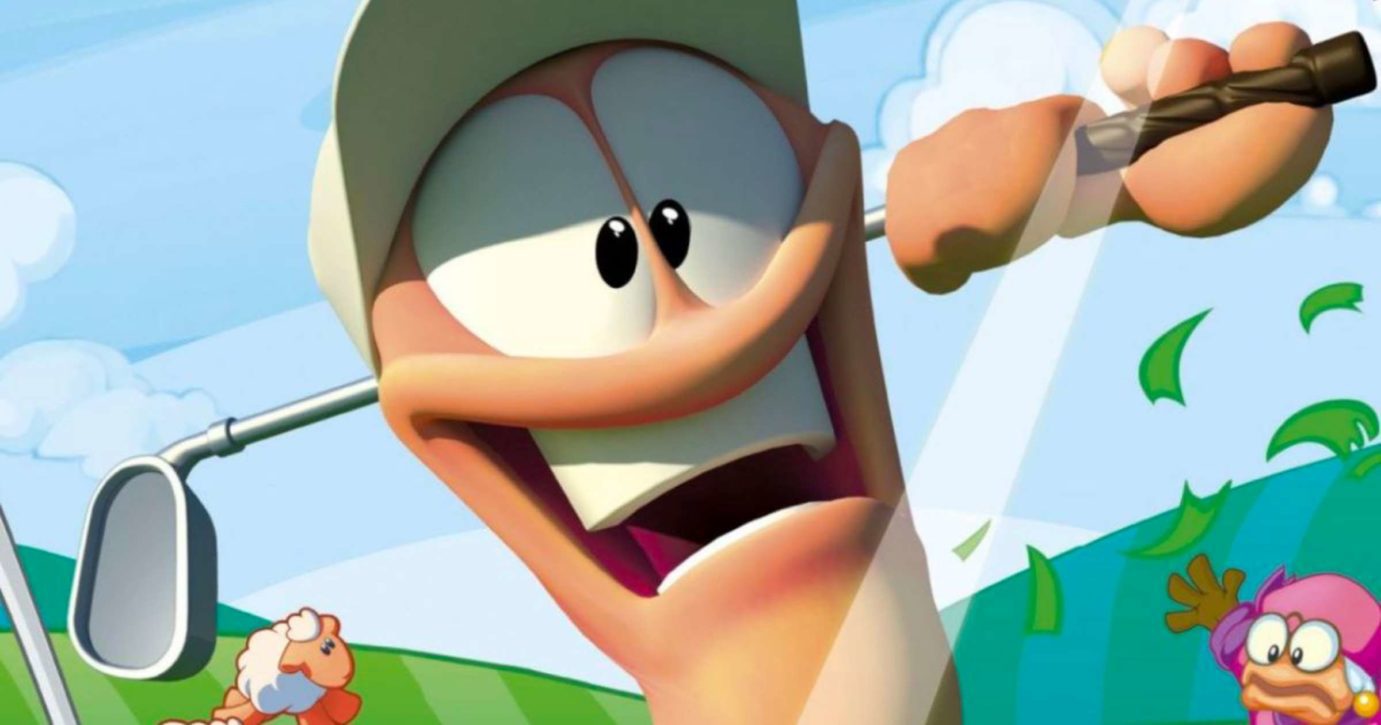 May the fores be with you.

With the inaugural release of EA Sports’ PGA Tour just a few months away, we’re bringing to you our roundup of the best golf games available across major games consoles right now. No matter whether you’re a golfing professional or shanking it every time you take to the tee, we have no doubt that this list of some of the best golfing games will be a huge hit with the entire family.

Although golf simulators and realistic golf games have been dominated by Electronic Arts over the years, a few new entrants into the market of late have ensured that EA Sports will be careful to keep it in the short stuff over the course of the next few releases. No doubt competition from rival developers can only be healthy for golf gaming and we are eager to see what the next generation of consoles brings to the fore. Ha, geddit?

Now, dad jokes aside and in no particular order, enjoy our shortlist of the best golf games available to play right this second. From realistic golf simulators to the whacky past times of crazy golf, there’s something in here for everyone.
– 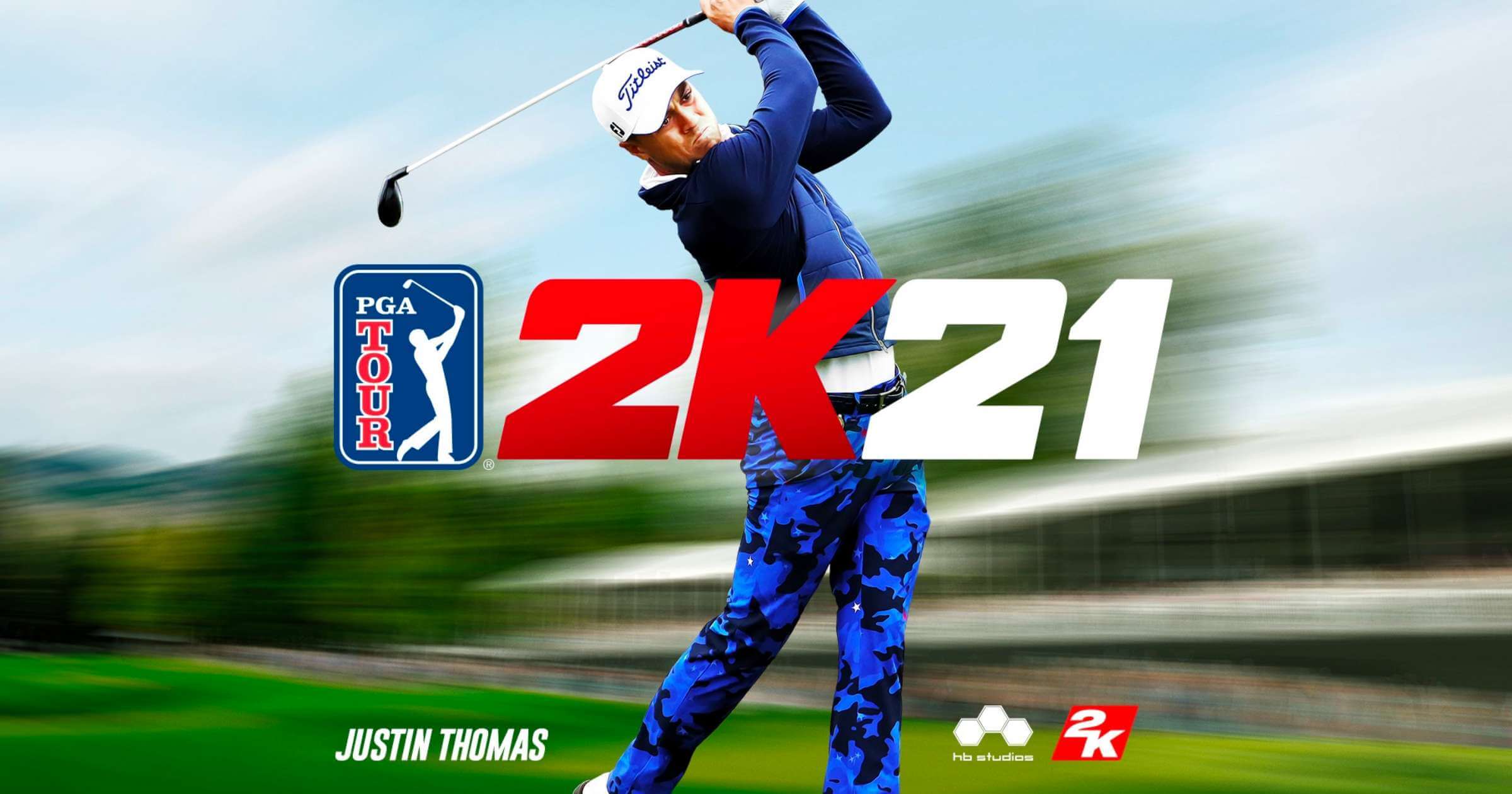 For anybody who loves golf games, you are probably sick of seeing PGA Tour making the list of the best golfing game experiences. However, you cannot deny that EA has dominated this space for, well, since gaming was popularised.

Every year since 1990, we have seen entry to yet another PGA Tour game that brings realistic golfing simulation to our fingertips. No matter who EA dresses the front cover with, you know exactly what you are getting yourself into when you pick up the latest version; a golfing simulator like no other.

Although we much preferred earlier versions of the PGA Tour series (where there was a strong focus on mini-games and target rings to strike), if you are looking to play one of the best golfing games that delivers realistic golf simulation and official courses, there is nothing really that can match PGA Tour 2K21.

From stunning graphics, superb ball control and the occasional wit from commentators, there’s plenty of replay value with this title. Just keep it in the short stuff! 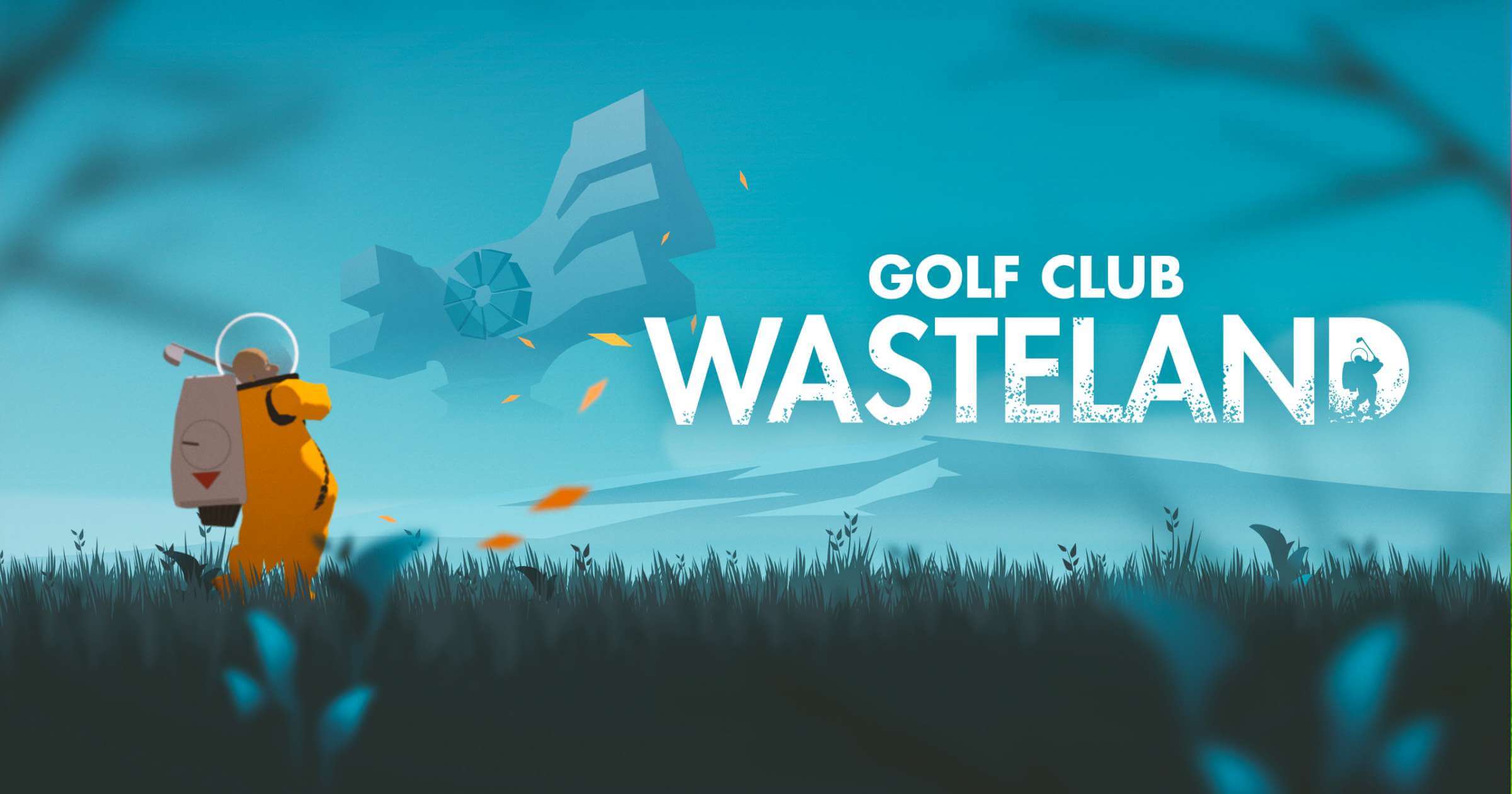 Away from reality and into a realm where humans have been wiped out and Earth is now a golf course, say hello to Golf Club: Wasteland.

Taking a classic sport into imaginative new heights, Golf Club: Wasteland is a 2D indie golf experience that tells the story of Charlie; a pilot from Mars who is back on Earth for one last game of golf amongst the picturesque landscapes of our destroyed planet. Now, whilst that synopsis sounds lame, don’t be fooled as Golf Club: Wasteland has a compelling story that delivers a serene, peaceful golfing experience.

As you putt around abandoned museums, monuments and malls, you will learn about Charlie’s story and navigate through crazy golf-esque courses. Truthfully, Golf Club: Wasteland is extremely creative and stretches the boundaries of what traditional golf games have failed to explore.
– 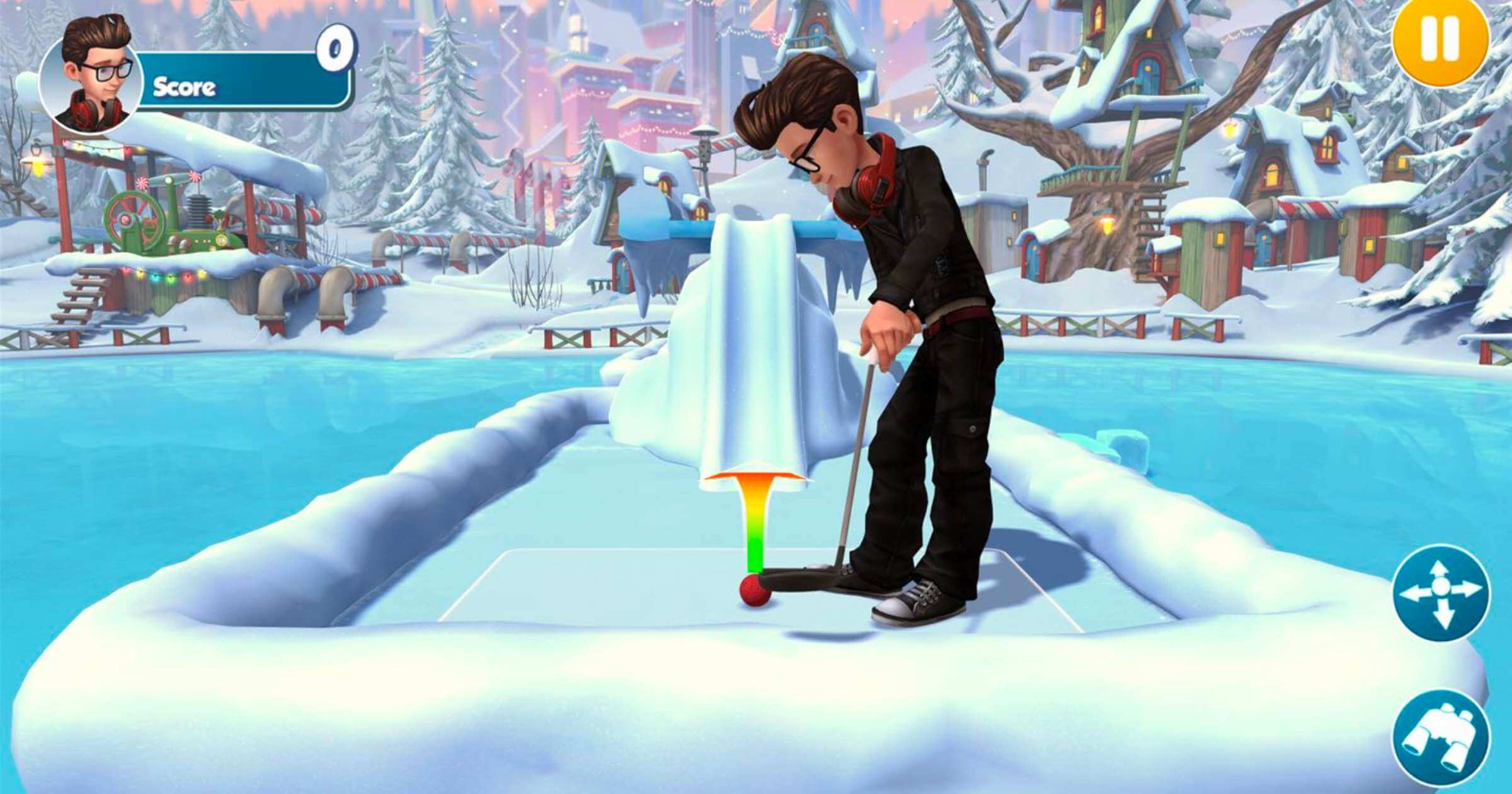 Straight out of Zen Studios our award for the best mini golf game goes to Infinite Minigolf. As you may have guessed by the word ‘infinite’ you can play on an unlimited number of minigolf courses throughout Infinite Minigolf. It is truly a never-ending experience.

As one of the best golf games for PC players, challenge yourself with competitive tournaments, unlock powerups, utilise perks and experience a unique style of miniature golf gameplay. One of the best features of Infinite Minigolf is its accurate physics and detailed range of environments. Crafting stunning experiences with each course providing a distinct visual theme, there is so much replayability with Infinite Minigolf.

What’s more, players can use the game’s robust toolset to create their own amazing minigolf courses and share them with the community. Showcase your creative abilities to other players worldwide, sink a birdie or two and enjoy Infinite Minigolf.
– 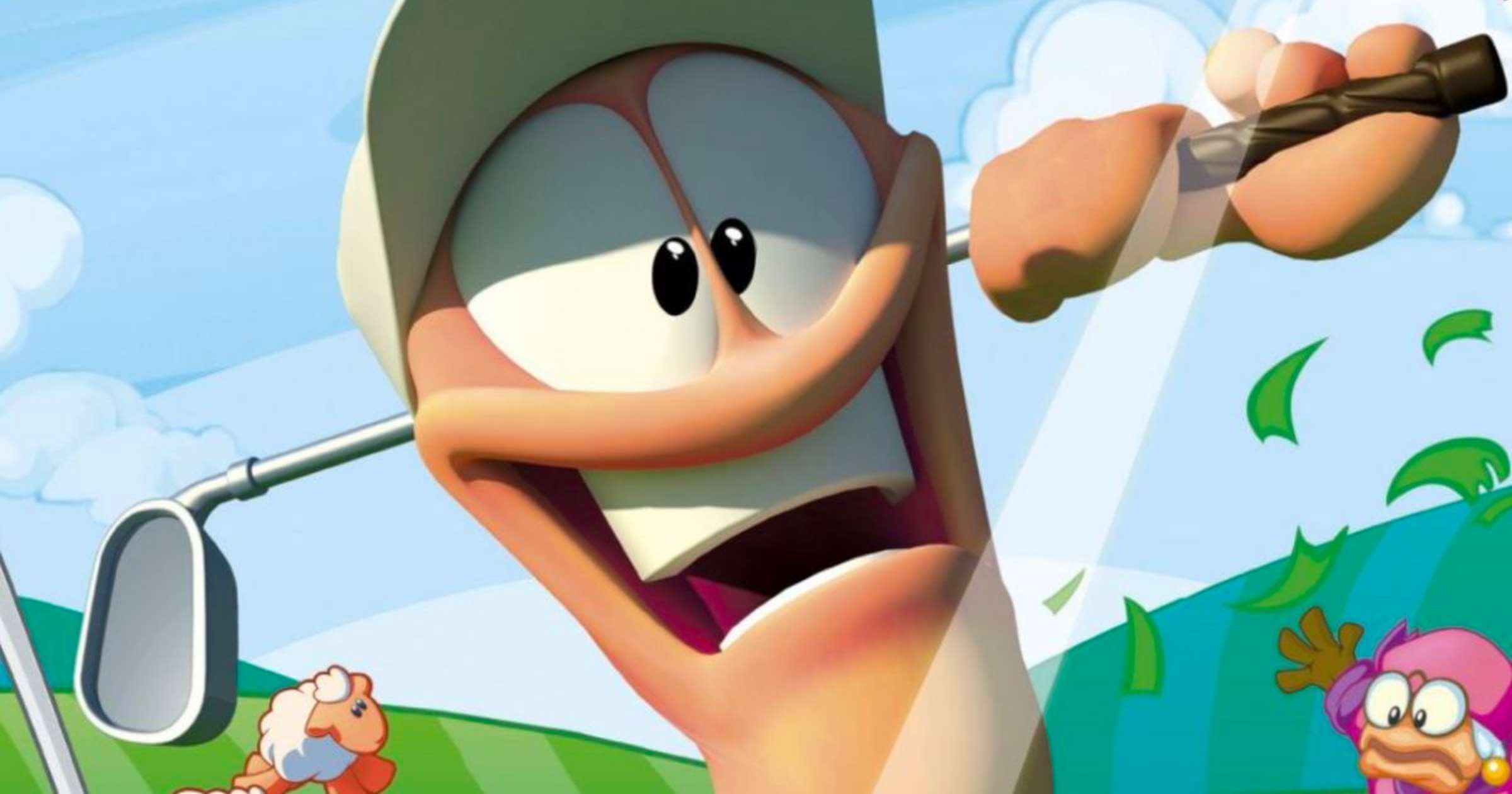 Speaking of the best crazy mini golf games, is there anything crazier than a mashup between the cult classic ‘Worms’ and our beloved sport? We think not!

Despite being released over a decade ago, Worms Crazy Golf makes our shortlist as one of the best golf games just purely due to fact that the game is absolute insanity. As you can expect with any Worms title, Worms Crazy Golf is a side-scrolling experience that comes blessed with stunning colours, whacky characters and hella cute voiceovers.

Oh, and absolutely everything explodes.

As a simplistic golf game that allows you to aim your cursor and click to strike the ball, Worms Crazy Golf is not your conventional take on golfing, however, it’s absolutely bonkers nonetheless. Make use of power-ups to gain advantages and enjoy both single-player or multiplayer up to 4 player modes.
–

Make good use of Unity Engine, What The Golf is whacky, unique and full of puzzling challenges. As a silly physics-based golf parody, players will endure some of the craziest golf courses that will literally make you go ”What The Golf?”. Despite the wackiness, What The Golf plays out like any traditional golf game where players take turns to sink the ball within as few shots as possible.

Bring your car to the Driving Range, golf a bird to get a Birdy, or a house and get a Home In One! Just whatever you do, don’t let your imagination limit you with this golf parody game.
– 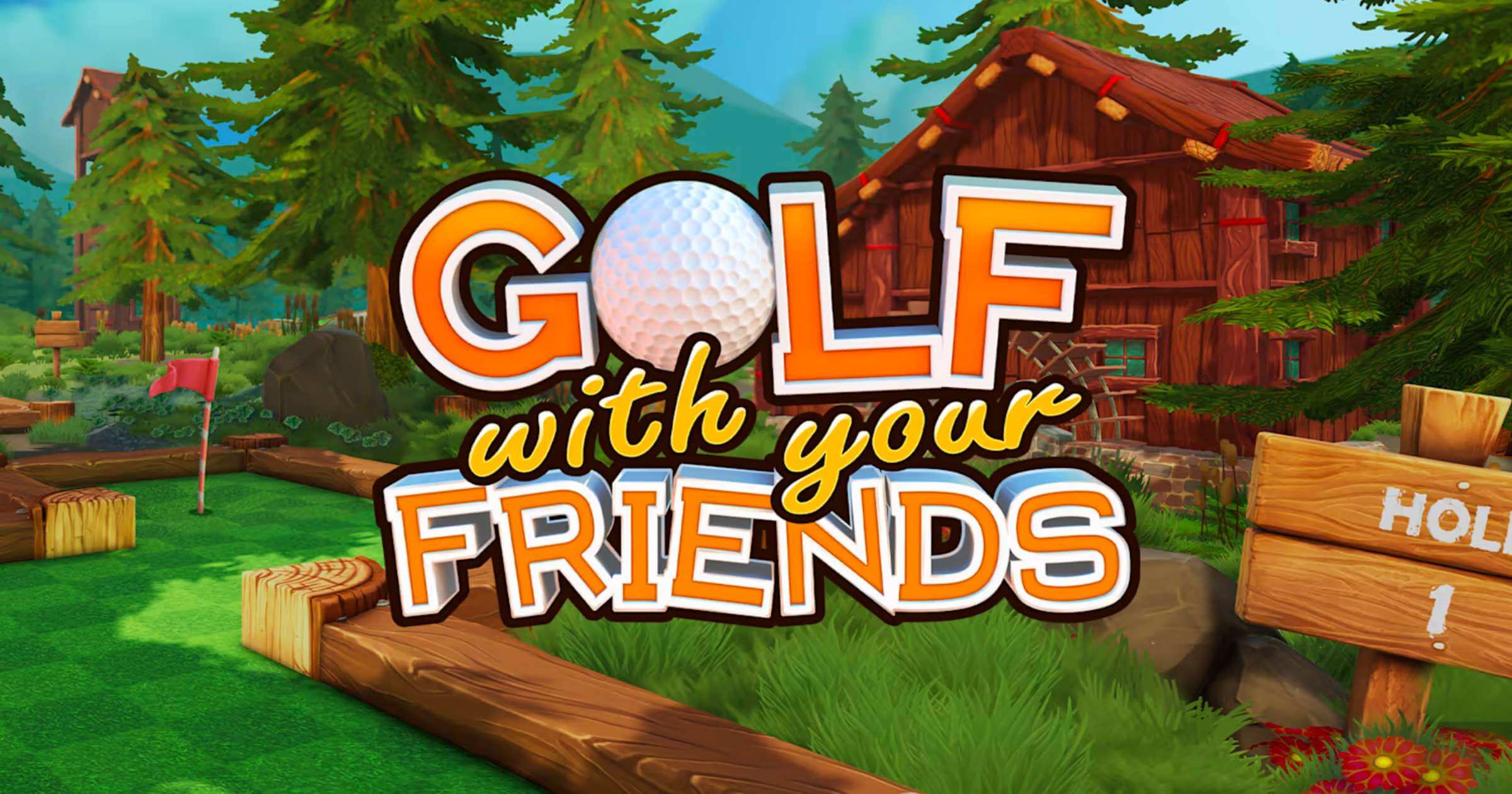 Golf With Your Friends

Published by Team17 (an independent indie games developer), Golf With Friends is the ultimate cartoon online golfing experience. As the name dictates, Golf With Your Friends is a multiplayer mini golf game for up to 12 players.

With entertaining courses, you will find plenty of fun across 11 levels and over 180 holes to play. It’s simple and designed to get you onto the course with your friends within a matter of seconds. Play with randoms from around the world or create a local server to challenge your closest rivals to a round of 18.

Then, when you are done with the core courses, check out a variety of game modes such as Dunk and Hockey game alongside using power-ups that trap your friends in honey, morph them into random shapes and even freeze the ball mid-flight.
– 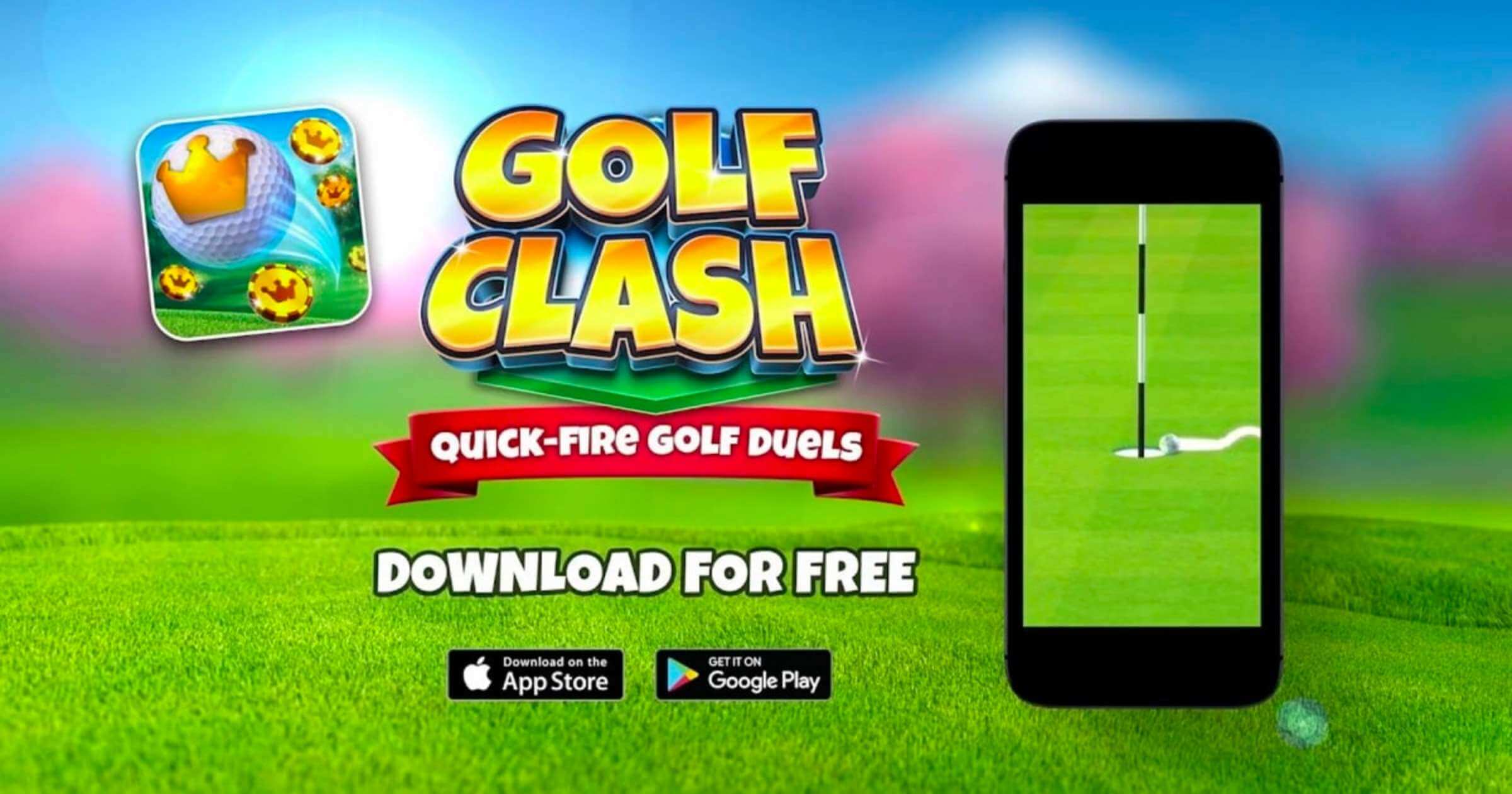 With over 2 million reviews on the Google Play Store, Golf Clash is an award-winning mobile golf game that has taken the world by storm. As the best mobile golf game on the planet, Golf Clash pits you against real-world players in a battle to the pin across a variety of tournaments, 1v1 golf games and challenges. Heck, you can even challenge your Facebook mates to a longest drive challenge.

Tee off on beautiful courses against players around the world, upgrade your clubs and unlock tours as you master your golfing skills, in the quest to be the Golf Clash King! What’s more, the game is totally free and comes with dozens of courses and weekly leagues to win club card bonuses.

Honestly, Golf Clash is without question the best arcade mobile golf game the world has ever seen and you must give this one a try today. Thousands of players are online and ready to be challenged right now.
– 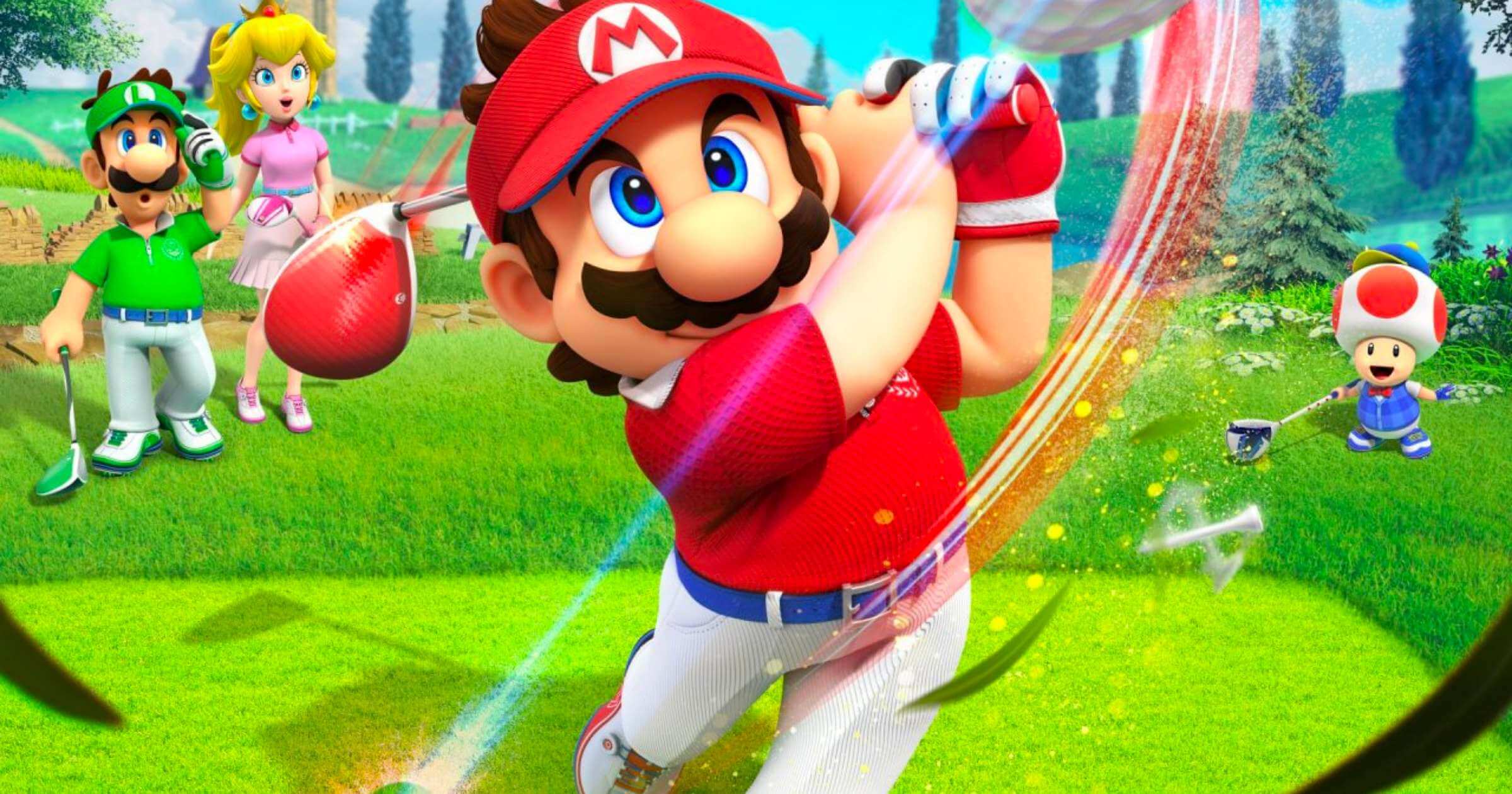 Tee off with family and friends in the biggest Mario Golf game yet. Hit the green with up to four players locally or online and golf with familiar Mushroom Kingdom characters. Trust us, this golf game is totally wild!

As much as we could list all of the best golf games, we have attempted to pick a variety of titles that would suit the diverse range of audiences that play video games today. That said, if you do not like any mentions within our shortlist of some of the greatest golf games, here are some other titles that might take your fancy!

Truthfully, any one of these golf game alternatives could also have made the list. So, there are plenty of options to choose from, no matter how tight the wallet.
–

Honestly, it’s a real shame that there are not more golfing games on the market. However, as one of the smallest audiences for sports games on consoles and PC, it stands to reason that there is just not enough demand to warrant a flurry of experiences. That said, between some of the best golf games for simulation and an array of crazy golfing games, there is more than enough to enjoy with your friends and family.

Take your fancy between casual and traditional golf gaming or stupendously crazy experiences. Almost all golf games are best played with friends and family so be sure to team up with your buddies.

Which is your favourite golf game?

Share with us in the comments below and don’t forget to read our other reviews to complete your collection with incredible titles and gaming gear.

Content Disclaimer: This curation of the best golf games has been independently written. We have not been commissioned by any of the producers or manufacturers, nor have we received any royalties for this article. This includes financial reimbursement, free advertising or any free games.

Should you click on any link to Amazon and make a purchase, we may receive a small commission. But that’s just how we keep this website alive! Feel free to hit us up in the comments with any questions you have about our reviews or the best golf games available on your favourite consoles right now.